Remembering "the man who saved comics" 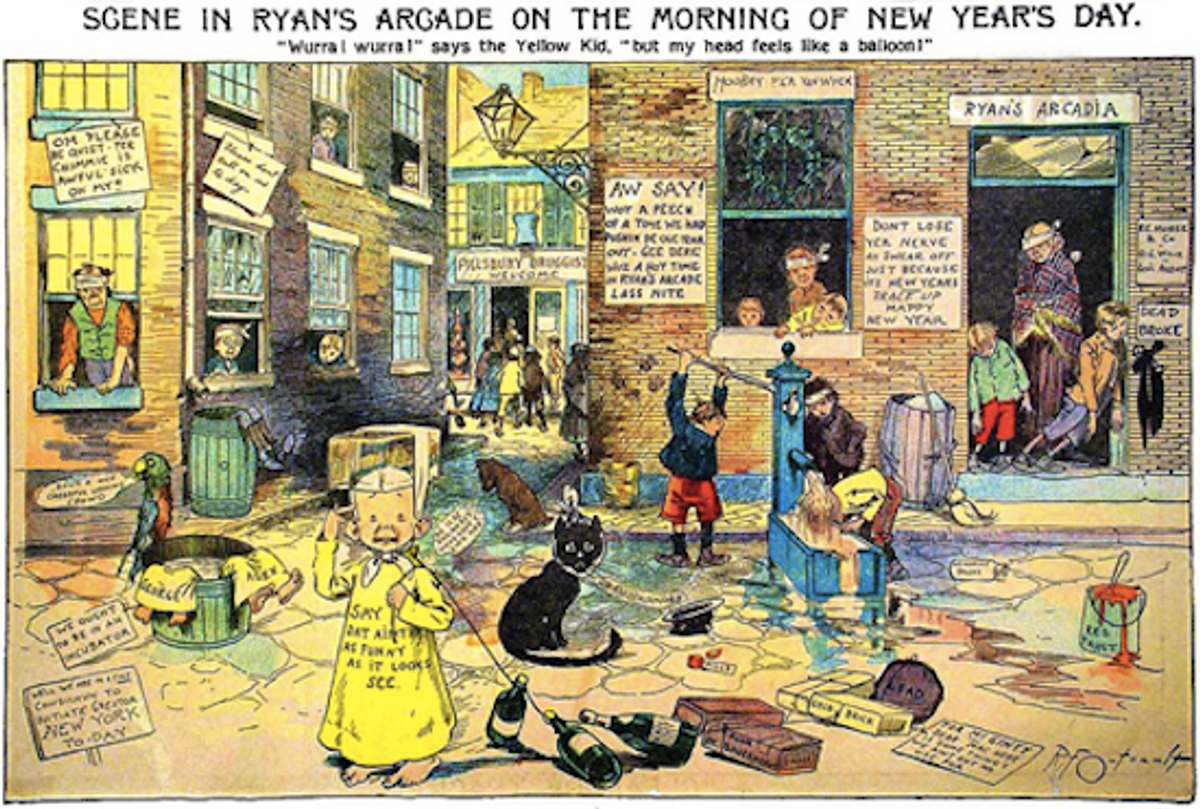 Last week Art Spiegelman called, saddened and surprised that Bill Blackbeard, founder of the San Francisco Academy of Comic Art (SFACA), had died in early March, and "nobody has heard about it until now." His wife apparently did not inform anyone of the passing for a month. Blackbeard was a dedicated keeper of the comics, who devoted his life to preserving them and raising their cultural visibility. His death is an occasion to celebrate his life, and not just in the comics community.

The news was announced in the Comics Journal in an obituary by R.C. Harvey titled "Bill Blackbeard, The Man Who Saved Comics, Dead at 84." He writes:

Bill Blackbeard, without question or quibble, is the only absolutely indispensable figure in the history of comics scholarship for the last quarter century and will undoubtedly retain the title for well into this century and beyond. On March 10, only a few weeks shy of his 85th birthday, Blackbeard died in California at Country Villa Watsonville East Nursing Home where he had been living for some time. But long before he died, Blackbeard knew he would live on in scores of books that reprint American newspaper comic strips, all compiled from his monumental collection.

This was followed by a memorial, "Bill Blackbeard R.I.P." by Jeet Heer, here:

If I had to sum up the achievement of the late Bill Blackbeard in one sentence, I would say that he was the man who gave comics its memory. Cartoonists like Winsor McCay and Frank King were immensely popular in their heyday but they worked in a notoriously fleeting medium, the newspaper page, and once their work stopped being published they were relegated to the dusty corner of the cultural consciousness reserved for trivia questions ("Who created Gasoline Alley?"). Largely thanks to Blackbeard's unparalleled work as a collector and archivist, McCay, King, and countless other cartoonists from the early 20th century aren't just answers to trivia questions, but rather are living forces in the comics world, with their major works in print and vibrantly influential on the best young cartoonists of the day.

I met Blackbeard only once, when he came to speak at an annual symposium I had co-chaired at SVA, Modernism & Eclecticism: The History of Graphic Design. He was surprisingly shy onstage, but his passion was extreme. I recall getting in an argument with him over racial and ethnic stereotypes in comics (I was writing a book on the subject). He said they were indeed racist, but context is everything, and discussing stereotyping in relation to American history would fill volumes. Alas, I never finished mine.

As Spiegelman and most anyone involved in comics will tell you, without Blackbeard, the so-called Savior of Paper, comics would be a trivial pursuit in pop culture. His "Smithsonian Collection of Newspaper Comics" was the turning point in the study and popular appreciation of the form. He didn't just leave lots of comics in his collection, he left an invaluable historical record (currently residing at Ohio State University).

For a significant article on Blackbeard's essential contribution see Jenny E. Robb's "Bill Blackbeard: The Collector Who Rescued The Comics" here. And here is an excerpt:

For Blackbeard, collecting newspapers and comic strips became more than a hobby and more than a career; it became his way of life. He and his San Francisco Academy of Comic Art call to mind the words of Nikolai Aristides, who defined a collection as "an obsession organized'' and says of the collector, "if he has any introspection, he begins at some point to sense that the collection possesses him'' (330). In the text for an SFACA brochure written in 1975, Blackbeard promises "twenty-four-hour accessibility to this material.'' Twenty years later, he wrote, "The Academy founder and director is in residence at the Academy with his wife (who is employed elsewhere), and is thus able to work with the collections and Academy undertakings during his waking hours seven days a week'' (Blackbeard, A Brief 1995 Summary, 2). An early Los Angeles Times article by Charles Hillinger about the collection reported that Blackbeard and his wife sold their car and most of their possessions to start the Academy.