Fight over Israel and Tony Kushner heats up 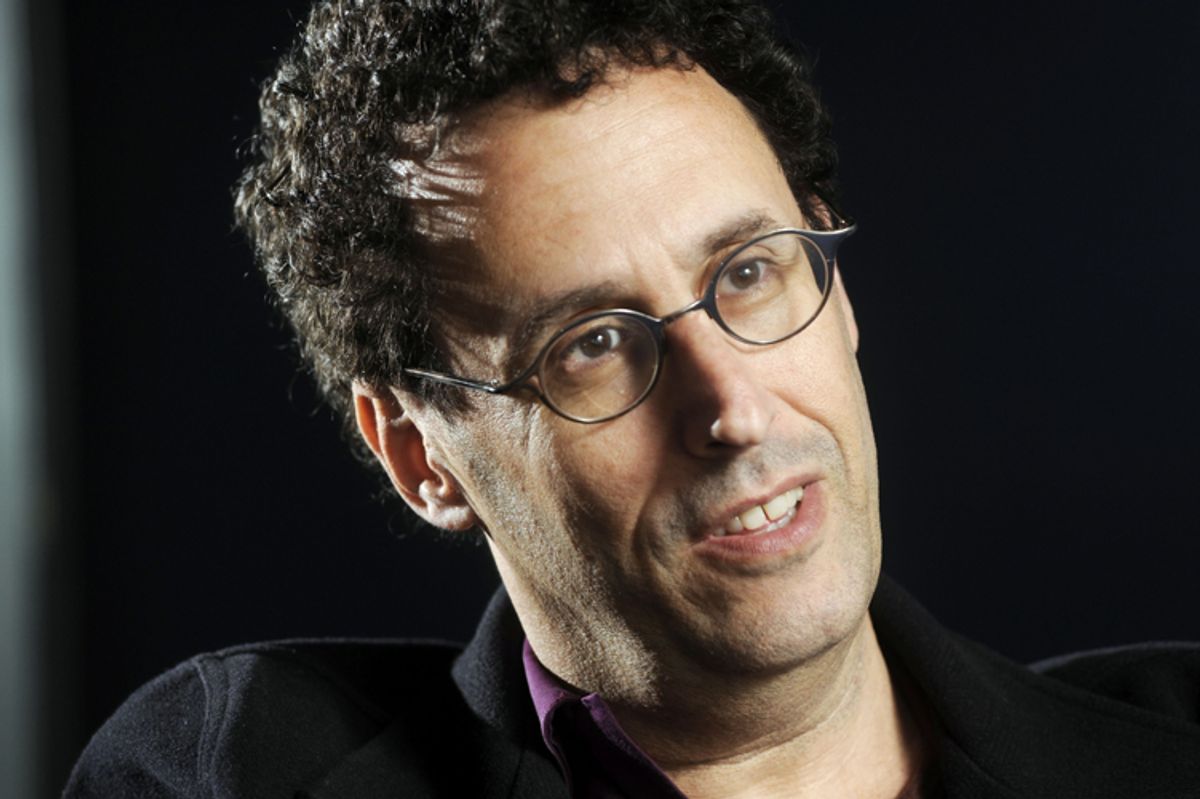 A noted Yeshiva University historian is seeking to return the honorary degree she holds from the City University of New York after CUNY's board blocked a similar honor for the playwright Tony Kushner, citing his criticism of Israel.

After the news broke yesterday that Kushner's honorary degree had been blocked by the CUNY board, things have quickly escalated.

Ellen Schrecker of Yeshiva University fired off a letter of protest to the board of trustees asking how to return a 2008 honorary degree -- "the greatest honor I had ever received" -- to John Jay College, a CUNY school.

"I received my honorary degree from CUNY because of my scholarship on the McCarthy period, when over one hundred professors (including at least fifteen from the New York City municipal colleges) lost their jobs for political reasons," writes Schrecker. "I assume that no one within CUNY’s Board of Trustees or administration wants a repeat of those dark days. Certainly, the John Jay faculty and administration, whose judgment the CUNY Trustees overrode, realize the value of academic freedom today."

Meanwhile, Jeffrey Wiesenfeld, the CUNY board member who objected to the Kushner degree, has written an Op-Ed asserting that if Kushner's "libelous statements against Israel were made by anyone outside the Jewish community, that person would be correctly labeled an anti-Semite. " (Kushner outlines his views on Israel here.)

And CUNY's faculty union has strenuously objected to the board's decision, calling for it to be reversed:

The vote on the proposed honor for Kushner is especially perverse in light of Kushner’s long history of public defense of CUNY and his courage as a speaker of truth to power. More than once, as CUNY funding has come under attack, Tony Kushner has been among the first and most eloquent public figures to spring to the defense of its students and its democratic mission. A more courageous writer would be hard to find.

The attack on Kushner represents an attempt to close off and narrow public debate. In bowing to that attack, the Trustees’ craven decision is an offense against open intellectual discussion and freedom of thought. It dishonors our University, and the values for which we ought to stand.

Remember, exactly this sort of outcry succeeded in pressuring CUNY to reverse its stance in another Israel-related controversy earlier this year. Kushner now says he wouldn't accept an honor from CUNY. But stay tuned, this could get interesting.