The "American Outlaw" tries to win back the public by dissing Sandra Bullock's skills in bed. Classy move 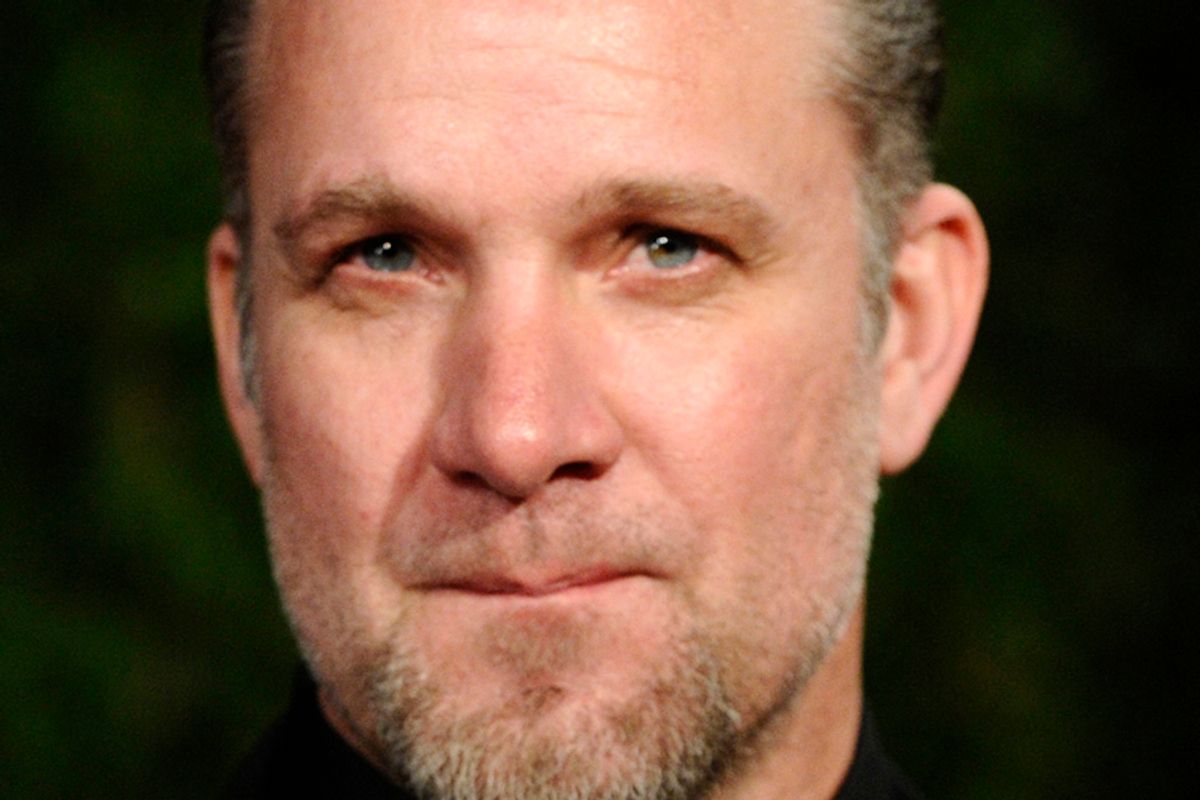 In case there was any question lingering in your mind whether Jesse James is still a raging jackass, his latest attempt at public relations should remove all doubt. Promoting his new memoir, "American Outlaw," the man who cheated on America's Sweetheart with a White Power enthusiast and then bragged of being "the most hated man in the world" seems determined to drum up even more ill will. During a Wednesday visit on Howard Stern's Sirius show, Stern questioned the thrill-seeking entrepreneur/reality star about whether his fiancée, Kat Von D., was better in bed than Sandra Bullock, and James unhesitatingly replied, "That one's an easy no-brainer ... Yes sir, 100 percent." Way to win back your public, James! Maybe he's jealous of all the attention Osama bin Laden and Charlie Sheen have been getting lately.

James, who did a 30-day stint in an Arizona treatment facility last year, certainly has a right to move on and be happy after a childhood that he says included terrifying abuse and an adulthood wracked with ill-starred marriages to porn stars, custody battles and, ultimately, embarrassing revelations about his dalliances. He is a man who today is obviously madly in love with his bride-to-be, and you know what they say -- fourth time's the charm. He told People this week his tattoo artist lady "loves me like no woman ever has, 100 percent." If you're doing the math, that's 200 percent sex and love, right there. James has in recent months been downright schoolgirlish in his public declarations of ardor.

Yet as he attempts to salvage his public persona, the man who's been riding the bad boy shtick his whole career won't go the blubbering Republican adulterer route. Nooooo, he's got to be the tortured, self-hating rogue who still wants the world to know he is having hotter sex than anyone has ever had before in the history of sex. And though a year ago he was admitting of his affair that "I knew it was horrible. It made me feel horrible. It was me trying to self-sabotage my life," he's now going into more depth about the causes, including a game-changing car ride in which Bullock asked him to turn down the radio. "I lowered it. Of course I did," he writes in his memoir. "That's what any husband would do for his high-class wife. She wasn't some whore in the back of a Daytona nightclub; she was a lady, with gentler tastes. But in the back of my mind, I couldn't help but feel kind of cheated. It was like I was Huckleberry Finn, when Widow Douglas decides to adopt him. They were 'sivilizing' me, and I didn't know how to make them stop." So he did the only thing a man whose wife is not some Daytona whore could do to make him feel less "Mentally at a loss, desperate for something to make me feel like I had some sense of freedom ... to assert my independence over my life." He banged a lady with a tattooed face.

Were James writing from some great emotional distance, as a man who has made his amends and can tell the world, "behold the cautionary tale here," his saga might have a wry, redemptive appeal. But the dude is still talking like he's taking jerk pills. On "Good Morning America" Wednesday, he shrugged to Vicki Mabrey that "I can't worry about [Bullock] anymore. I've spent a good chunk of the last five or six years worrying only about her and what she thinks and what I should do and controlling all my movements and everything else. It's time to worry about Jesse, and what makes Jesse happy."

And what makes Jesse happy is talking about himself in the third person and boasting about his girlfriend. He told Howard Stern Wednesday that Kat Von D. is "a vixen, man, the way she gets in my head. It's a mental thing; [we're] connected on a whole different level." He also added (hinting perhaps that he is far more magnanimous than his ex-wife Sandy) that "If she cheated on me, I'd forgive her and still love her." I hope he throws that clause in the wedding vows.

James' penchant for living outside the box is the essence of his fame. But while it's one thing to be the guy with the motorcycle and the hot fiancée, it's another to essentially badmouth the woman you cheated on. It's ungracious and petty and it doesn't make you look, as you claim, like you're "moving forward, thinking clearly and becoming a better person." Better people don't compare the sexual prowess of their partners on Howard Stern, no matter how much Stern may goad them to do so. Better people don't subtly blame others for their screw-ups. Even authentically cool bad boys don't do that. And while he may well be on the road to redemption in both his personal and professional life, Jesse James could still stand a little improvement. About 100 percent.