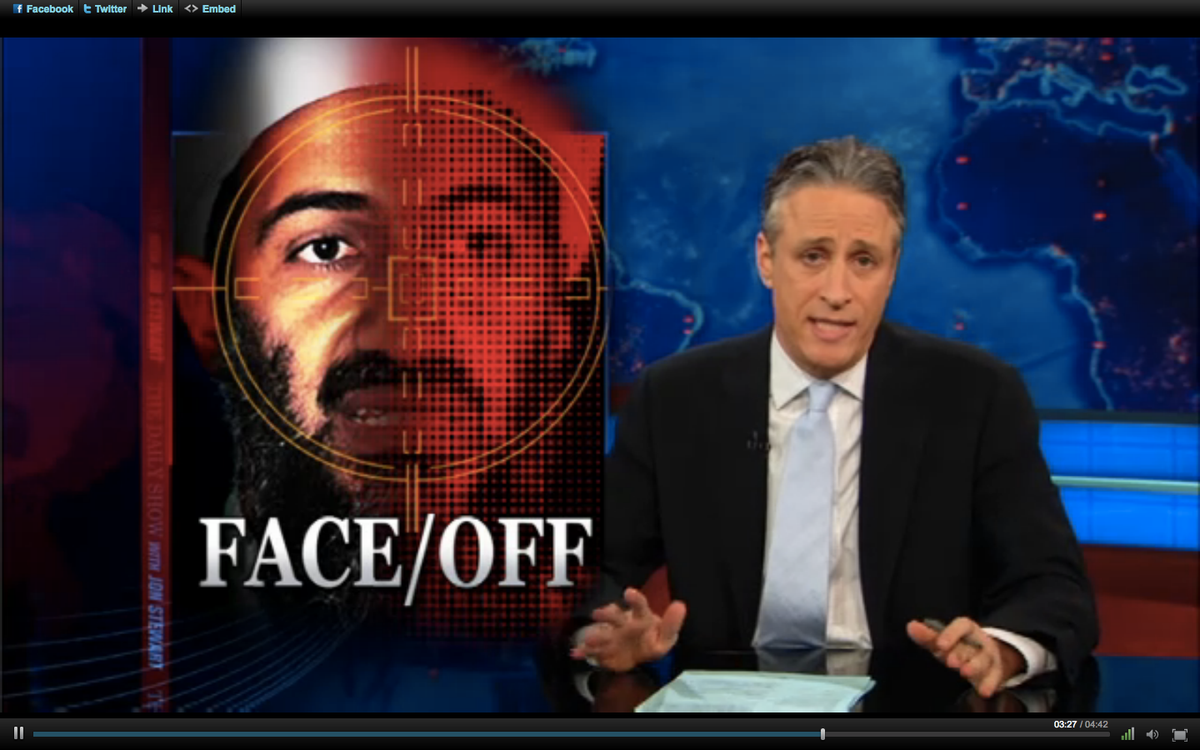 In a segment on last night's "Daily Show," Jon Stewart argued for the release of graphic photos of Osama bin Laden's body, which President Obama yesterday announced would remain classified.

"We've been fighting this war for nearly ten years ... and we've seen nearly zero photographic evidence of it," Stewart said. "We can only make decisions about war if we see what war actually is, and not as a video game where bodies quickly disappear, leaving behind a shiny gold coin."

Although his argument was serious, Stewart did end on a humorous note: "The White House announced today it officially decided to not release the bin Laden photo. Instead, to keep it a secret, they're going to airdrop it into an affluent Pakistani suburb, so it won't be found for years."

Salon's Joan Walsh yesterday supported Obama's decision not to release the death photos, arguing: "There's absolutely no upside: The lunatic fringe will still doubt the evidence, and gruesome corpse photos run the risk of creating a backlash against bin Laden's killing that doesn't exist so far." You can read her full piece here.