Only 1 killed in bin Laden raid was armed 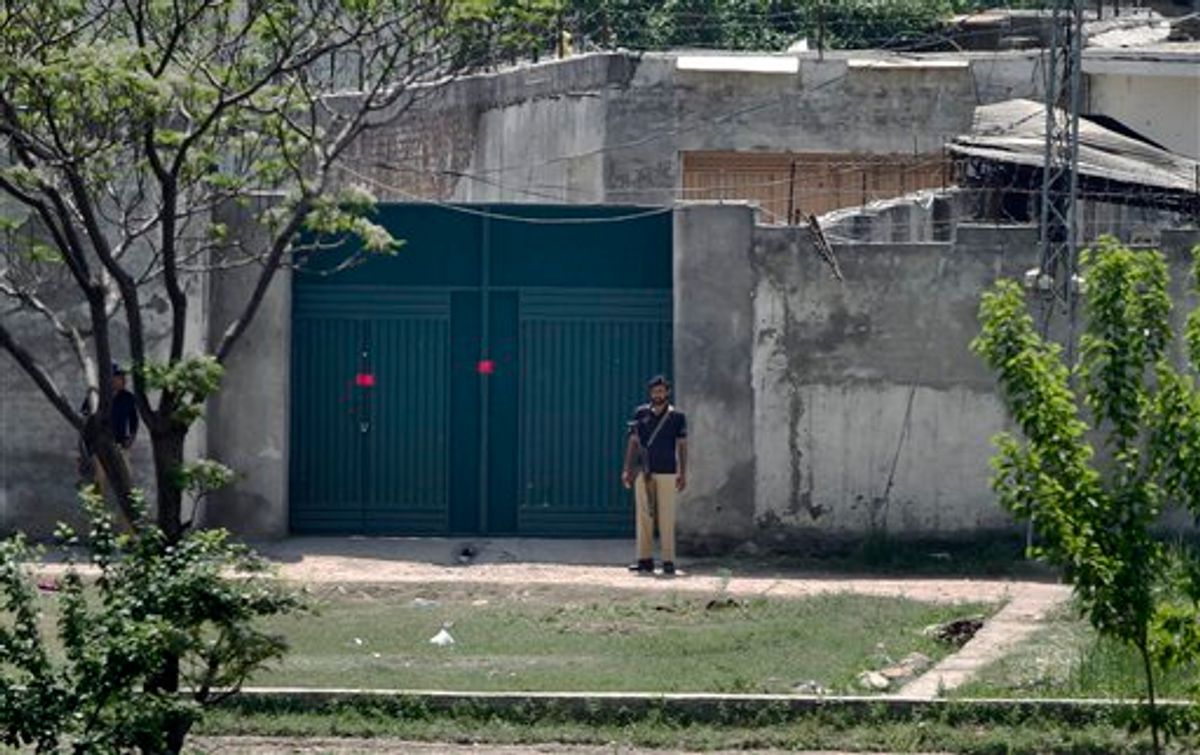 Pakistani police officers stand guard at the main gate of a house where al-Qaida leader Osama bin Laden was caught and killed in Abbottabad, Pakistan on Wednesday, May 4, 2011. The residents of Abbottabad, Pakistan, were still confused and suspicious on Wednesday about the killing of Osama bin Laden, which took place in their midst before dawn on Monday. (AP Photo/Anjum Naveed) (AP)
--

A senior defense official says only one of the five people killed in the raid that took down Osama bin Laden was armed and ever fired a shot.

And the official says that shooter was killed in the early minutes of the commando assault -- an account that differs greatly from original reports that portrayed a chaotic, prolonged firefight amid stiff resistance.

The official spoke Thursday on condition of anonymity because he was not authorized to speak on the record. The new details emerge after officials have had time to debrief the Navy SEALS who pulled off the raid in Pakistan.

He said the operation was a precision, floor-by-floor mission through bin Laden's compound where all of the others encountered were not carrying weapons and were quickly eliminated.