Who should play Lucifer?

With Bradley Cooper negotiating the role in "Paradise Lost: 3D," we look at Satans of the past and possibly future 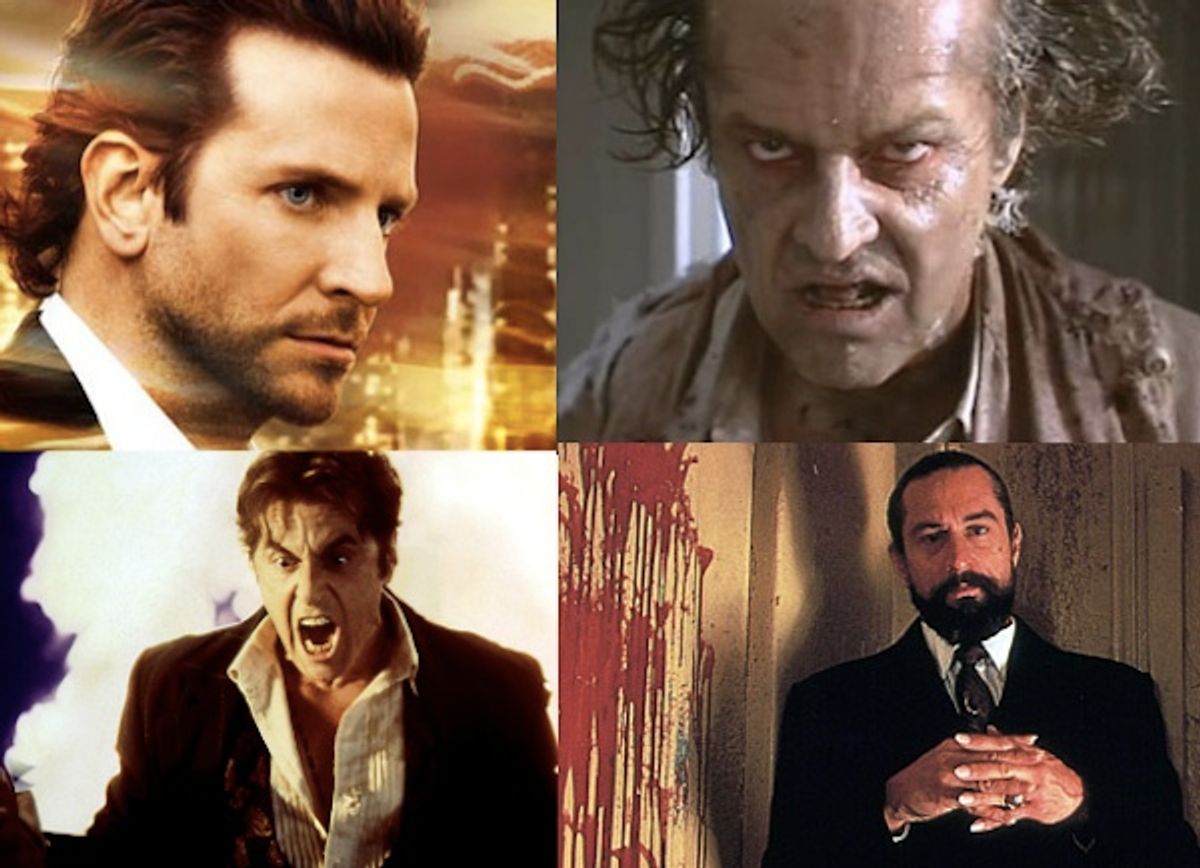 Lucifer, Satan, the Devil...choose your poison.
--

Here is news that's going to make you very happy or very angry: Bradley Cooper is close to being cast as Lucifer in a 3D adaptation of "Paradise Lost." Yes, it's baffling that someone would even consider turning the famous 17th century poem into a multiplex surround sound experience, but hey, I'm not in charge of movies this year. (Michel Bay beat me by one vote.) From Variety:

Alex Proyas’ ("The Crow") adaptation of “Paradise Lost,” long in the works at Legendary, tells the story of the epic war in heaven between archangels Michael and Lucifer, including the latter’s role in Adam and Eve’s fall from grace. Pic will be crafted as an action vehicle that will include aerial warfare, possibly shot in 3D.

By the way, "possibly shot in 3D" means "definitely shot in 3D" in Hollywood-speak. Putting aside your thoughts on "The Crow," Milton and movies for a second: How are we all feeling about Cooper as Lucifer? On the one hand, the angel that's as beautiful as the Morning Star (and twice as vain) seems like a perfect fit for the cocky "Hangover" actor. On the other, we haven't really seen enough of Cooper's serious acting chops to say whether or not he could pull off such a meaty role. Sure, he's pretty enough, but could he be delightfully, tragically evil?

We look at some of the best portrayals of "the big L" and weigh in on our favorites. Then, check out our pick for the best "Paradise Lost" Lucifer.

Not that you need another reason to watch a Keanu Reeves/Shia LaBeouf feature based on a video game comic book (yes you do), but "Fargo's" Peter Stormare gives an amazing portrayal of Lucifer as a giggling mobster. Oh, and Tilda Swinton as the asexual Gabriel isn't half bad either.

Another good devil acting against Keanu, Pacino brings the entire force of his "hoo-ha!" manic energy to the role of John Milton. Yes, it turns out high-powered attorneys are exactly as bad as people think they are ... and sometimes worse.

"Angel Heart" will probably be remembered as the movie where Lisa Bonet of "The Cosby Show" has graphic sex with Mickey Rourke, but the film has other things going for it. For example, an amazing turn from DeNiro as "Cyphre," a wealthy businessman with hella long fingernails who is looking for a singer to fill out his end of a Faustian bargain. Creepy, but it's doubtful that De Niro's turn as the devil brings to mind anything other than the famous egg scene.

Jack as a polyamorous Satan will probably go down in the history books as one of the least terrifying portrayals the actor ever gave. Certainly less scary than his portrayal of Melvin Udall in "As Good As It Gets."

Unfortunately this rock opera never came to Broadway, but in the 90s Randy Newman composed a score updating the Faust tale to be about God (James Taylor) and the devil battling over a rock star's soul. Newman's affable voice singing about the underworld remains one of my favorite reimaginings of the classic tale.

So who would we pick to play the fool-hardy, handsome Lucifer in a 3D adaptation of "Paradise Lost?" The general consensus is that future superstar (and new Magneto) Michael Fassbender embodies the role with his cool, smug panache.  Though personally I'm still waiting for an interpretation of the devil as the David Bowie-like figure originally drawn for Neil Gaiman's "Sandman" and "Lucifer" series. How amazing would Bowie be in a 3D aerial fight sequence? (Answer: 1,000 times amazing.)

Of course, some people had to be cut from the list -- Tim Curry in "Legend," James Woods in "Hercules"  -- so don’t forget to add your favorite little devils in the comment section.