The actress tones down her admiration for her movie's troubled star. Is it a smart move? 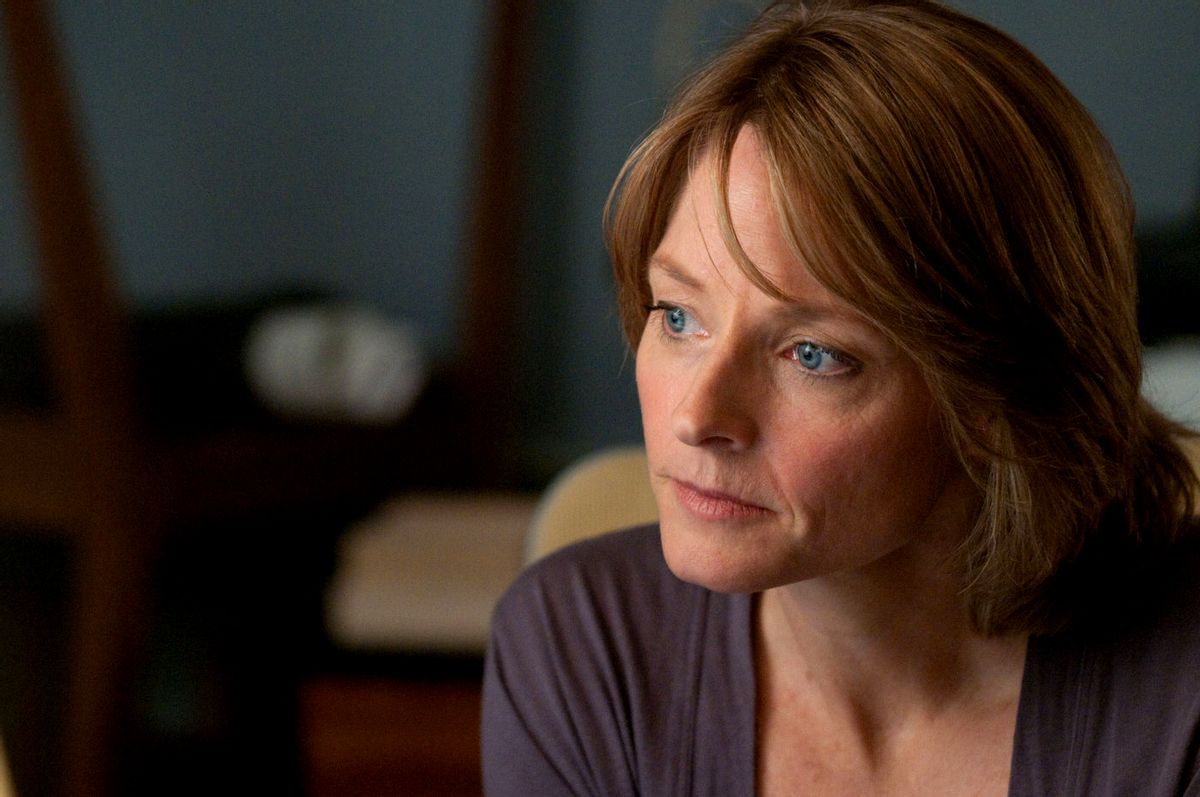 It's been a while since Jodie Foster has touched on the subject of Mel Gibson -- and in that time, it looks like she got herself a mini version of the ten-foot pole the rest of the industry has been using on him. On "Letterman" Thursday night, the actress/director, promoting her new movie "The Beaver," could not have been more uncomfortably restrained in her assessment of her leading man. Foster, who back in March was gushing, teary-eyed, to the Hollywood Reporter that "God, I love that man," still had kind words for the actor. She told Letterman, "He's very good in the movie; he's a very good friend," and didn't hesitate to declare, again, "He's wonderful in the movie."

But those accolades are a far cry from her lavish praise of Gibson back in October, when, at an Elle magazine event honoring women in the film industry, she called him "incredibly loved by everyone who ever comes into contact with him or works with him ... truly the most loved man in the film business, so, hopefully that stands for something." This time, there were no outpourings of love, just acknowledgment of his acting, and a nodding agreement of "yeah" when Letterman suggested that drinking had been Gibson's "real problem."

More tellingly, when Letterman described Gibson as someone who "has had some trouble and seems troubled," and asked if his personal life had affected the film's shoot, Foster brushed him off by saying the issues were "mostly after we wrapped" and said there was "no inkling" of discord. Yet in her Hollywood Reporter interview, Foster spoke clearly of working together while his relationship with Oksana Grigorieva was deteriorating, saying, "We talked about it all the way through, about what was going on in his life. I don't think he told me until it was something he couldn’t handle by himself."

And she added that she was aware of the explosive, incriminating recordings of his tirades to Grigorieva before they were made public last summer. "I knew about that. He was upset. Then, on the last day of reshoots of Mel, it all came out…. I went to his trailer, and he was a mess." Sure, the last day of reshoots is indeed mostly after wrapping, but it's clear from Foster's own account they both had more than an "inkling" of what was going down in Mel's life that led to his plea of no contest to domestic battery. Perhaps now, though, with "The Beaver" in theaters, she's decided to soften her account of just how aware she was of how her pal was behaving toward the mother of his child.

Foster's relationship with – and continued public admiration for – controversial figures has been an object lesson in the complexity of friendship, and the ways in which in loyalty is tested by harsh revelations of a person's worst side. In her Hollywood Reporter interview, she replied to a question about her current director Roman Polanski's rape charges with a curt "none of my business."

Friendship is complicated, and a relationship doesn't instantly cease because a person does bad things. But it does seem that Foster is strategically starting to clarify to her audience that she can discern between the man and his behavior. In March she hinted at that, saying, "I know that [Gibson] has troubles, and when you love somebody you don’t just walk away from them when they are struggling." And when Letterman asked her Thursday if she could defend Gibson's personal actions, she cut him off with a firm, immediate "No." You don't have to walk away from someone when he's struggling. But with her own career and public image in question, Foster may be beginning to consider that a little distance isn't a bad idea either.