The crowd released tens of thousands of red, black and white balloons with anti-government messaging 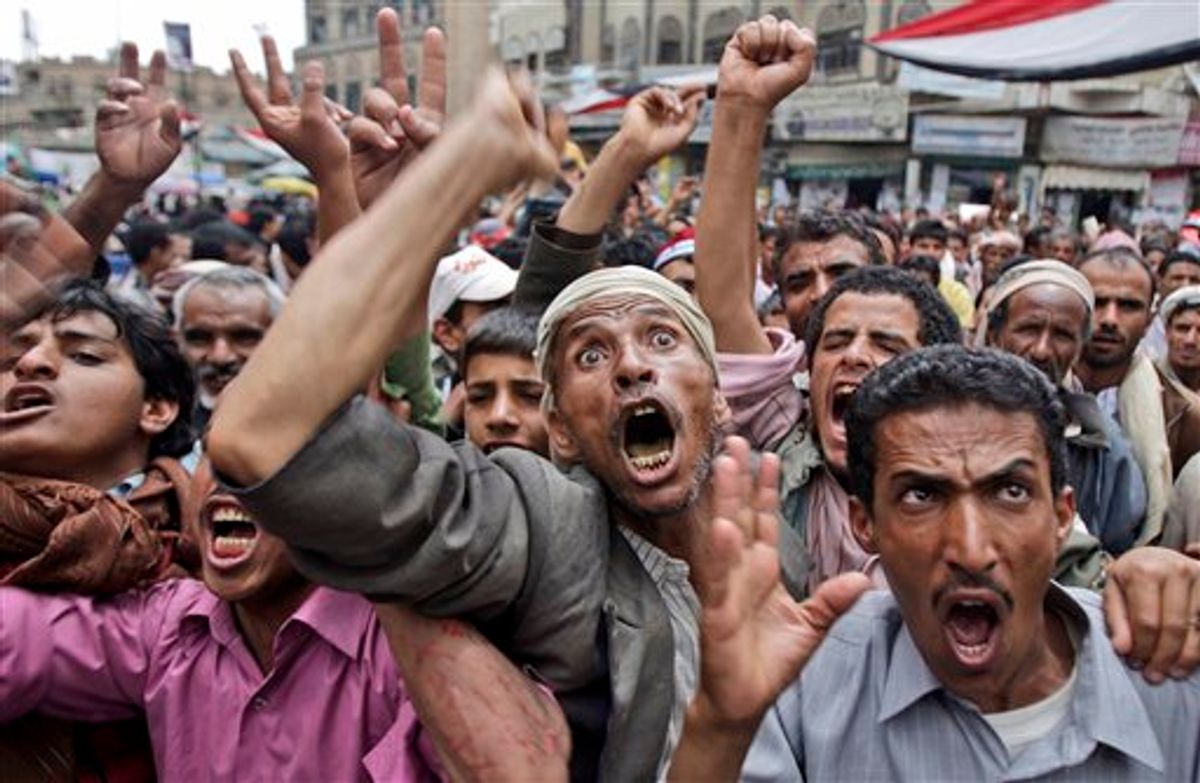 Anti-government protestors react during a demonstration demanding the resignation of Yemeni President Ali Abdullah Saleh, in Sanaa,Yemen, Thursday, May 5, 2011. Yemen, which is currently wracked by the popular protests against the country's deeply unpopular president, is also home to one of the most active branches of al-Qaida, which has planned several attacks against the U.S. (AP Photo/Hani Mohammed) (AP)
--

Hundreds of thousands of Yemenis have flooded a boulevard on the western edge of the capital to press their demand that President Ali Abdullah Saleh step down.

The crowd released tens of thousands of red, black and white balloons with the message to the president, "Leave, Ali," painted on them.

The near-daily protests in Yemen have been going on for nearly three months but Saleh, who has been in power for 32 years, has refused to leave. Friday's protest is dubbed "Day of Gratitude to the South," honoring southerners 2007 uprising against Saleh.

Meanwhile, tens of thousands of Saleh's supporters are rallying outside the presidential palace in Sanaa.

Saleh has spurned mediation efforts by powerful Gulf countries that would have had him step down in return for immunity.