Did the president really demand the removal of Old Glory from Ground Zero? (No.) 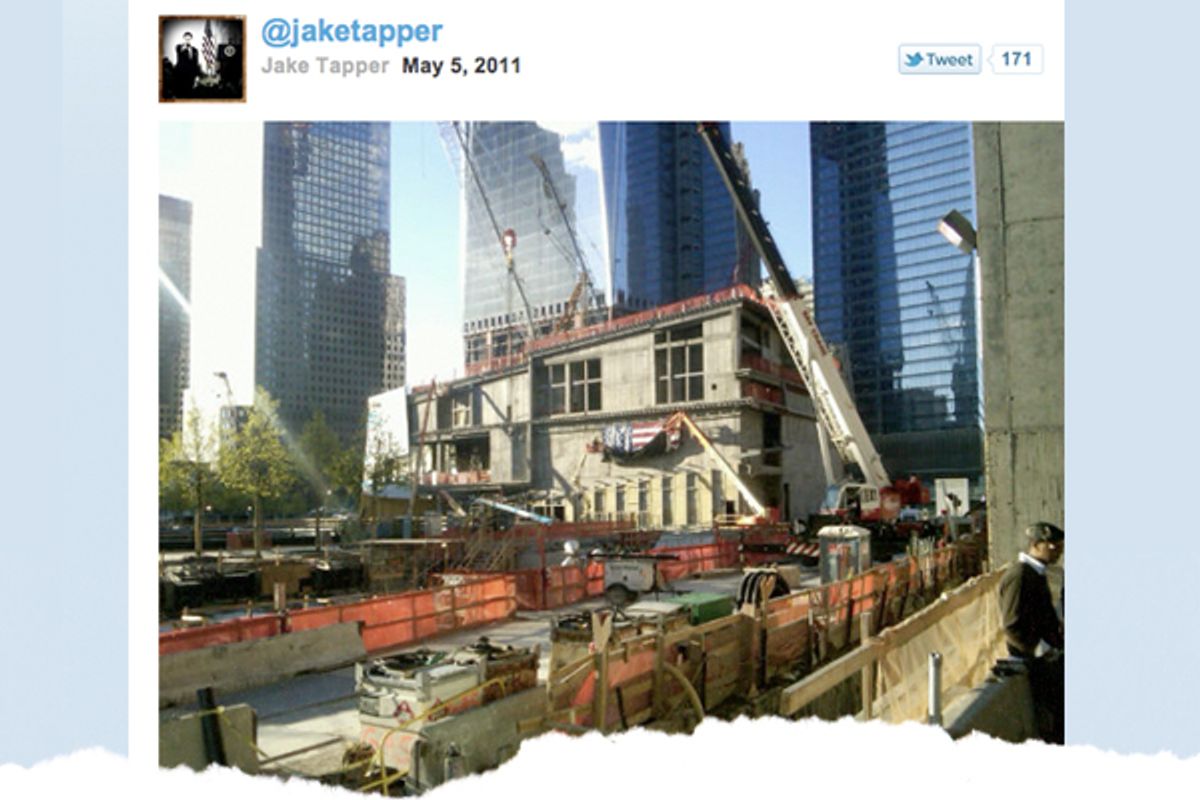 The problem with believing that Barack Obama is a secret radical pro-sharia totalitarian Islamic Maoist instead of a run-of-the-mill center-left Democrat is that it can lead you to repeat very self-evidently silly stories. (Well, that is not the problem. It is a problem. The problem is more like "it's stupid and racist.") That is why, when ABC's Jake Taper Tweeted a picture of the flag at the World Trade Center site being put away for the night, according to traditional flag code, various right-wingers interpreted his picture to mean that President Barack Obama demanded the removal of the American flag prior to his appearance at the site, because... he hates America?

I mean, what was their imagined motivation for him doing this? The man wears a stupid flag pin sometimes. He's the president. He is almost always surrounded by American flags. If he is a secret radical leftist who wants to place the United States under a New World Order, he's clearly one who's very good at masking his disgust with symbols of our precious sovereignty.

After making it from Malkin to Drudge, the story fell apart, once someone actually looked at any available picture or video of Obama at the site, flag visible, earlier in the day.

The blogger who "broke" this story, the story of Obama stealing Ground Zero's flag so that he could drape it lovingly over Osama bin Laden's coffin, is utterly unapologetic. "I'm sticking by my "'Marxist coup d'etat' comment," Doug Ross writes, heroically:

Why the Leftists commenting here are idiots: (a) the next retraction one of the Left-leaning media sources makes will be their first (e.g., "Terror Wiretaps plus Invasion of Iraq plus Rendition plus Waterboarding Led to Bin Laden"); (b) Obama's on-again/off-again flag-pin patriotism; (c) and his well-documented failures to show respect to the flag -- all make it clear that Tapper's tweet would be utterly believable in the original context.

A very convincing defense: I may be full of shit, but it's the Marxist president what filled me full of it!