"Teen Mom" stars wish they had been cuddling 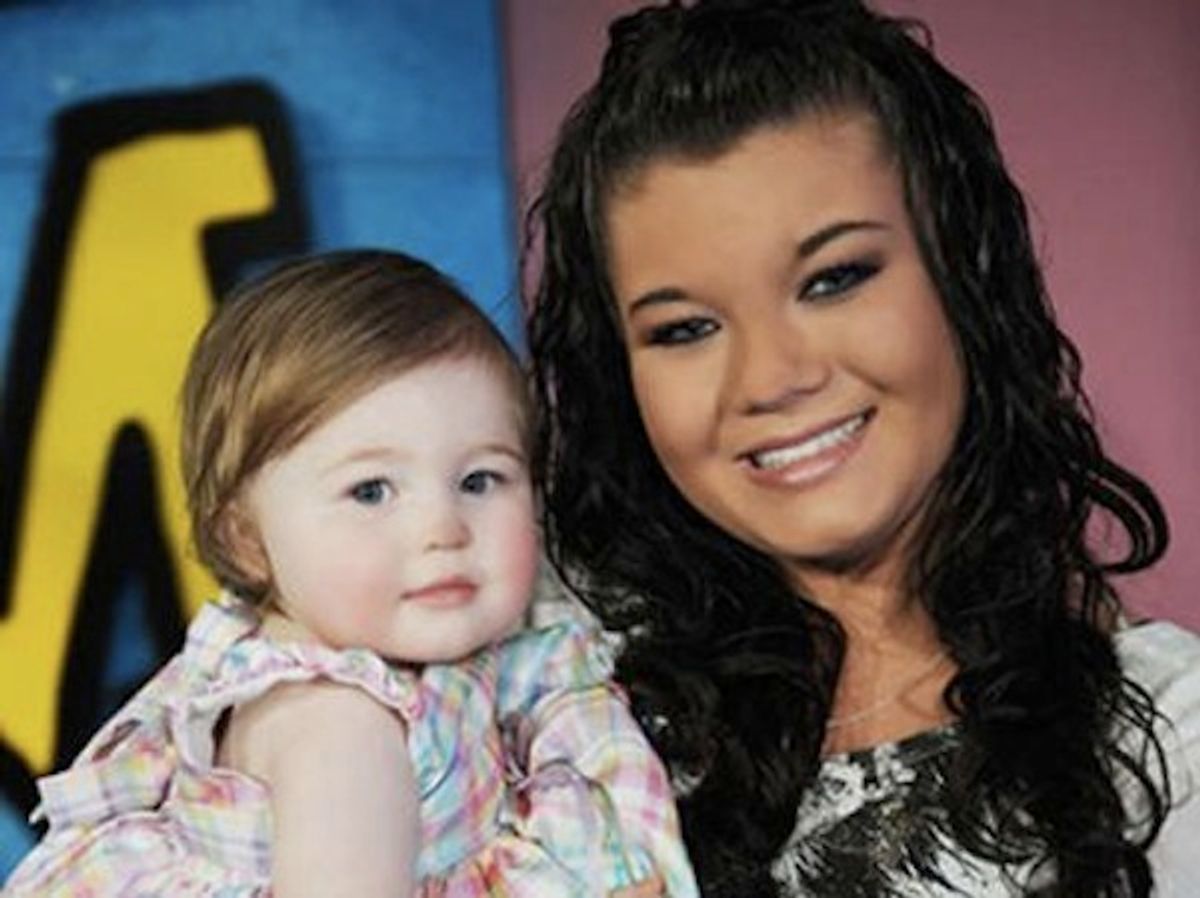 The stars of MTV's "Teen Mom" have filmed a PSA  about safe sex and how they wished they had waited. "I wish we would have cuddled" more than one of them says, in a commercial airing on the network for Mother's Day.

Well, hey, at least MTV is being more realistic than the abstinence-only message pushed by teen mom Bristol Palin.

It's strange, though. None of these moms – who are really only known to us because they are famous for having children at such a young age – say that they are happy with their decision. Of course that kind of message (Amber Portwood is glad she had a kid in high school!) wouldn't be likely to get very far, especially since MTV has positioned the show as more of a cautionary tale than a reality star haven. Plus, this is still a public service announcement after all, not a bad-idea machine.