Why it's good news that unemployment is up

The jobless rate rose to 9 percent, but an increase in new jobs suggests real progress 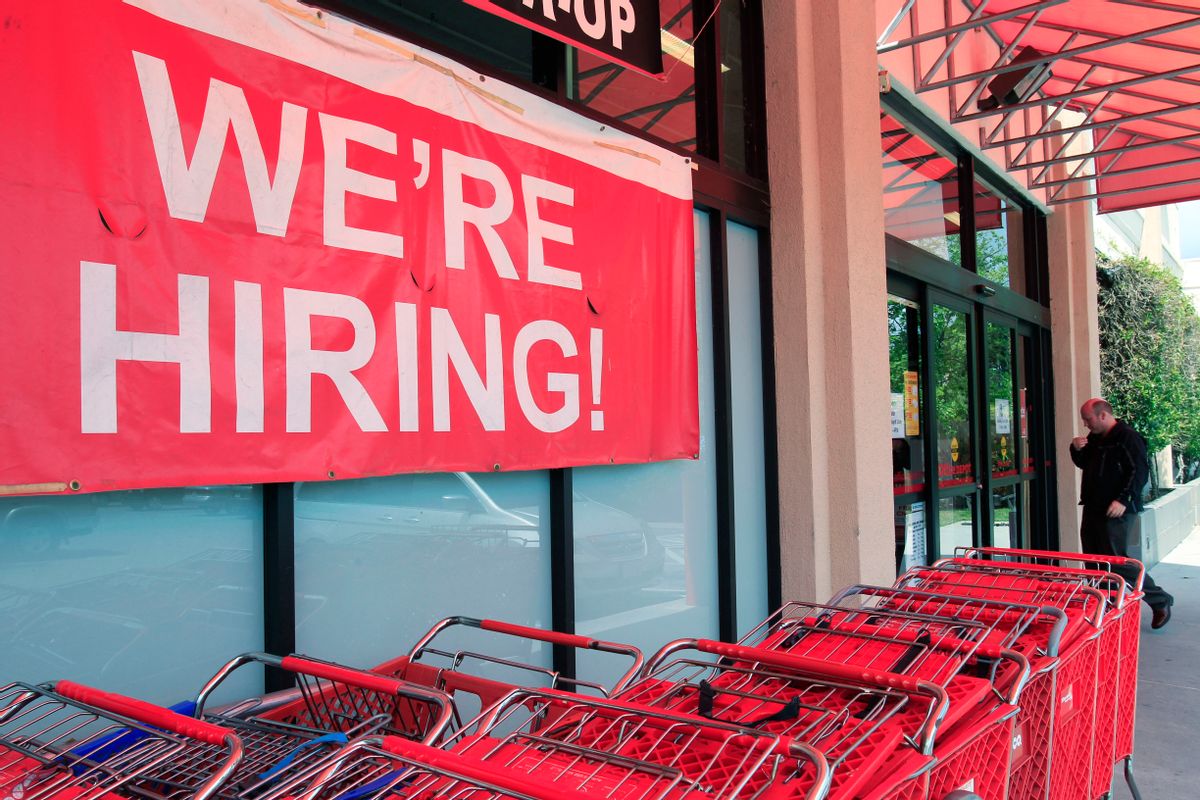 The unemployment rate actually rose in April from 8.8 percent to 9 percent. However, this might be a move in the right direction: Many Americans who had given up looking for work entirely -- and who were not counted in unemployment figures in previous months -- are back job-seeking, thus hiking the overall jobless rate.

Last month also saw the economy add more jobs than in any other month since 2006, considerably exceeding expectations. Nonfarm payrolls grew by 244,000, according to the Bureau of Labor Statistics. The private sector accounted for all the growth, adding 286,000 jobs, while the government payroll shrunk by 22,000.

The only number that matters is the number of jobs created - 244K in April; a LOT more than even the most optimistic economists were predicting, and within striking distance of the number (300k) of the jobs the economy needs to be creating per month to get back down to the 5% unemployment rate we had before the recession.

It's perhaps not entirely this straightforward, however. First, it's worth pointing out the unemployment rate and the payroll figures come from different surveys: Unemployment rates are derived from household surveys, whereas employers are surveyed for the payroll numbers (this is known as the Establishment Survey).

And as Business Insider points out:

The household survey interviews 60,000 households, while the establishment survey gathers data from 160,000 businesses and government agencies covering 400,000 work sites, or about one-third of all payroll workers. While the Employment Report is released on a monthly basis, the surveys actually cover only a single week that includes the 12th day of the month…Both surveys have their merits and drawbacks…

The fact is while the established survey highlights a growth in non-farm payrolls this month of 244k jobs, the household survey indicates a loss of 190k jobs. That sucks, but while Wall Street and Washington will zero in on this month’s figures, we continue to be in a crisis.

Robert Reich notes, "We’d need 350,000 a month, every month for the next three years, simply to get back to where we were before the Great Recession." So the good news on job growth does not signal a clear or easy path to recovery, and certainly is not sufficient evidence to side with budget hawks who will continue to veto action aimed at helping the unemployed.