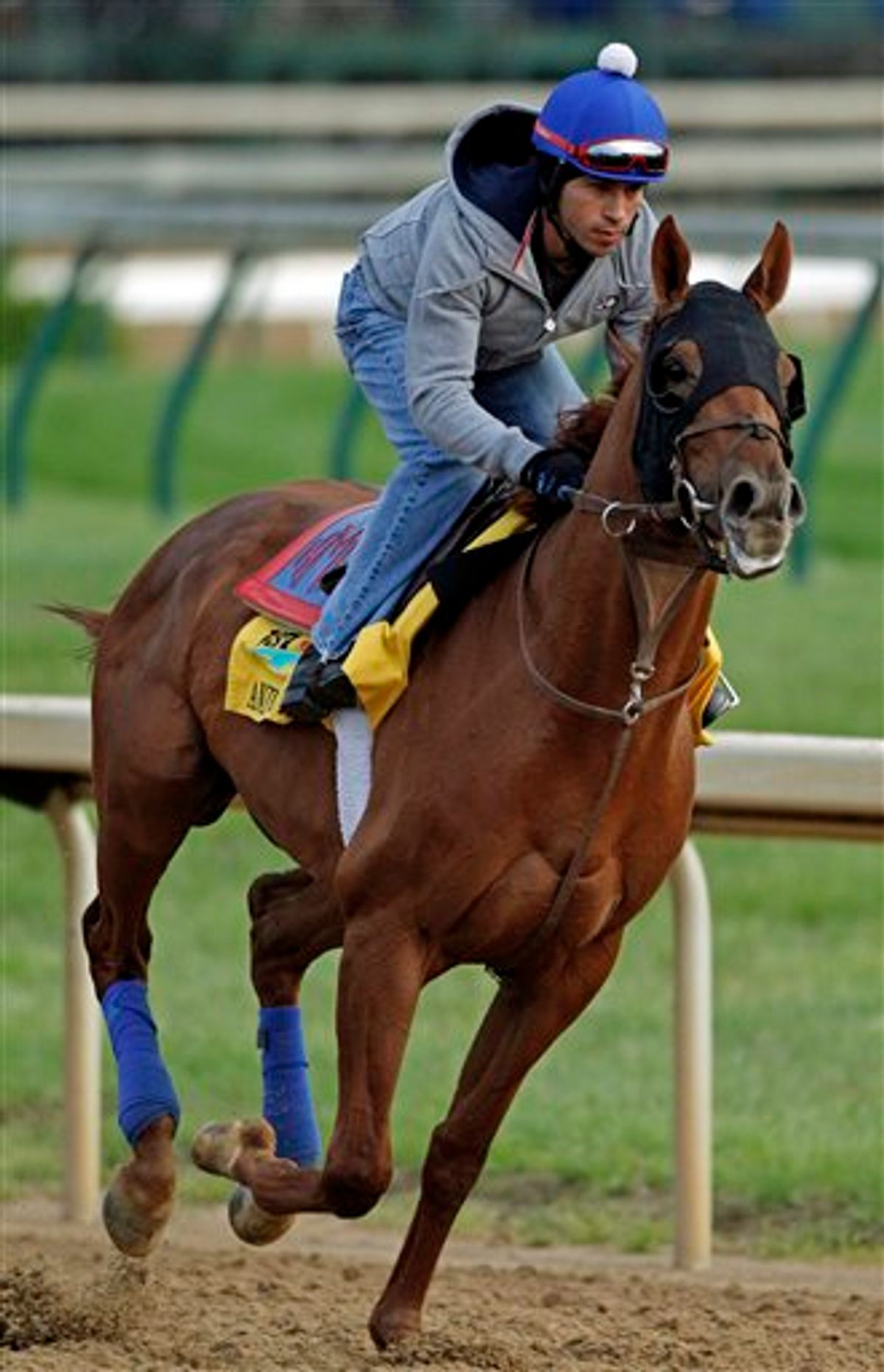 Animal Kingdom sped past the leaders in the turn at Churchill Downs on Saturday and roared down the middle of the stretch to win the Kentucky Derby.

Jockey John Velazquez guided the 3-year-old colt to the front at the quarter pole then poured it on to beat Nehro by 2 3/4 lengths. Mucho Macho Man finished third.

Dialed In went off as the 5-1 favorite but finished eighth.

The victory is the first Derby win for trainer Graham Motion and provided redemption for Velazquez, who was set to ride Uncle Mo before the horse was scratched due to a lingering stomach problem.

Velazquez replaced Robby Albarado on the winner after Albarado broke his nose earlier in the week.

Animal Kingdom went off as a 20-1 longshot in the lightly regarded field. He won the Spiral Stakes on the synthetic surface at Turfway Park on March 26, but had never before run on dirt.

He looked right at home under the twin spires.

Velazquez deftly kept Animal Kingdom out of trouble in the 19-horse field and the colt covered the 1 1/4-mile distance in 2:02.04.

"It's words that you can't describe," Velazquez said. "But I do really feel really bad for Robby. I hope he's winning the Derby with me here. I know he got hurt so this is for both of us, buddy. I know you're not on it, but I know you're with me."

Arkansas Derby winner Archarcharch, who started from the rail, was vanned off the track with a leg injury and was taken to the backside barns for an X-ray.