Slide show: From creepy ghost towns to greasy diners, we make the best stops on Route 66 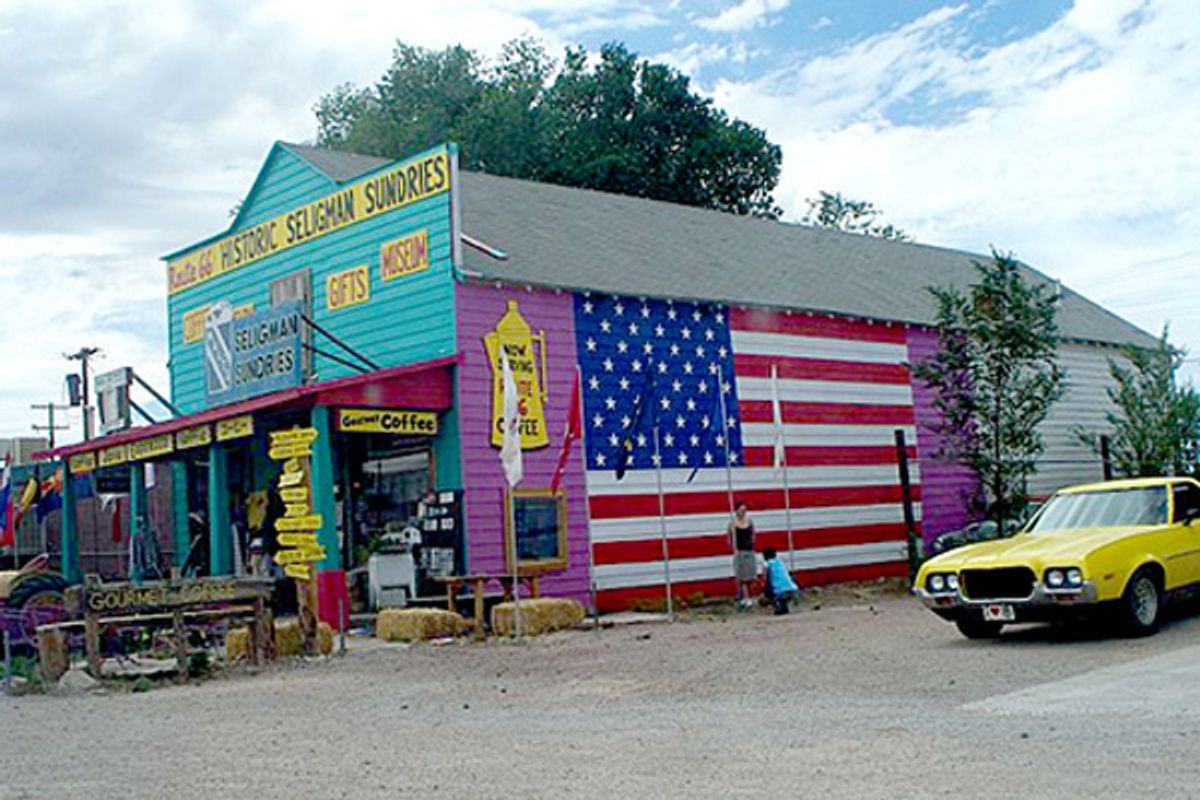 The romantic idea of Route 66 is often hard to reconcile with reality -- it was never the most scenic route out West and much of it now lies buried under the asphalt of flat, featureless interstate highways. Still, the idea of retracing the route of an old, decommissioned road -- be it the ancient Silk Road, Hadrian's Wall Path or an obsolete U.S. highway -- is an interesting endeavor for a traveler to undertake.

Route 66 was commissioned in 1926 and was systematically carved out of the dirt cart tracks of the National Old Trails Road, the Ozark Trails and even an abandoned 19th-century U.S. Army experiment with a camel path through the Southwest desert. The timing was right, making cross-country travel safe for ordinary travelers just at the time when people felt a burning need to seek a better life elsewhere. The road gave birth to the real and mythological notion of American mobility and progress for the masses, not to mention a fetishistic love affair with the automobile (what Roland Barthes called the modern era's "purely magical object").

Route 66 is the "Mother Road" in "The Grapes of Wrath," the subject of one of the most covered songs in American music history, and the inspiration for a 1960s TV show that chronicled a new kind of youth culture and the regional diversity of a country on the brink of homogenization (mostly far removed from the eponymous highway). The Pixar movie "Cars" introduced a whole new generation to the road and its forgotten towns and landmarks, taking an anthropological approach that wove many real-life places and personal histories into the plot.

Foreign tourists seem particularly enamored with Route 66, maybe because it is lined with the kind of unexpected juxtapositions that only America could produce: kitsch wigwam motels in places where pioneer interlopers were once scalped, a Vietnamese restaurant row housed in former pancake houses, a beautiful art-deco gas station and the Land of Lincoln spiritual home of the corn dog. You can find more at http://www.trazzler.com/tags/route-66.