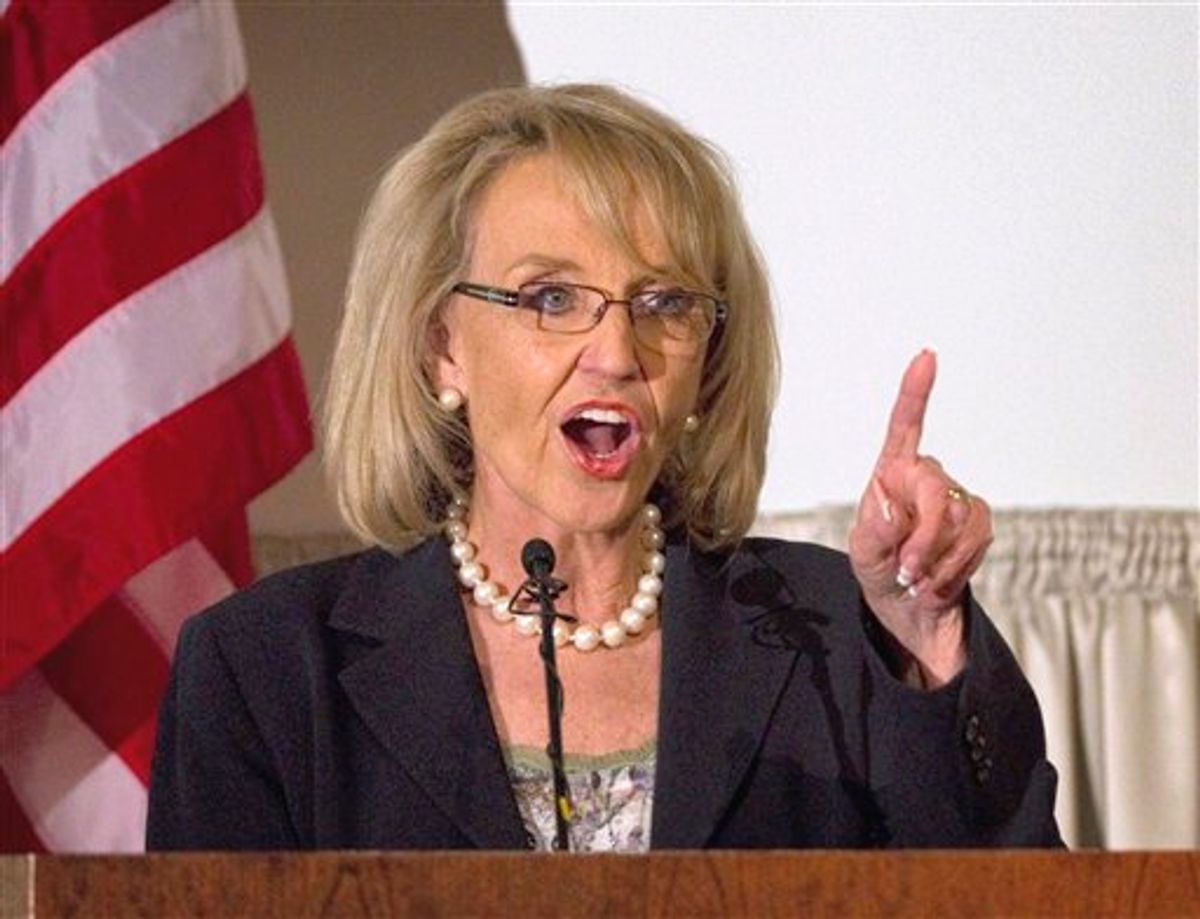 FILE - In this April 18, 2011 file photo, Arizona Gov. Jan Brewer speaks in Phoenix Its the weird issue that wont go away, and its forcing GOP presidential contenders and other Republican leaders to pick sides: do they think President Obama was born outside the United States and is therefore disqualified to be president? Polls show that a remarkable two-thirds of all Republican voters either think Obama was born abroad or they arent sure. With Donald Trump stirring the pot, other potential candidates are distancing themselves from his comments to varying degrees. (AP Photo/Matt York, File) (AP)
--

Arizona lawmakers want more fence along the border with Mexico -- whether the federal government thinks it's necessary or not.

They've got a plan that could get a project started using Internet donations and prison labor. If they get enough money, all they would have to do is get cooperation from landowners and construction could begin.

Gov. Jan Brewer recently signed a bill that sets the state on a course that begins with launching a website to raise money for the work.

Arizona -- mired in a budget crisis -- is already using public donations to pay for its legal defense of the SB1070 illegal immigration law.

Part of the marketing pitch for donations could include providing certificates declaring that individual contributors "helped build the Arizona wall," Smith says.