Trump: No one's less racist than me!

"In fact, Randal Pinkett won, as you know, on 'The Apprentice' a little while ago" 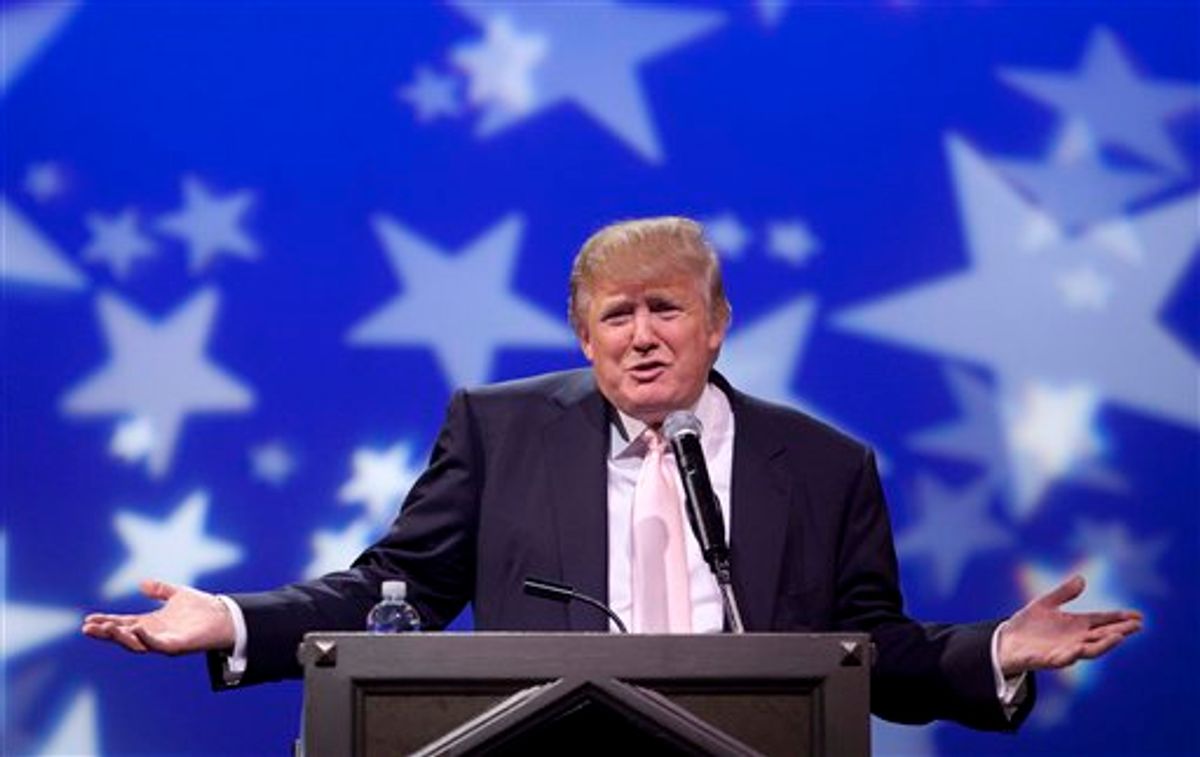 Donald Trump speaks to a crowd of 600 people during a gathering of Republican women's groups, Thursday, April 28, 2011, in Las Vegas. Trump's flirtation with a White House bid continued Thursday night with a lavish reception at the Treasure Island casino in Las Vegas.(AP Photo/Julie Jacobson) (AP)
--

Attempting to provide further evidence of his "great relationship with the blacks," Donald Trump informed "Fox & Friends" this morning that he is "the least racist person there is." (In fact, it's the second time he's used the phrase.) His proof? An African-American won "The Apprentice" once.