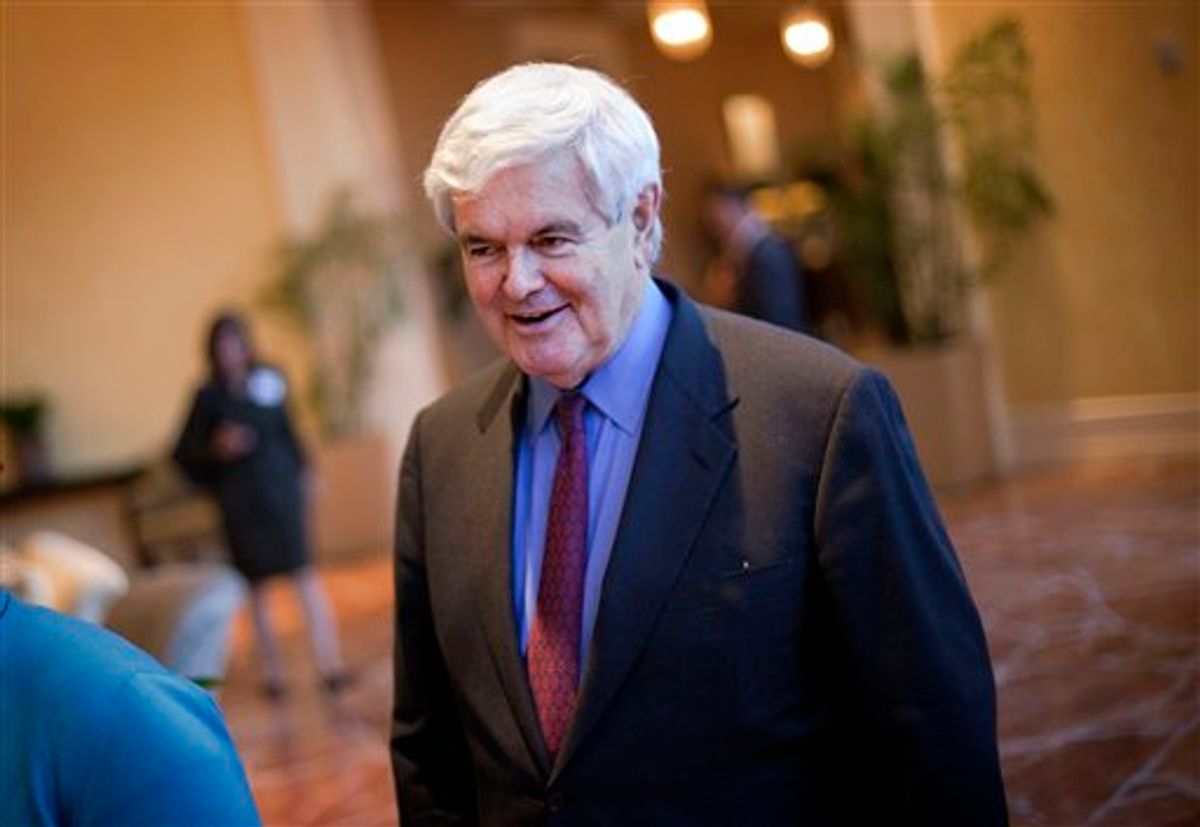 Newt Gingrich is going to formally announce his candidacy for president on Wednesday via Facebook and Twitter, according to an apparently informal announcement he made today via professional journalists. (And a Facebook post announcing his future announcement.) Announcing things is so complicated, these days.

After his official announcement, which has already been announced, the former House speaker will give an interview to Fox's Sean Hannity. And on Friday he will give a speech, at the Georgia Republican Party Convention. Then he will be an official candidate for president, instead of just a guy who is on TV all the time, kinda-sorta running for maybe-president.

Gingrich also already announced that he was maybe eventually going to announce something back in March. (Everyone briefly thought this was going to be a proper announcement, at the time, but it was not.)

Announcing your official candidacy on social media is a great way to help your grass-roots supporters feel personally involved in your campaign, unless of course it is just a half-assed, perfunctory social media "announcement" preceded by leaks to the press and followed by a major appearance on national television. Then you are simply making a transparent bid for media attention.

Now various people in the press will treat Gingrich like a "serious," "proper" candidate, even though he has about as much of a chance of actually winning the nomination -- let alone the presidency -- as Gary Johnson, who is an "unserious" candidate. (Because, like Ron Paul, he loves heroin.)