The pop star attempts to create a Madonna-like controversy, but can't raise the Vatican's ire 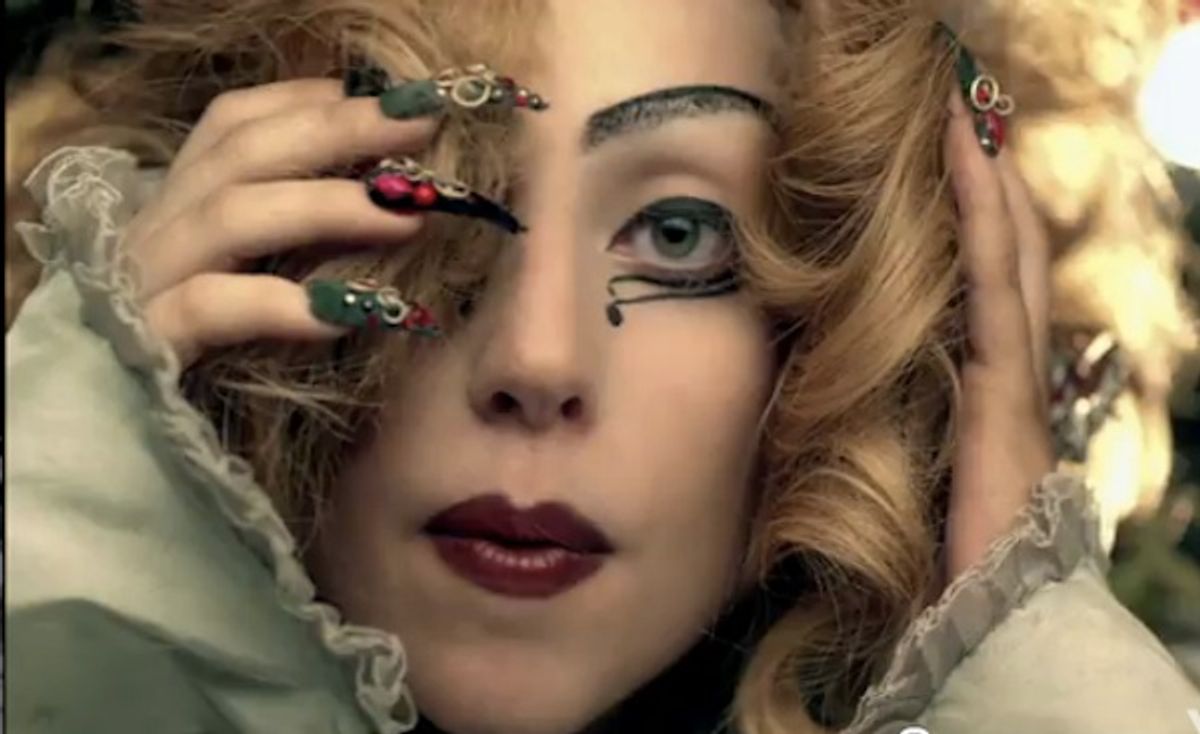 A lot of people compare Madonna's work with Lady Gaga's, and in most cases the younger model has found ways to do it bigger, weirder and more disturbingly than her predecessor. But there is one place where Gaga can't hold a candle to Madonna, and that's pissing off the Catholic Church.

Back in 1989, Madonna's "Like a Prayer" managed to get the Vatican to release a statement condemning the video as blasphemous. Down the line, it was voted the most groundbreaking music video of all time. Lady Gaga was trying to cash in on some of that controversy with her new song "Judas," but ultimately the video was too confusing to upset anyone.

The narrative is pretty straightforward: Jesus is a Latin biker who goes clubbing with Mary Magdalene (Gaga). He and Judas get into a bar fight. It just doesn't have the same sacrilegious flavor of "Like a Prayer": In straight narrative terms it's more like one of those corny "updated" Bible stories you'd hear in Sunday school. Catholic League president Bill Donohue wouldn't even deign to call the video "anti-Catholic":

In her "Judas" video, Lady Gaga plays fast and loose with Catholic iconography, and generates several untoward statements, but she typically dances on the line without going over it. Perhaps that is because the video is a mess. Incoherent, it leaves the viewer more perplexed than moved. The faux-baptismal scene is a curious inclusion, as is her apparent fondness for the Jesus character. But if anyone thinks the Catholic League is going to go ballistic over Lady Gaga’s latest contribution, they haven’t a clue about what really constitutes anti-Catholicism.

Lady Gaga probably had a whole statement prepared for when the church condemned her, about the rights of artistic freedom or some such. Now she's going to have to save that until her next video, when she is forced to kiss a girl or promote condom use in order to really provoke a reaction.