What happens when you cross French existentialism with the power of the force? 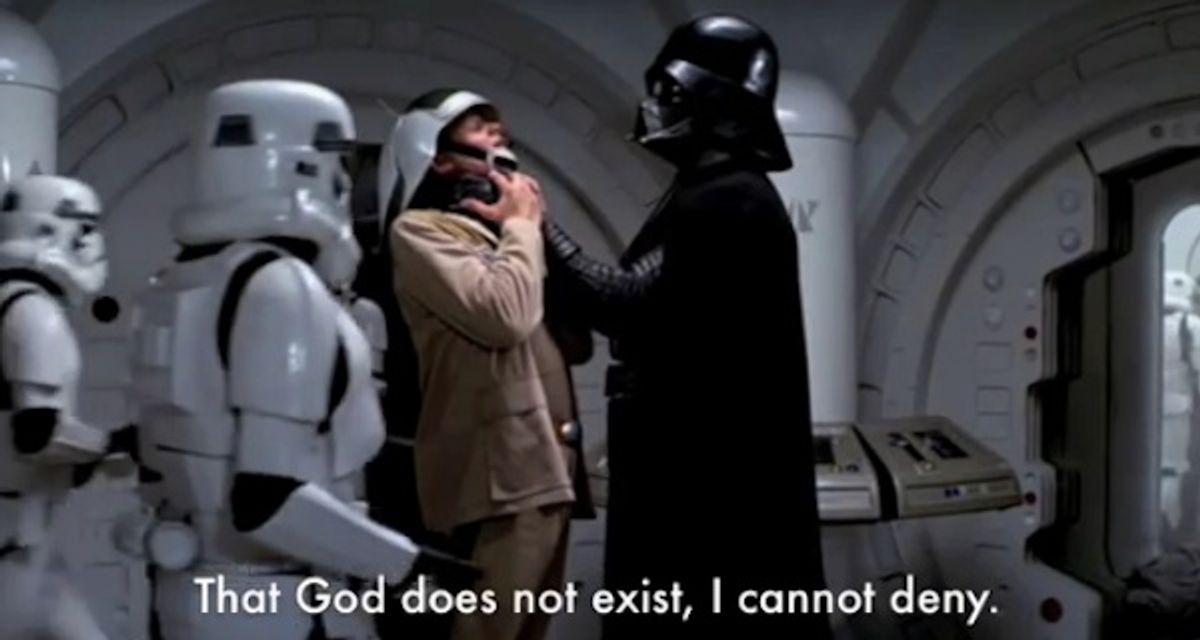 Because of some international scheduling problems, I totally missed "Star Wars" Day last week. It was a very big deal, as if all of the Internet collectively found out about the holiday only this year. (If I had known how big it was going to be, I never would have taken that trip to Europe, where Star Wars Day falls at the same time as Guy Fawkes Day and gets totally overshadowed every time.)

So in order to make it up to you, here is "Existential Star Wars," or "Star Wars by Sartre," where the dialogue to a French dub of the film is subtitled with lines from the French philosopher. You're welcome.

Darth Vader can be such a bummer when he gets all mopey like this. Maybe he needs to change up his wardrobe and quit smoking. It's either that or picking up Nietzsche next, and I don't think anyone in the Empire wants to go down that road.