Taylor Swift's "Mean" doesn't equate to "It Gets Better" 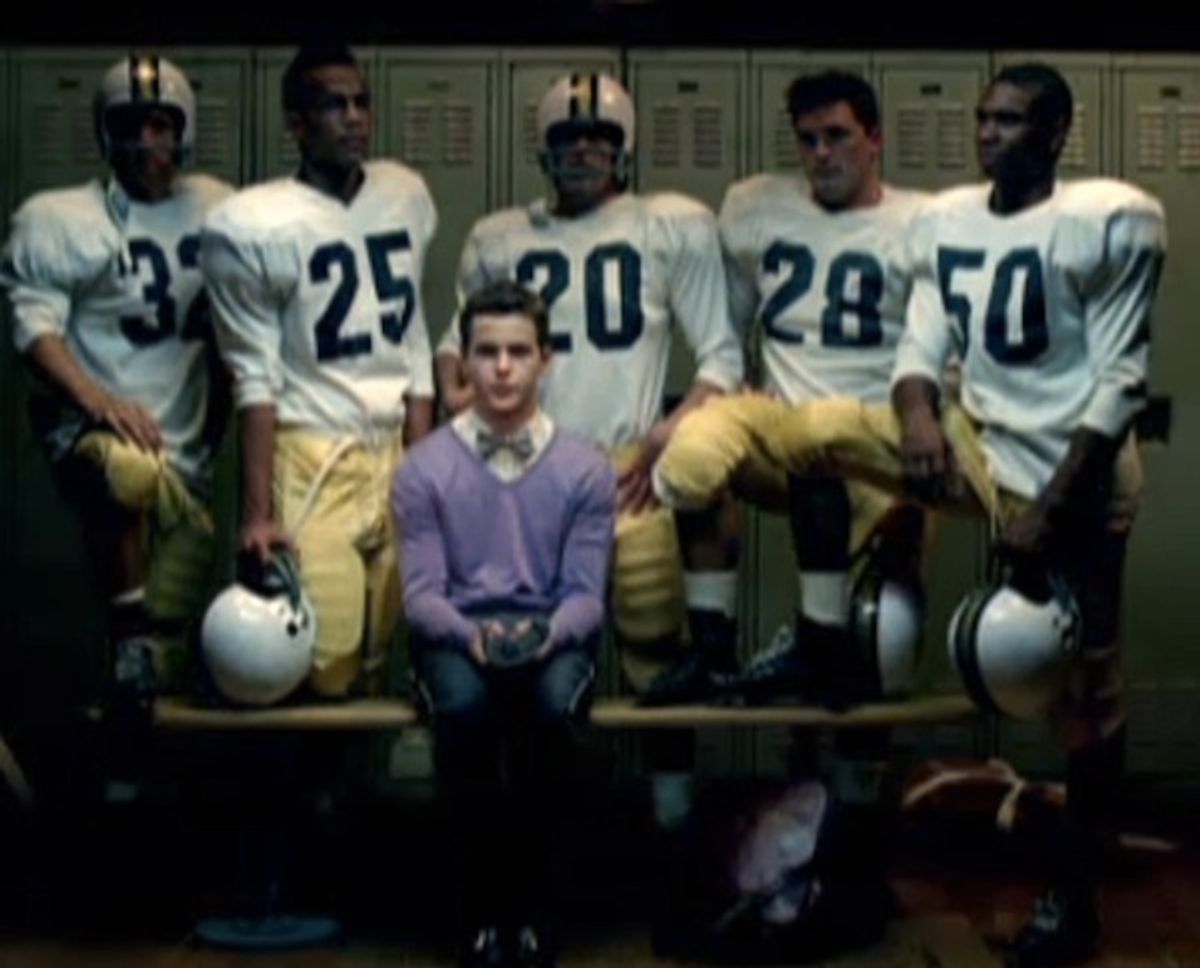 Taylor Swift's "Mean" might be interpreted as the country singer's attempt at an "It Gets Better" song, especially since the video features a kid wearing purple who just wants to read a damn Vogue in peace. I'd advise against this reading, though, since the whole point of "It Gets Better" -- or any anti-bullying message, really -- is that someone from a place of authority is telling you that they've been there, they know how tough it can be.

Sorry, kids, Taylor Swift has not "been there," as is clearly evidenced in her own fantastical bully scenario, which involves a guy dressed like Snidely Whiplash tying her to the train tracks. That is some damsel in distress imagery, which really doesn't scream "It gets better," so much as "I am the definition of heterosexual norms." (Not to mention the somewhat offensive cutaway to the kid in purple when Taylor sings, "And you, picking on the weaker man." Are gay kids inherently weak?)

From what Taylor shows us in the video, she is so far from ever having been bullied that she immediately equates it with some fairy-tale vision of evil.

But, hey, Taylor gave it a good shot in her own right, even if she's living in La-la-land. As Kyle Buchanan of Vulture pointed out, "Its aspirational chorus, 'Someday / I'll be / livin' in a big ol' city,' is practically a rebuke to small-town values," which is probably as subversive as this country gal is ever going to get.

But perhaps more important than debating how sincere an anti-bullying message is from someone who has never been bullied is the fact that it's the first Taylor Swift song I can think of that's not about her last celebrity boyfriend. That is, unless Jake Gyllenhaal had a kinky fetish of tying her to the tracks of oncoming trains (while wearing a fake mustache) that we didn't know about.