It's dress-up day for the Tea Party

Two grown men -- one toting a rifle, both in tri-cornered hats -- discuss the deficit, taxes, and health care 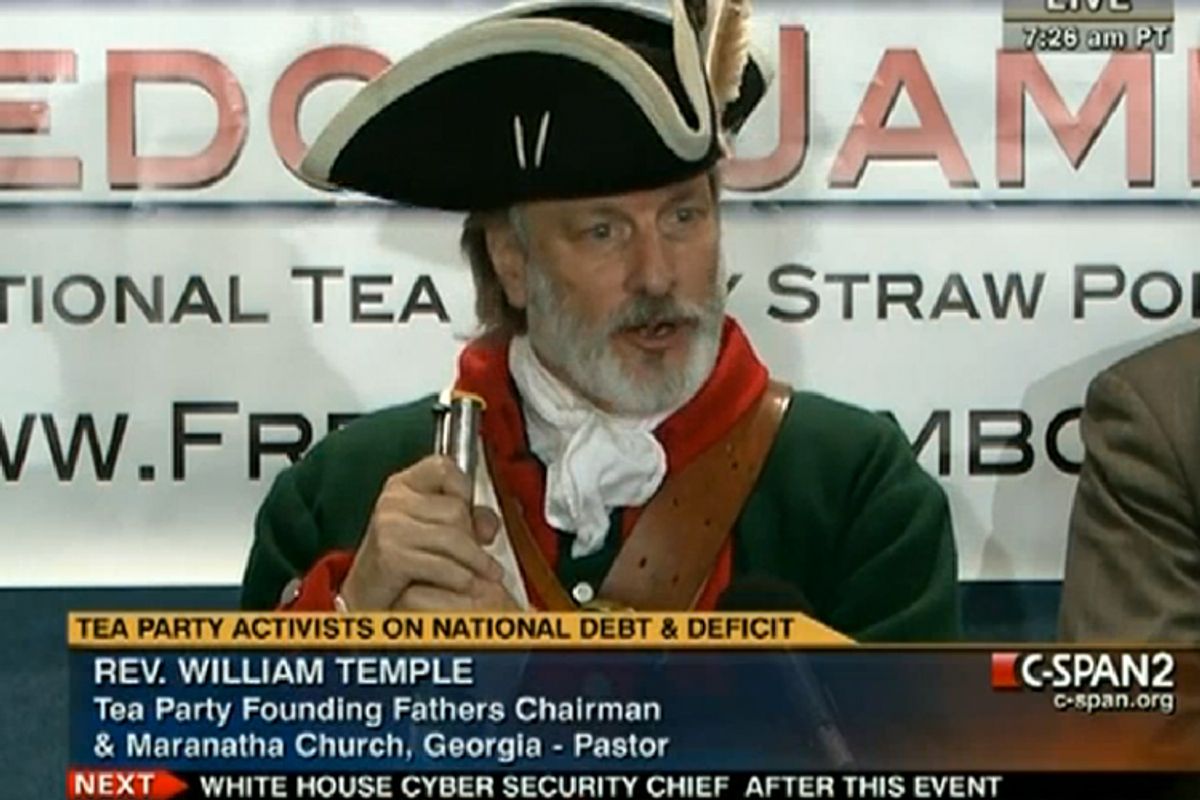 A man dressed as Button Gwinnett, the Colonial American who died from gunshot wounds sustained in a duel following an unsuccessful bid for Georgia's governorship in 1777, addressed the National Press Club in Washington, D.C. today.

William Temple, who is heading an effort to endorse Tea Party-friendly political candidates, was armed with a rifle as he teed-off on the deficit, debt ceiling and "ObamaCare."

Temple told reproters that Time magazine had once labeled him the "face of the Tea Party," and claimed to have led  1.9 million Tea Partiers in a March on Washington against President Obama's healthcare plan in September 2009 (even if most estimates pegged attendance at that event in the 600,000 to 800,000 range). Temple is the chariman of Freedom Jamboree, a national Tea Party organization with a website that shouts headlines about the onset of "RINO hunting season" next to pictures of John Boehner and Paul Ryan looking appropriately perturbed.

They were joined on stage by Joseph Farah, the WorldNetDaily editor in chief (whose name you might remember from this); Bob Vander Plaats, a Tea Party-backed candidate for governor in Iowa last year, and Daniel J. Mitchell of the Cato Institute. Michele Bachmann had apparently been invited to attend, but sent a preapred statement instead.

According to the group's April 2011 financial report, Freedom Jamboree has assets totaling $1,575.98 with only $6.49 worth of expenses due to PayPal fees.