Can "The Killing" sustain its brilliance?

Who killed Rosie Larsen? It may be TV's best mystery since "Twin Peaks" 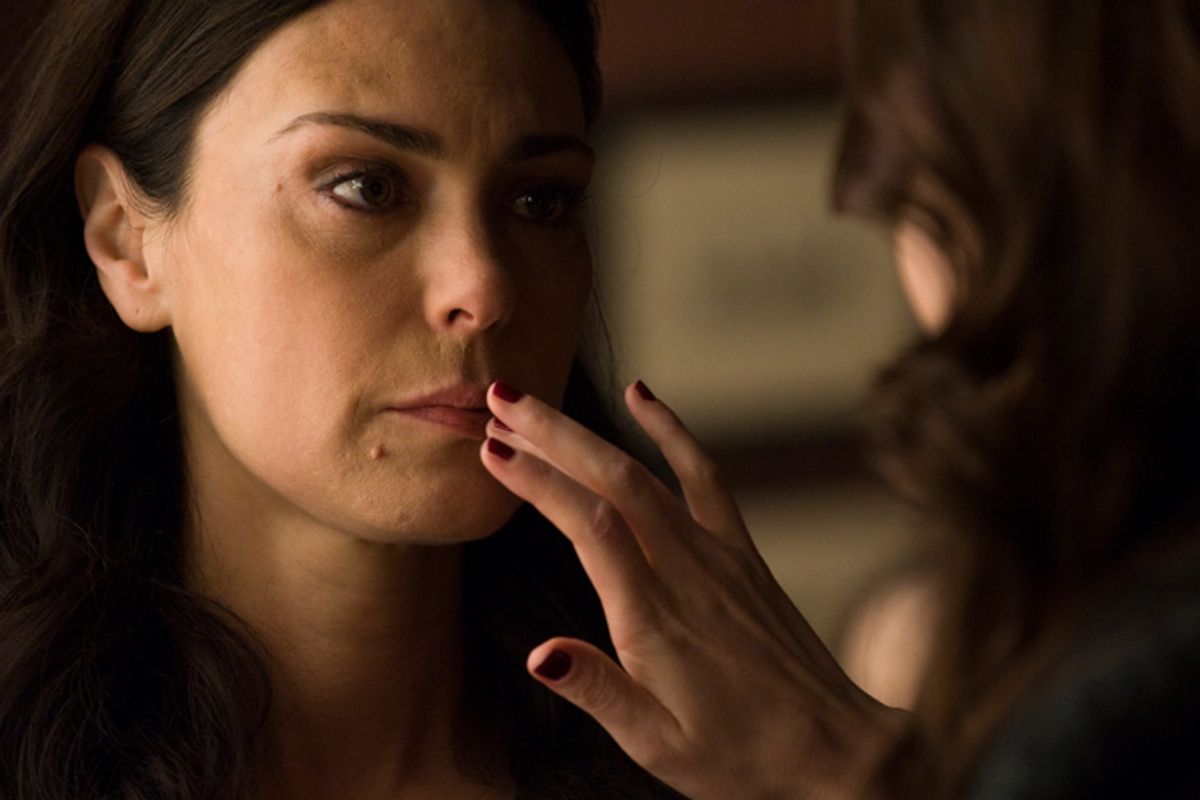 No, really: Who killed Rosie Larsen?

AMC's "The Killing" is the most engrossing American mystery series since the first season of "Murder One," maybe since "Twin Peaks." But it's starting to seem like less of a solvable puzzle-box whodunit by the week -- assuming, of course, that the recent flurry of new suspects and motives and incriminating histories doesn't end up amounting to a gigantic, swarming school of red herring.

Last night's installment, "Vengeance," was the series' best directed and acted episode to date. The only thing that stopped it from eclipsing the series' pilot were a few clunky moments and lines pertaining to Rosie Larsen's teacher Bennet Ahmed (Brandon Jay McLaren), his mysterious and still unseen Islamic teacher Muhammad, and the issue of anti-Muslim sentiment, which boiled over in Seattle once word leaked out that Bennet was under suspicion. The instant furor seemed credible, especially given how ruthlessly the incumbent mayor has exploited Bennet's arrest to damage his strongest opponent, councilman Darren Richmond (Billy Campbell). But the Rush Limbaugh-like radio rant and Mitch's mom's bigoted lament felt too scripted, and political correctness makes Bennet's guilt highly unlikely (I doubt he'll even turn out to have been an accomplice). And surely "The Killing" is too smart to expand this stuff into a "24"-like terrorism story! I bet this entire thread will turn out to have been a distraction meant to help run out the series' time clock. There were other irritants, too: For instance, from the instant we saw Sarah's lie-detector stare in episode one, we knew damn well she was never going to leave Seattle to join her boyfriend, so why keep dwelling on it?

That said, the scene where detectives Sarah Linden (Mireille Enos) and Stephen Holder (Joel Kinnaman) visited Bennet's mosque was terrific: sharply observed, dryly funny (the line about the 40 Muhammads at the prayer meeting), and in the end, surprising.  And in every other way,  this hour was aces, especially visually. More so than any other episode, this one was built around wide shots that showed the characters from head-to-toe, or from the waist up, and that put several key players in the same frame at once -- the better to let you observe their posture and gestures as a detective might. And nearly every cut, shot and scene was thrillingly exact: Darren's speech before the council (how could anyone vote yes to defunding an afterschool program after hearing Billy Campbell's sorrowful voice?); the detectives poking around in Muhammad's meat-cutting warehouse; the various silent-with-music montages. These sequences and others had a precision and restraint that recalled great 1970s paranoid thrillers such as "Klute" and "All the President's Men," and early Michael Mann films ("Manhunter" especially). And how refreshing it is to see a crime story told with such patience! Most TV dramas have more cuts in a single act than this episode had in its whole running time.

But really, now, AMC: How are we supposed to try to out-guess the writers (as the network is breathlessly urging us to do via gimmicks such as "The Suspect Tracker") when the series keeps widening the net, and revealing unsettling facts about major characters that were previously withheld from us? So Bennet was almost certainly having an affair with Rosie, and he was studying Islam at the mosque, and he had a shadowy teacher who happens to work in a place with electrical saws and meat hooks and freezers? And Stan (Brent Sexton) was once a mob enforcer, experienced at killing, so the murder might somehow be connected to his past?

It's all believable, and very well acted -- especially the Stan-Bennet scenes at the end of the last episode and the start of this one; they reminded me of those tense sections of "The Sopranos" when Tony would do a bit of tactical calculus in his head, then conclude that someone had to die.  But the plotting is starting to worry me. At times it reminds me of the movie version of "The Fugitive," an entertaining film that nonetheless withheld key facts so as to make it impossible for viewers to guess who killed Richard Kimble's wife, or why.  I hope that's not where "The Killing" is headed.

Whether it is or isn't, though, the plotting of the last couple of episodes still makes me think that the show is a very different animal than the P.R. campaign led us to believe -- and that I might as well give up doing the weekly "Colonel Mustard in the study with the candlestick" routine, and just surrender and go along for the ride.

But since we're here, what the hell: Let's predict.

Because no major network series is going to reveal that a dark-skinned Somali-American Muslim murdered a teenage white girl, Bennet is a no-go except as an accomplice. I bet that in the end he will prove guilty of nothing more than deeply inappropriate behavior with a student. I feel pretty certain that Darren didn't kill Rosie, either; despite the fact that Billy Campbell has played bad guys and damaged people brilliantly, the "all politicians are possible murderers" card strikes me as one that "The Killing" has too much pride to play. And I think we can rule out Rosie's mom and dad and probably everyone else in her immediate family, with two possible exceptions: Rosie's sister Terry Marek (Jamie Anne Allman) and  Jamie the campaign manager (Eric Ladin), who has a hot temper, thinks his bosses are idiots, and seems to have few scruples about anything.

One of my editors suggested that Belko Royce was still a strong candidate as prime suspect because the actor who plays him (Brendan Sexton III) was a bit of an indie film up-and-comer in the '90s; why would "The Killing" hire somebody like that and not have him end up playing a major role? I disagree; Sexton's a good actor, but not such a big name that he has to be indulged with extra screen time, and besides, "The Killing" just doesn't strike me as the sort of show where the identity of the murderer hinges on an actor's past filmography.  That said, Belko has seemed quite impulsive and squirrelly of late.

Right now I'm leaning strongly toward Aunt Terry or Kris Echols (Gharrett Patrick Paon) -- the former because she seems tightly wound, put-upon, and very resentful of her in-laws, and the latter because he's got that Method junkie twitch thing, and his character's last name is the same as Damien Echols, the convicted teenage murderer in the "Paradise Lost" documentaries.

Who's your prime suspect? And do you think "The Killing" is giving you enough information, and doling it out fairly enough, to allow you to make an informed guess?

Our Picks Television The Killing Tv