Researchers believe disorder often goes undiagnosed in countries such as the U.S. 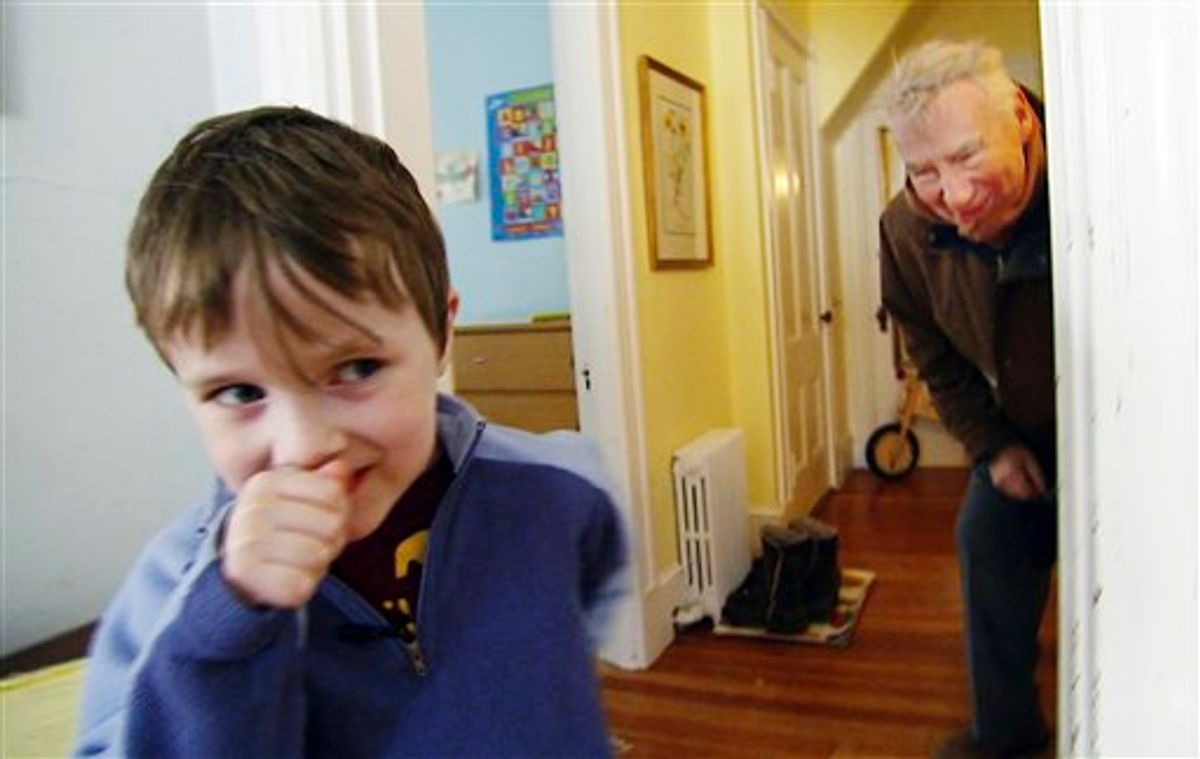 In this January 2011 still photo taken from video, PBS newsman Robert MacNeil, right, interacts with Nick, his 6-year-old grandson, at Nick's family's home in Cambridge, Mass. After a decade off the air, MacNeil returns Monday, April 18, 2011, with a six-part series he reported on autism, inspired by Nick, who is featured in the series. (AP Photo/PBS NewsHour) (AP)
--

A study in South Korea suggests about 1 in 38 children have traits of autism, higher than a previous U.S. estimate of 1 in 100.

By casting a wider net and looking closely at mainstream children, the researchers expected to find a higher rate of autism characteristics. But they were surprised at how high the rate was. They don't think South Korea has more children with autism than the United States, but instead that autism often goes undiagnosed in many nations. U.S. estimates are based on education and medical records, not the more time-consuming survey conducted in South Korea.

Two-thirds of the children with autism traits in the study were in the mainstream school population, hadn't been diagnosed before and weren't getting any special services. Many of those undiagnosed children likely have mild social impairments, rather than more severe autism.

"It doesn't mean all of a sudden there are more new children with (autism spectrum disorders)," said co-author Dr. Young-Shin Kim of the Yale Child Study Center. "They have been there all along, but were not counted in previous prevalence studies."

It's not clear whether the children need special services or not, other experts said.

The CDC wasn't involved in the new study, although another federal agency, the National Institute of Mental Health, provided some funding. The group, Autism Speaks, which advocates for more aggressive autism screening, also helped pay for the study. Autism Speaks had no role in the study's design.

The research, published Monday in the American Journal of Psychiatry, attempted to screen all 55,000 schoolchildren, ages 7 to 12, in a district of Goyang City, near Seoul.

However, only about two-thirds of mainstream children participated. About 63 percent of their parents filled out a survey. The researchers acknowledged that parents of affected children might be more likely to fill out the survey.

The questionnaire used is a recognized screening tool for high-functioning autism such as Asperger's syndrome. It asks such questions as whether the child "stands out as different" in a number of ways, including lacking empathy, lacking best friends and being bullied by other children.

From there, some of the children who screened positive were tested further. Very few of the children actually completed the entire diagnosis process. But the researchers say they still were able to use the findings to estimate that about 2.6 percent of the population had some autism traits -- compared to the U.S. estimate of 1 percent.

"Community providers, researchers and others are interested in prevalence of autism on a frequent basis," Yeargin-Allsopp said. "This is not possible if you're doing a screening of an entire population" as was attempted by the South Korean researchers.

Other funders of the study were Children's Brain Research Foundation and the George Washington University Institute for Ethnographic Research.