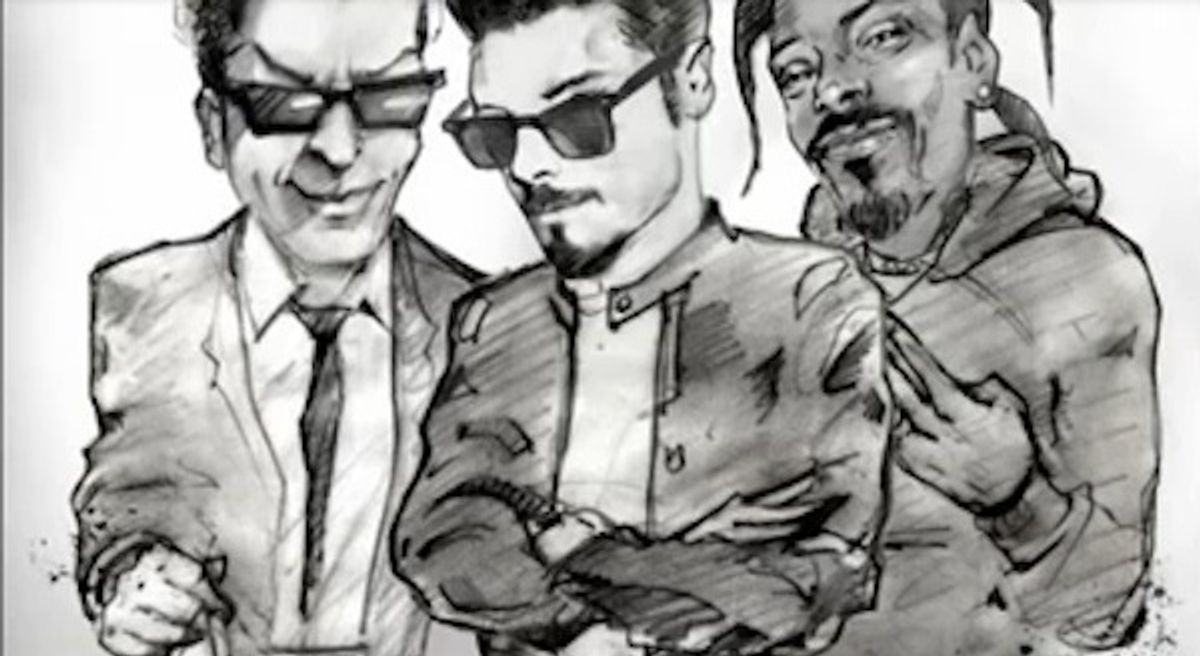 I have to say, when I made that deal with the devil in exchange for eternal life, I didn't realize that I was going to be spending the entire time blogging about Charlie Sheen and Snoop Dogg's "music" "video." This isn't life, this is hell! I find myself screaming at my computer, only too late realizing the irony of my predicament.

Anyway, here is the Snoop Dogg/Charlie Sheen single that will be released on iTunes later tonight, or possibly earlier if these guys run out of cash and need to cop before midnight. I'll give you one guess what the title is.

Sorry, even after listening to that video, I'm very confused. Did Charlie Sheen even perform on this track? Because it kind of looked like they just got some B-roll from his Torpedo of Truth tour. Which is odd on a couple of different levels, because Sheen tried to show this video at his first tour stop in Detroit but was booed off the stage. Since the Sheen portion of this video seems to be composed mainly of footage from his tour, I'm wondering about the timeline here. And what about that shot of Sheen talking onstage while the video of Snoop Dogg raps behind him? When did that happen if he "ripped the video from the majority of media appearances"?  I'm starting to feel like this video is some weird Charlie Kaufman experiment. Or the result of two guys getting very, very high. Help, explain it to me, Charlie!

"Well, the genesis of the song is about, you know, winning," says Sheen. "I think Snoop did a really good job at kind of encapsulating the whole vibe of, you know, the movement."

Oh! Yes, yes, of course. Now I got it. It just took a moment. Back on track. Winning!