Does Obama's trip to the border actually matter? 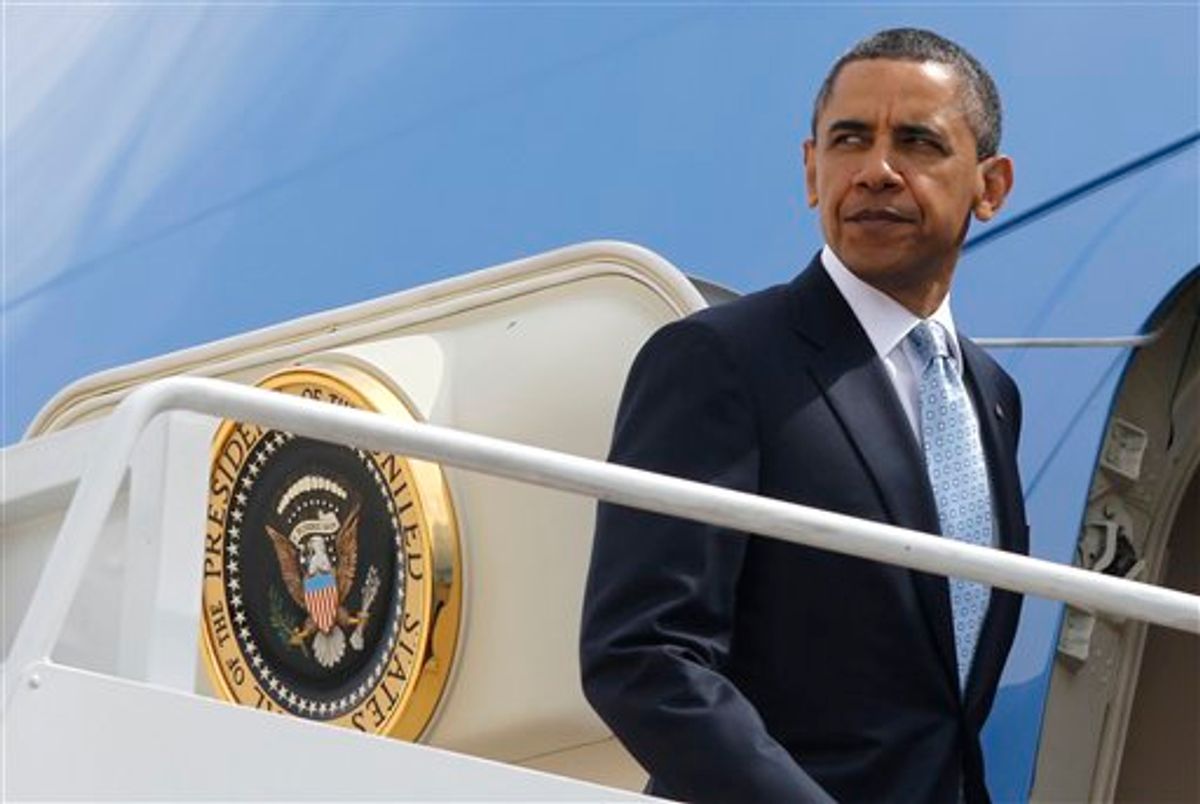 When Barack Obama speaks at the U.S.-Mexico border Tuesday, calling for immigration reform, he will have a tough time winning over immigration advocates -- and rightly so: There have been a record-breaking 400,000 deportations in each of the past two years, more than under the Bush administration; border security has ramped up; and even the modest Dream Act failed to pass the Senate last year.

Obama's speech in El Paso will specifically argue for the economic benefits of immigration and the tightening of border controls, according to officials who have previewed the speech. He will push to extend the stay of 1,200 National Guard stationed at the border, Reuters reports, but will also argue for a pathway to citizenship for illegal immigrants.

With a Republican controlled House, no one is laboring under the impression that a comprehensive immigration reform bill could pass now. And as Politico notes, immigration advocates have called for the president to use his executive powers to "halt deportations of young illegal immigrants who would qualify for the Dream Act" -- a move Obama is resisting. So all it is even possible for the president to offer Tuesday is a stated (but as yet unproven) commitment to immigration reform.

As Suzy Khimm in Mother Jones notes, "Until Obama eases up enforcement and lays out a specific timeline to tackle immigration reform in his second term -- with Democratic majorities in both houses to support his plan -- he may have a tough time coming across as a credible immigration reform advocate".

So his appearance Tuesday can be read as little more than a token outreach to Latino voters and perhaps, as The American Prospect suggests, an opportunity to connect with potential Democratic funders tucked away in Republican majority Texas.