Behind the Princess Diana photo controversy

A new documentary gets attention for screening a picture that's "never before" been seen -- or has it? 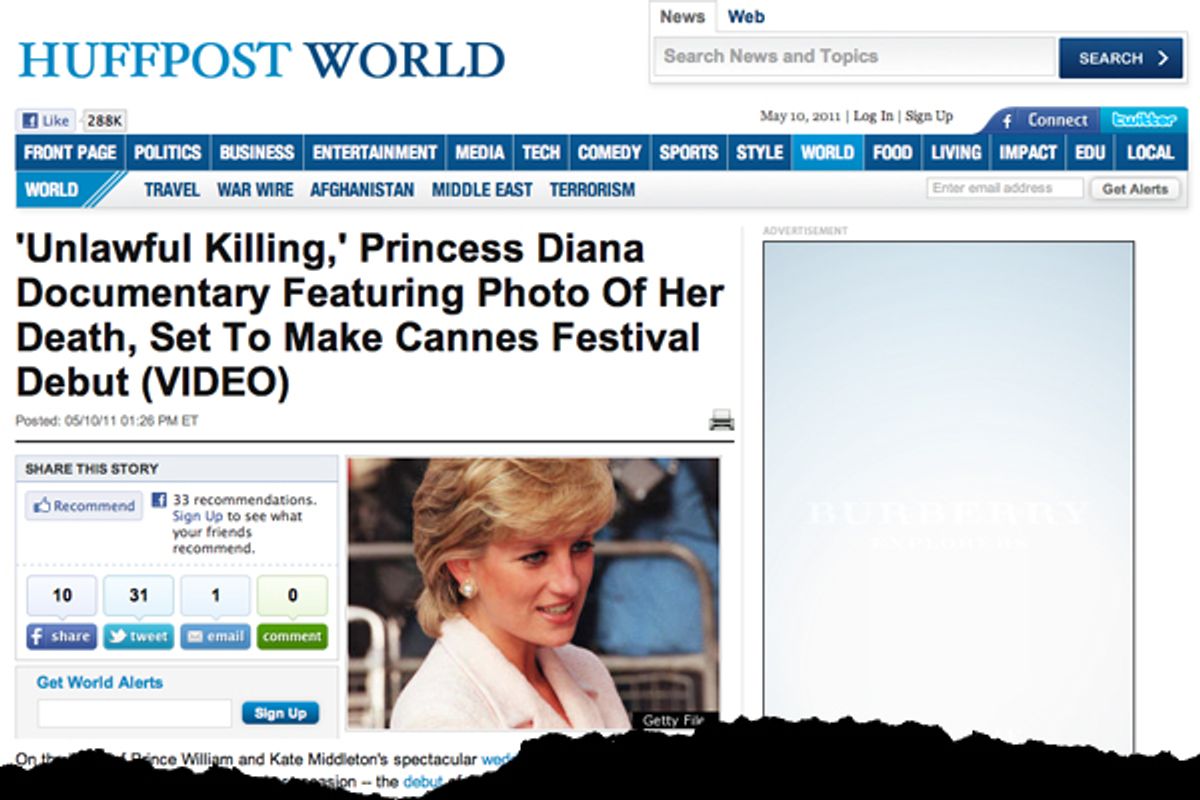 On Friday, "Unlawful Killing," a film that airs unflattering theories about an establishment coverup after the death of Princess Diana in 1997, will premiere at Cannes (although it is not part of the official Cannes festival lineup). The film was made by Keith Allen (father of pop star Lily), and you can see the trailer here:

Unsurprisingly, its release has generated a great deal of press, at least in the U.K., where it will not be screened publicly. Controversy largely surrounds the film's use of a graphic black-and-white photograph showing Diana minutes after the fatal crash occurred. At least two American news outlets, ABC News and The Huffington Post, had a field day over the release of the film, announcing dramatically that it features a "never-before-seen picture of Princess Diana as she lay dying."

That's not quite true. The photo in question, which was used in the course of Diana's inquest, has actually been published before -- just not in Britain. Buried in media reports about the new documentary (if mentioned at all) is the fact that this particular image has actually been printed in an Italian magazine, and can be seen by anyone on the internet.

Indeed, a spokesman for the documentary admitted to the Daily Mail that "the picture has been published in full before, in many parts of the world, ... [and] is widely available on the web. We are therefore not publishing anything that the rest of the world has not already seen elsewhere."

Of course, the photo is unlikely to be the only objectionable point about the film, at least for those who don't subscribe to conspiracy theories surrounding Diana's death. Allen told the Daily Mail that his movie, which features commentary from the likes of unauthorized biographer Kitty Kelley, radio shock jock Howard Stern and comedian Kathleen Madigan -- a trio not exactly known for their expertise on the royal family -- won't be released in the U.K. because "lawyers insisted on 87 cuts."