"Bin Laden was a rare combination: not only was he evil, he was lame" 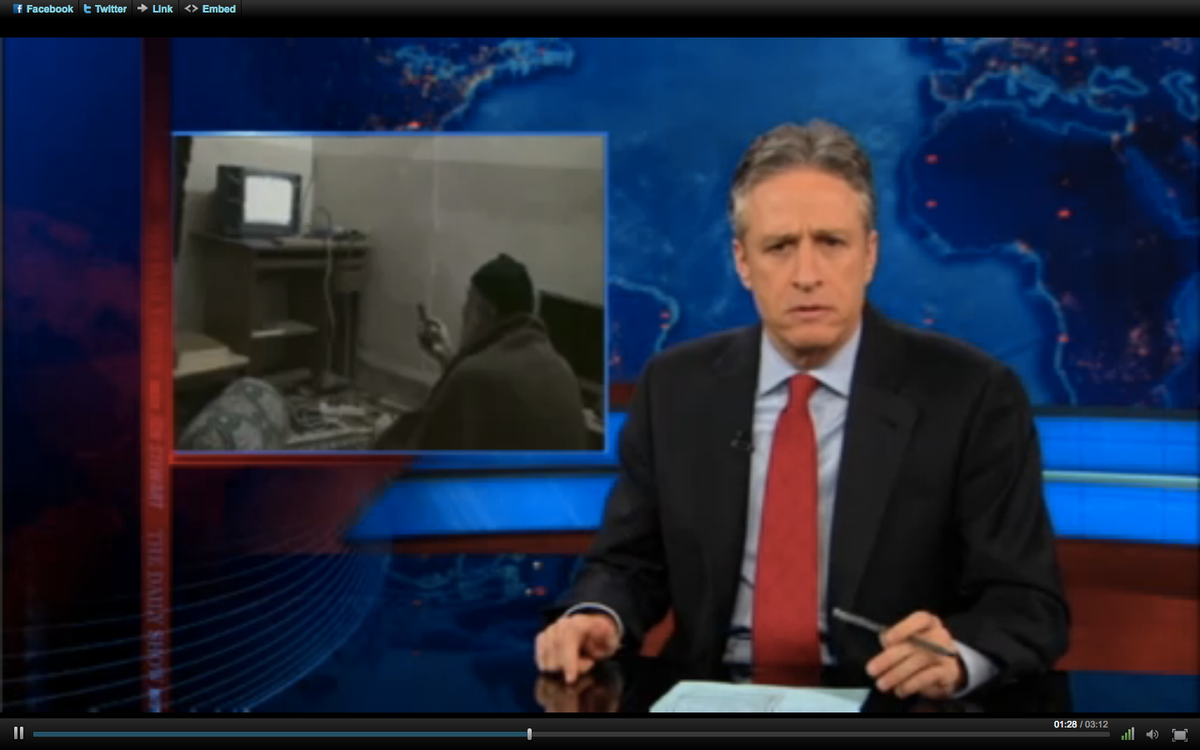 The Pentagon footage revealed that the terror leader dyed his beard when taping propaganda messages; Navy SEALs also reportedly found a natural virility enhancer, Avena syrup, in bin Laden's compound, prompting Stewart to joke that he "[felt] bad for the courier who had to do Osama's shopping at the Abbottabad CVS."