U.S. leaders and rights groups have denounced the bill in recent days in hopes parliament will reject it 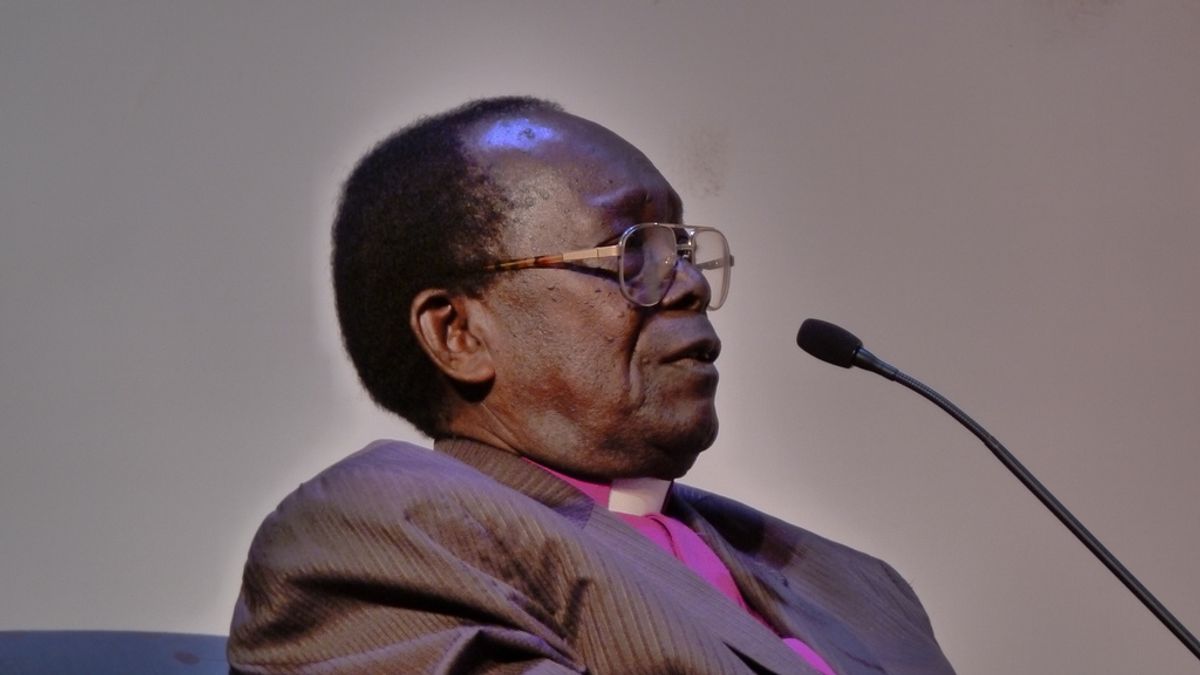 Bishop Christopher Senyonjo, a Ugandan gay rights activist, has fought against the bill
--

Uganda's parliament on Wednesday was forced to drop plans to debate a controversial bill that once proposed the death penalty for some gays and lesbians, but officials indicated lawmakers would debate it on Friday.

U.S. leaders and rights groups have denounced the bill in recent days in hopes parliament will reject it. Internet petitions have gathered more than 1.4 million signatures.

The bill was first proposed in 2009 but wasn't debated until last Friday. It had been scheduled to be debated before the full parliament on Wednesday, but a walkout by female legislators over an unrelated bill prevented parliament from discussing it.

Now parliament appears ready to hold an extraordinary session on Friday to debate the bill, which in its original form would impose the death penalty and life imprisonment in some cases.

The bill's author, David Bahati, has said a new version would not contain the death penalty, but no amended version has been released publicly. Bahati said Wednesday he expected the bill to be debated and passed on Friday.

Frank Mugisha, the director of Sexual Minorities Uganda, a gay rights group, said he considered the lack of quorum a temporary reprieve.

"The way I saw, if the bill was debated today, it would have been passed because most MPs were in its favor," he said. "We were saved by the lack of quorum."

Online petitions from the groups Avaaz and Allout said they had gathered more than 1.4 million signatures. Amnesty International and Human Rights Watch called the bill's progress deeply alarming. A U.S. congressman said if the bill passes he would urge huge cuts in international aid, and the U.S. State Department again voiced its opposition.

"If adopted, a bill further criminalizing homosexuality would constitute a significant step backwards for the protection of human rights in Uganda," said Hilary Fuller Renner, a spokeswoman for the State Department's Bureau of African Affairs. "Respect for human rights is key to Uganda's long-term political stability and democratic development, as well as its public health and economic prosperity."

Gay rights groups say that the harassment of gays has increased in Uganda since the introduction of the bill in October 2009.

Last year a tabloid newspaper in Uganda published the names and photos of men it alleged were gay. One cover included the words "Hang Them." Shortly afterward, a prominent gay rights activist whose picture was published was bludgeoned to death, though authorities contend David Kato's sexual orientation had nothing to do with the killing.

Bahati's original bill would mandate a death sentence for active homosexuals living with HIV or in cases of same-sex rape. "Serial offenders" also would face capital punishment. Anyone convicted of a homosexual act would face life imprisonment.

Anyone who "aids, abets, counsels or procures another to engage of acts of homosexuality" would face seven years in prison. Landlords who rent rooms or homes to homosexuals also could get seven years.

If the bill is picked up by the next session, some, all or none of those provision could change during parliament negotiations.

Homosexuality is highly unpopular in Uganda, and pastors in this Christian country speak out loudly against it. Bahati has said he thinks the bill would become law if voted on.

U.S. Rep. Barney Frank said in a statement Tuesday he was disturbed that parliamentarians were again discussing the bill. He said if it becomes law that he would urge the U.S. government to oppose any aid to Uganda from international institutions that the U.S. belongs to, such as the World Bank and African Development Bank.

Avaaz, an Internet group that champions action on issues such as poverty and climate change, said it had collected more than 1 million Internet signatures from people opposed to the bill. The group wants parliament to reject the bill or Uganda's president to veto it if it passes.

"We've helped stop this bill before, and we can do it again," the group's website said.

Straziuso contributed to this report from Nairobi, Kenya.