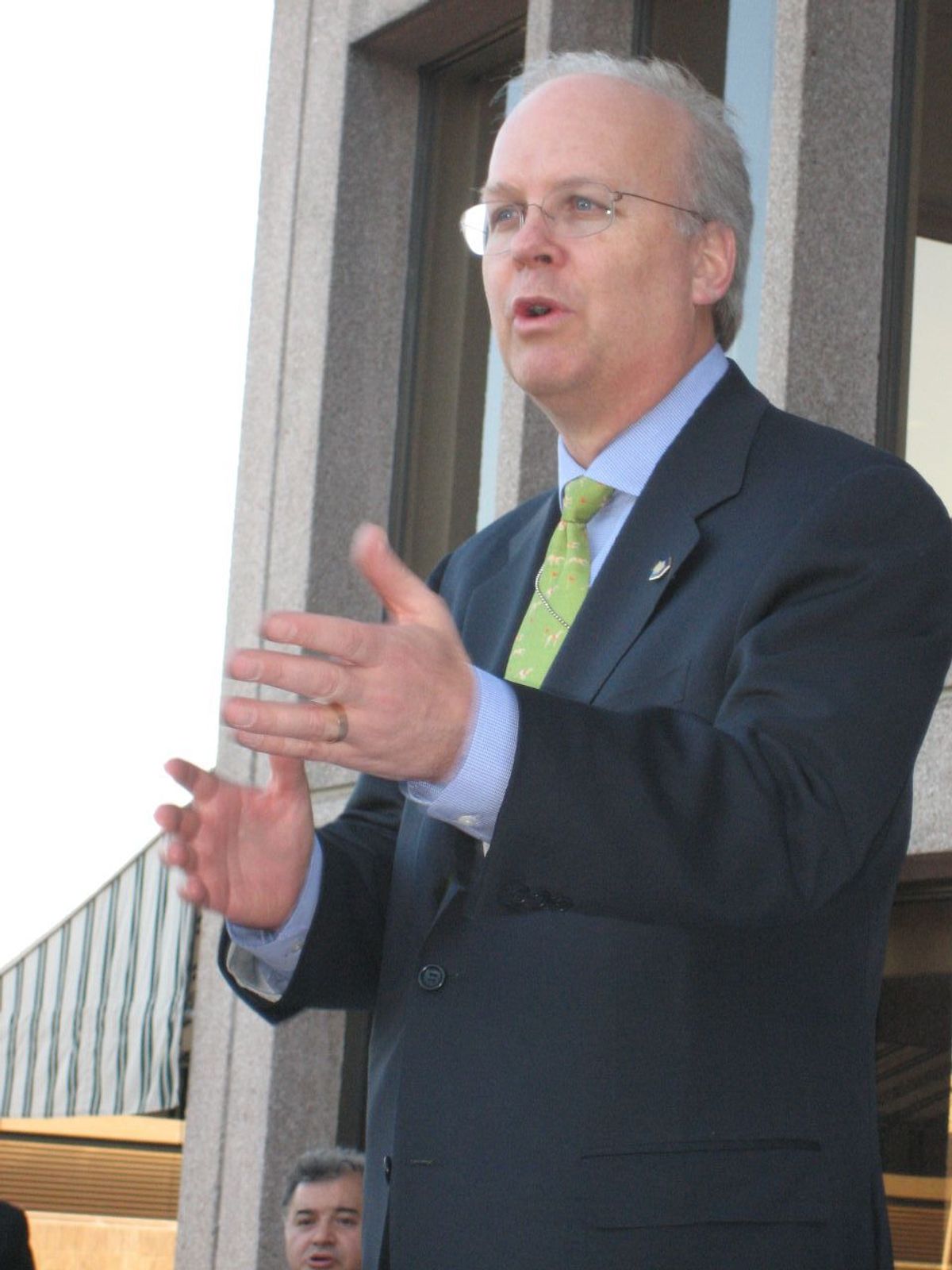 The Democrats who launched a 2012 fundraising group in late April came under fire for stating that -- just like a similar group launched by Karl Rove -- they'd accept big-money donations from unnamed sources. But the controversy over anonymous donations to groups backing either party might actually be moot because, as Politico's Ben Smith reports, big donors who give to groups like Rove's Crossroads GPS are being hit with a gift tax.

"The Internal Revenue Service appears to have begun to enforce a tax on gifts to the non-profit organizations that were a key vehicle for anonymous politics in the last five years and had promised to play a large role in the presidential cycle, a move which could reshape the place of money in politics in 2012," writes Smith, noting that the IRS gift tax would only apply to large donations over $13,000.

The IRS has turned its focus on 501(c)4 organizations -- like Crossroads GPS and the Democratic new counterpart, Priorities USA -- and even donations from the last election cycle to, say, Crossroads, could be hit with back taxes.

As Smith notes, "The question of whether these (c)4 gifts should actually be taxable could be subject to litigation. But the reason for the emergence of (c)4 gifts presents a bit of a trap for donors: If they go to court to fight for the right to avoid taxation on their anonymous gifts, they will compromise their anonymity. Alternately, they may be forced to pay a hefty premium to remain anonymous."