"Does the Noise in My Head Bother You?": A rock star revealed 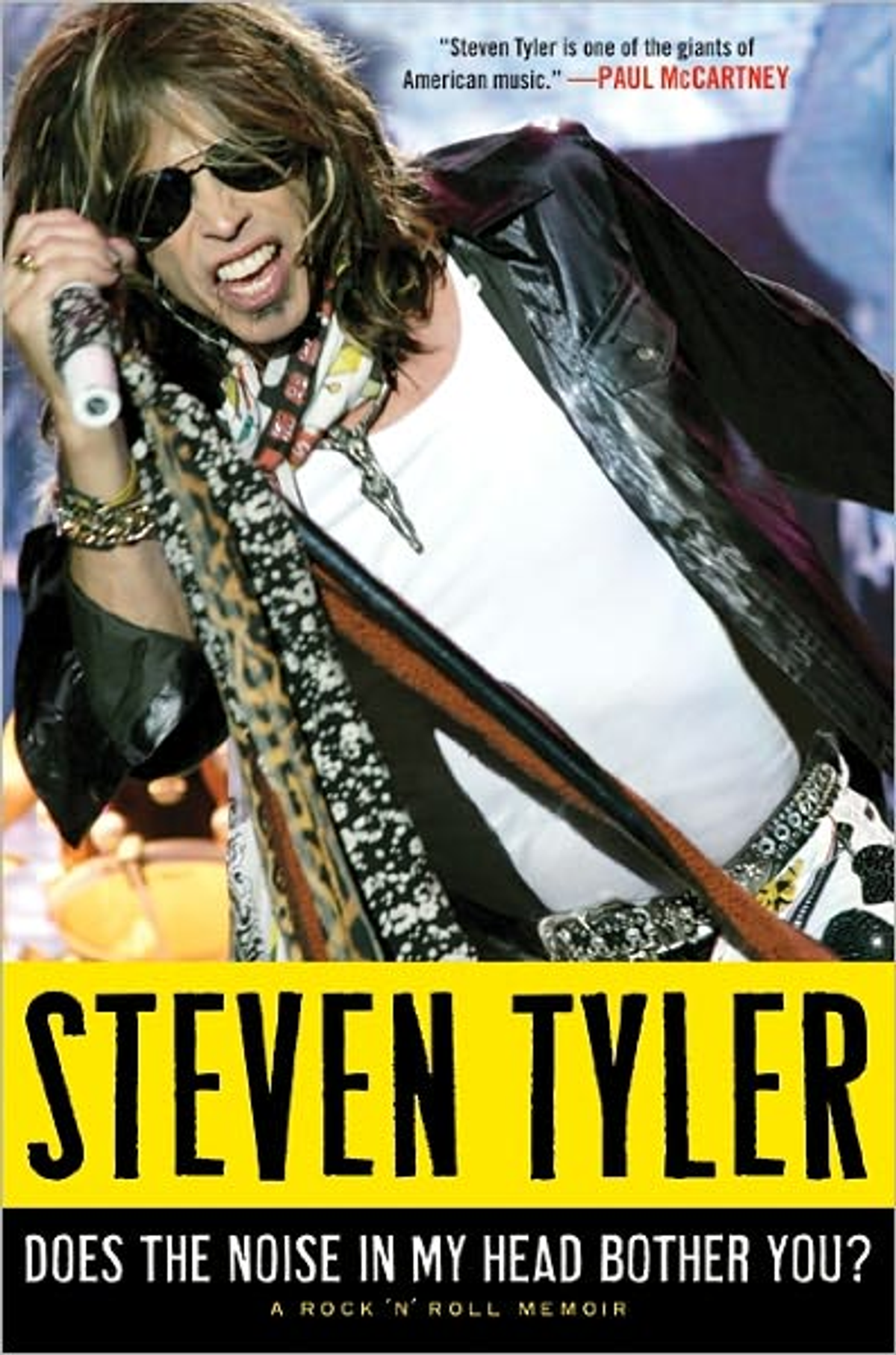 During a recent episode of "American Idol," the popular TV talent show in which the famously foul-mouthed and flamboyant Aerosmith frontman Steven Tyler has reinvented himself as a family-friendly judge, host Ryan Seacrest good-naturedly stopped by the judging table to rib Tyler about his new book, "Does the Noise in My Head Bother You?"

"This book is not for the faint of heart," Seacrest noted, adding, "You've really exposed yourself here. Is there any area you haven't touched?"

Tyler dodged the question, but the answer may well be "no." In his wildly galloping memoir (not to be confused with Aerosmith's 2003 exercise in group autobiography, "Walk This Way"), the man who has long fired up the blue-jean-wearing masses with songs including "Dream On," "Sweet Emotion," "Walk This Way" and "Dude (Looks Like a Lady)," singing and strutting his way into rock 'n' roll history, seems to have left no story untold, no score unsettled, no secret unrevealed.

He rips into venal ex-managers and jealous ex-wives. (No fan of lawyers or monogamy he.) He goes into detail about the drugs he's done (he seems to have done them all, fondly describing where and how he did them and with whom and how they affected him) and the women he's done (ditto). He describes long-standing grievances with fellow band members (he and guitarist Joe Perry weren't called the "Toxic Twins" for nothing: "JOE'S A CREEP -- I'M AN ASSHOLE," he writes emphatically) and even goes so far as to reveal their relative endowments.

While the book is unapologetically profane, inarguably self-serving and at times ragingly uncontrolled (like a memoir amped up on speed), it's also bracingly honest, frequently funny (as "Idol" watchers and Aerosmith fans know, Tyler has a way with a clever turn of phrase) and admirably human. Tyler's now 63 and a grandpa. He's gotten clean (several times), had children by three different women (two of whom he'd married), broken up and gotten back together with his band (who knows how many times?), and has finally made peace with many of his demons: the drug addictions, the romantic betrayals, the parenting failures, the ego-driven battles with band mates.

"I may be a monster," he writes, in apparent hope that the reader might see "the more spiritual side of me" beneath the bad boy stereotype, "but I'm a sensitive monster."

Ultimately, Tyler seems torn between the urge to preserve his carefully cultivated rock star pose and the desire to drop the mask. "It's hard to tell who I am by the trail left by my musical career," he writes. "I am the Demon of Screamin', the dude that looks like a lady, the rag doll that married Lucy in the Sky. But I'm also something more than the rock 'n' roll junky whore who got his foot inside the door."

Beneath Tyler's sex-and-drugs-and-rock-'n'-roll tough talk and raging narcissism -- Tyler calls it LSD: Lead Singer Disorder -- there's a surprising self-awareness, a capacity for empathy, an ability to connect. That's a big part of what has attracted all those fans and all those women -- and now, one imagines, all those readers.