Obama to speak on political change in Middle East

President could deliver major speech as early as next week 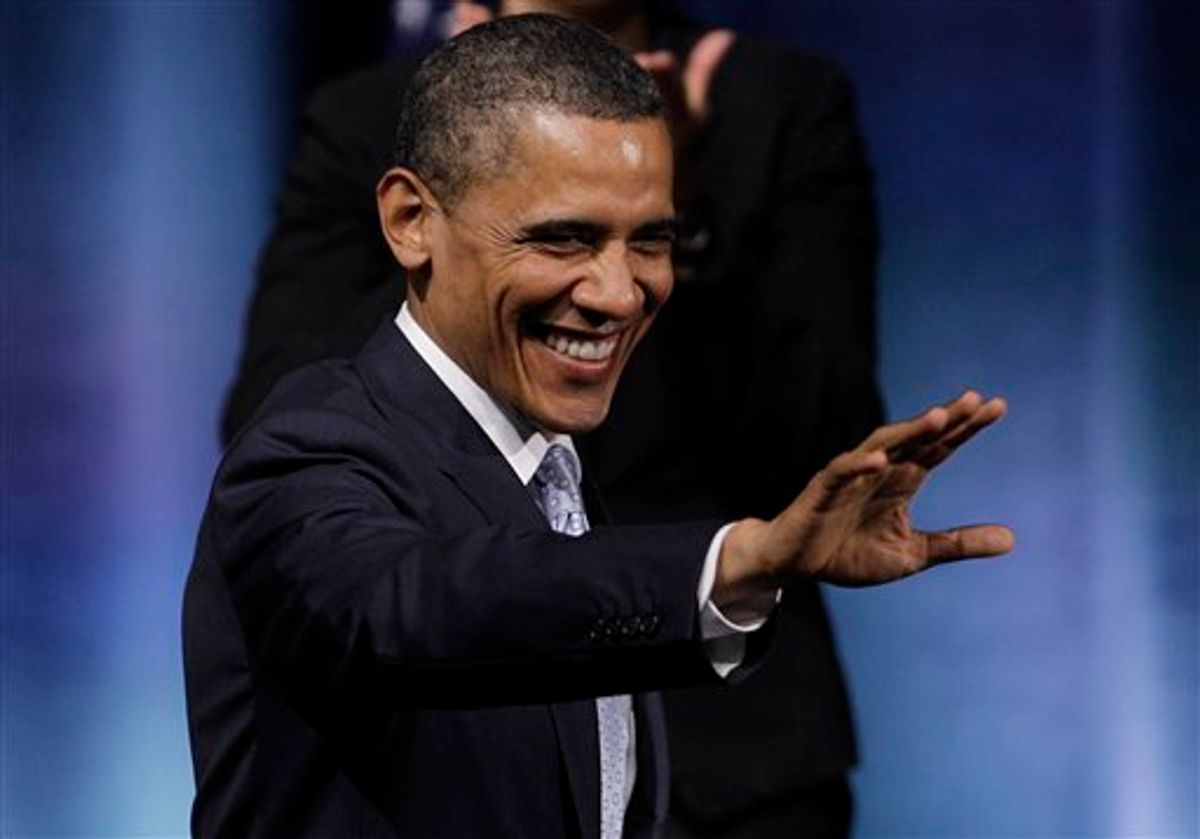 President Barack Obama waves as he prepares to speak at the Austin City Limits Live at the Moody Theater, Tuesday, May 10, 2011, in Austin, Texas. (AP Photo/Eric Gay) (AP)
--

President Barack Obama will deliver a speech on political change in the Middle East and North Africa as early as next week.

Plans for Obama to address people in the region have been under way for more than a month, as political protests have swept from country to country.

A White House official says no date has been set for the speech, but it could happen before Obama departs for Europe next weekend. The official spoke on the condition of anonymity because the speech has not been formally announced.

Obama's agenda next week will already be heavily focused on the Middle East, with Jordan's King Abdullah and Israeli Prime Minister Benjamin Netanyahu making separate visits to the White House.