It's never too early to start injecting needles into your daughter's face, says crazy woman 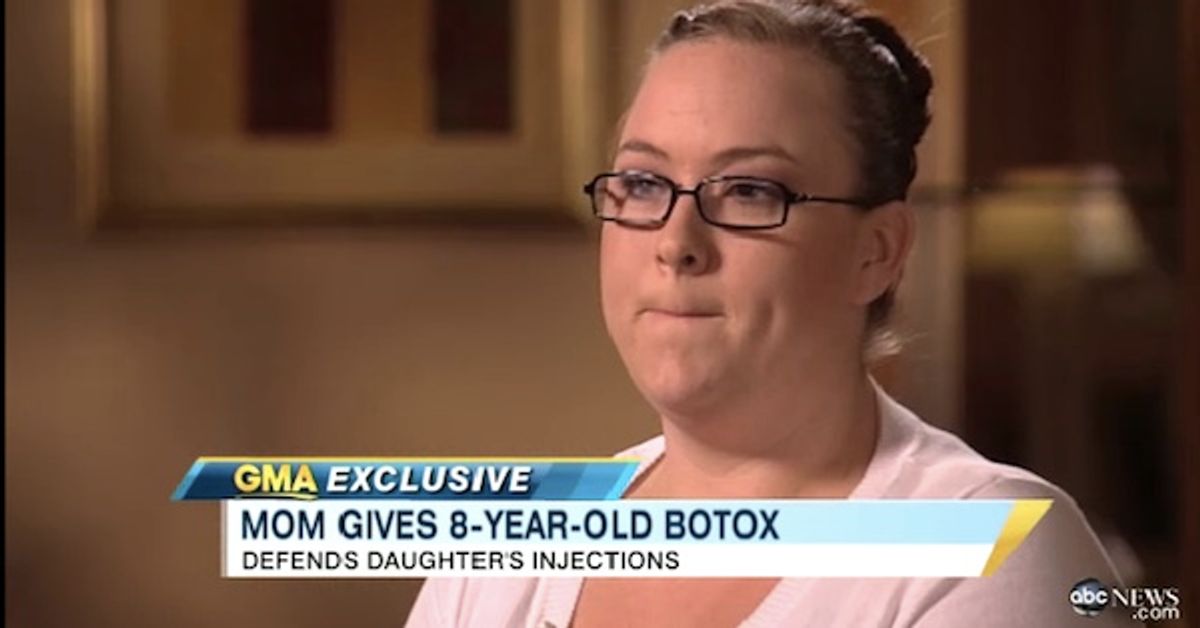 The whole spectacle of shows like "Toddlers and Tiaras" is unappealing to me, because it strikes right at that "Celebrity Rehab"/"Hoarders" voyeurism but adds a cherry topping of sad children to the mix. If I wanted to watch innocence lost in real time, I'd go down to a jail and ask to be locked up, because who wants to see that?!

So when the Sun first broke the story of 8-year-old Britney Campbell and the routine Botox injections foisted on her by her pageant mom, I tried not to pay attention. What this little girl needs is less public attention, not more. She also needs Child Protective Services, but somehow none of the media outlets that have jumped to interview Britney's mom, Kerry (who administers the injections, as well as waxes her daughter's upper thighs), have bothered to call the authorities.

Next stop on the Campbells' tour of horrors would be"Good Morning America," where Kerry today went on with Britney to discuss the controversy as well as defend her decision to put needles full of poison into her daughter's face to "get rid of the lines."

Man, calm down, everyone! What's the big deal? This all seems totally safe and legitimate: The mom does it to herself (she's a part-time aesthetician so it's kosher) and she gets the Botox to inject into her child's head through an unnamed source who is "behind the doctor scene." It's all on the up-and-up. If anything, Kerry Campbell's only crime is being too good of a mother.