A devastating report on the Ensign affair 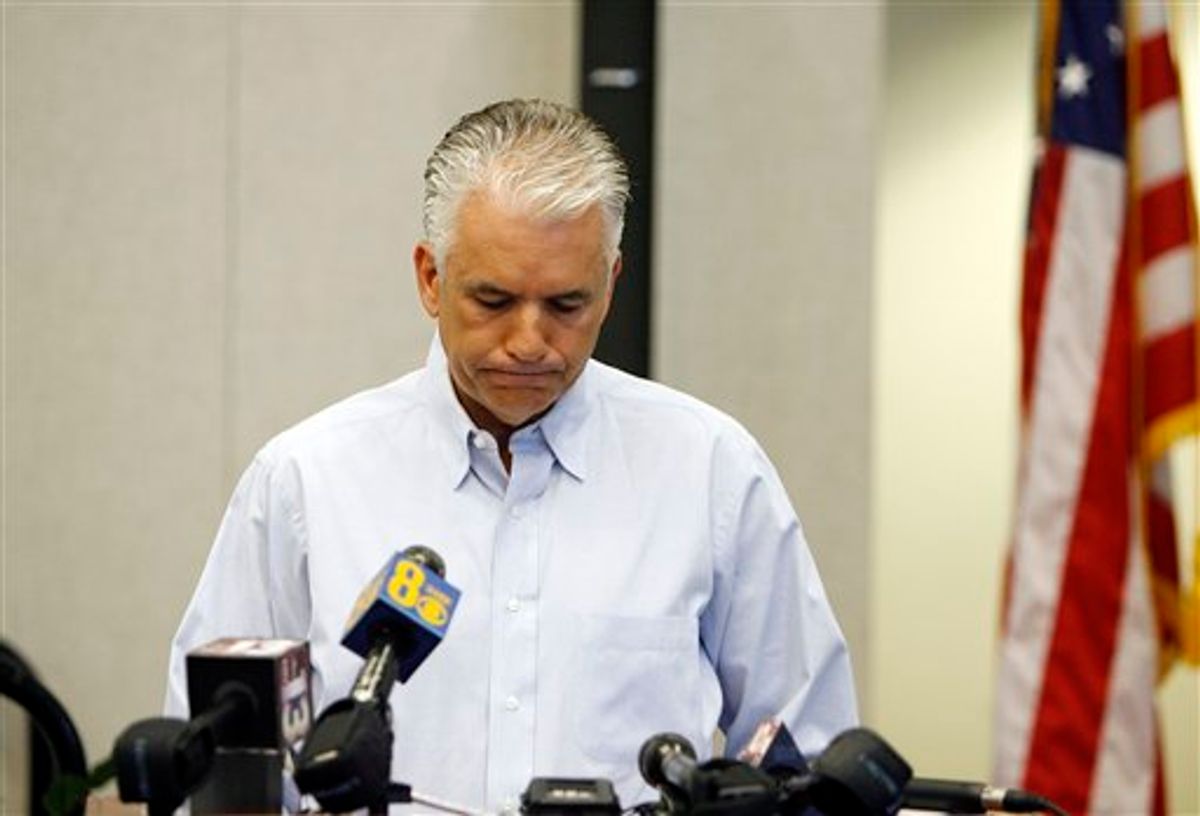 If you read just one report from the Senate Ethics Committee this year … make it the 75-pager just released on John Ensign, his affair with a campaign staffer married to another Ensign aide, and the subsequent botched coverup.

Ensign resigned from the Senate last month. But the ethics committee is referring its findings to the Justice Department, alleging that Ensign may have committed crimes including obstruction of justice and violation of federal election law.

The referral to the DOJ is the headline here. But the new  report, the product of a 22-month investigation, also includes some remarkable details about just what happened between Ensign and Cynthia Hampton, and the senator's attempt to keep the matter from blowing up -- partly by trying to placate Cynthia's husband, Ensign staffer Doug Hampton.

Doug Hampton was indicted in March for allegedly violating a ban on lobbying Ensign's office following his employment there.

Here's a sample of the findings from the new report.

Once the affair began, Ms. Hampton had serious concerns about her job with Senator Ensign's campaign. She stated that "I just didn't want to lose my job. I loved my job. I loved the people I worked with ... I had a lot of fear of losing my job."

Here is the full report:

Public Report_Preliminary Inquiry Into the Matter of Sen Ensign