New cartoons promise to be this generation's "Schoolhouse Rock," except with 100 percent more right-wing propaganda 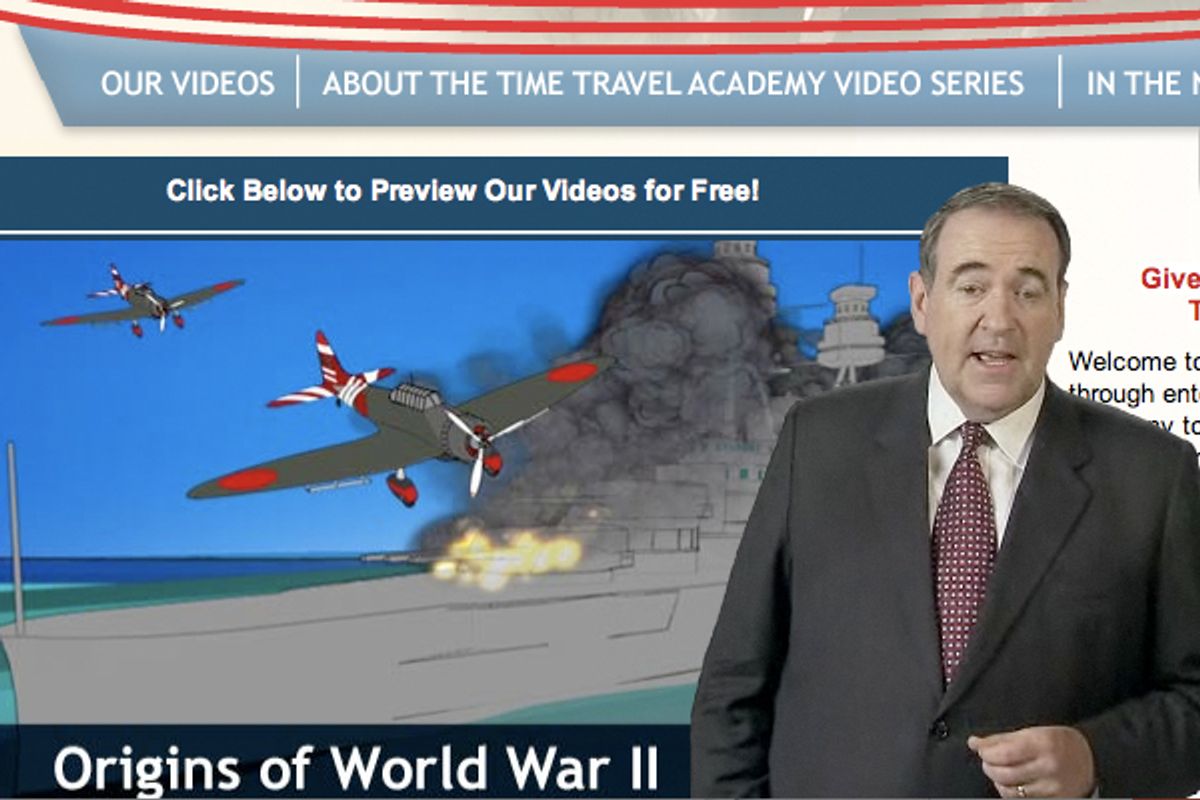 Do your children know enough about Ronald Reagan? If they attend a liberal public school, probably not! Thankfully, a charming theocrat talk show host and 2012 Republican presidential nomination front-runner is here to educate them, with cartoons. Mike Huckabee presents "Learn Our History," an edutaining look at the American story from World War II to Ronald Reagan. In fact, it consists solely of World War II and Ronald Reagan. (There is more coming, though! Up next is 9/11.)

I know this will be nearly impossible to believe, especially when the mugger in the "DISCO" shirt shows up less than 30 seconds in, but this does not appear to be a joke:

Haha what? What is this? Explain, Huckabee:

Sure, kids learn about history in school, but between their "boring" textbooks and lectures, kids today are simply not excited by the incredible stories and lessons of our past. What's worse, some teachers and education boards are using history and social studies classes as their soap box to promote their own political opinions and biases! And to me, that's simply unacceptable.

The videos are about some teenagers who travel through time, learning about American Exceptionalism. So it's sort of like the popular U.K. series "Doctor Who" except it's cheaply produced political propaganda. (Instead of cheaply produced science fiction.)

If you order "The Reagan Revolution" now, for just $9.95, you'll also receive "The History Exploerer Shoulder Sack" (a $15 value!) and "The History Explorer Quick Focus Binoculars" (a $26 value!) -- free! (Also, if you order now, you will automatically be signed up to purchase all future videos in the series, "for just $11.95 plus $3.95 s/h billed conveniently to your credit card.")

In case you're curious, there is no hint of Franklin Roosevelt in the World War II video:

These are a million times better than Newt Gingrich's endless series of documentaries about the pope or whatever. Also it really looks like Mike Huckabee is not running for president, because I don't think presidents need such bizarre moneymaking schemes? He's like a male evangelical Lucy Ricardo, this guy.