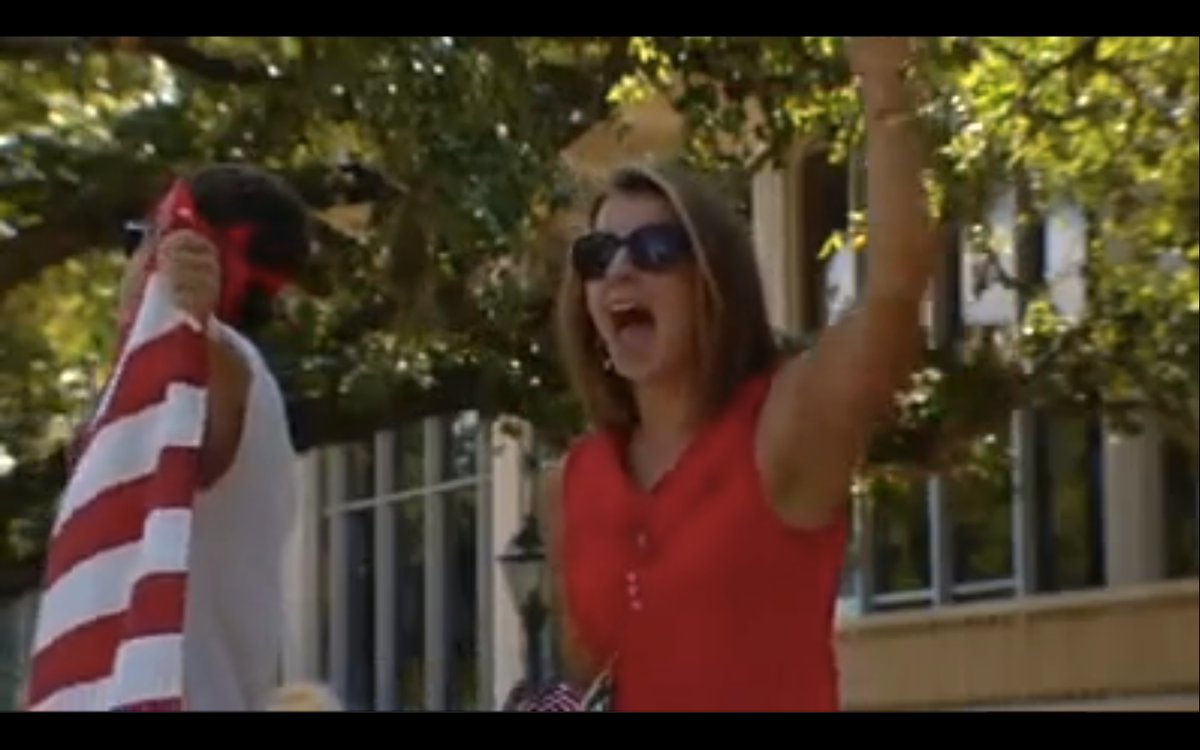 A planned flag-burning at Louisiana State University went awry Wednesday when hundreds of protesters shouting "USA!" descended on the scene.

According to Fox News Radio's Todd Starnes, graduate student Benjamin Haas "wanted to torch the flag to show his support for another student who was arrested last week for burning a flag after Usama bin Laden was killed."

The burning comes nearly a week after Isaac Eslava was taken into custody after cutting down and burning the American flag flying over the War Memorial and stealing the University flag.

Haas was removed from the site of the protest before the flag-burning itself could take place.

Watch footage of the event here: