What if an Arab-American ran for president?

Actually ... it looks like it's about to happen. And he's a Republican! 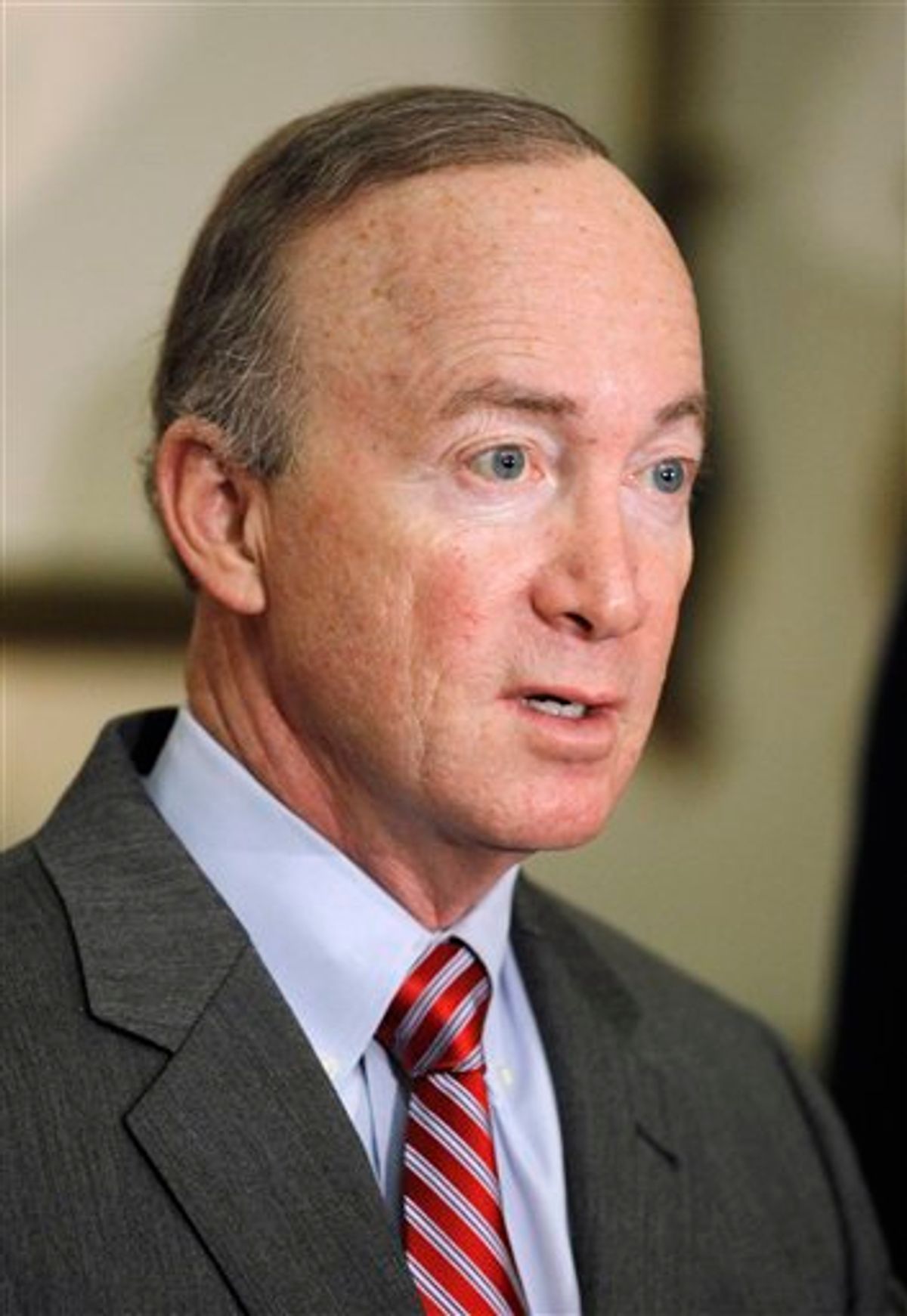 FILE - In this April 15, 2011 file photo, Indiana Gov. Mitch Daniels speaks at the Statehouse in Indianapolis. Ready or not, the 2012 presidential campaign is under way in earnest a full 18 months before Election Day. The GOP field _ still muddy and made up of no less than a dozen people _ will become clearer in coming days as more Republicans declare they'll run or sit out _ and President Barack Obama's schedule already is packed with fundraisers and visits to states important to his re-election chances. (AP Photo/Darron Cummings, File) (AP)
--

There's been a lot of talk in the past few years about Barack Obama's unusual-sounding -- to Western ears -- name. It turns out one of the possible GOP presidential contenders, Mitch Daniels, might well have been named Mitch Esau -- if the "Daniels" had not been tacked on to his Syrian grandfather's name at Ellis Island.

It was at an Arab American Institute award ceremony earlier this month that Daniels told the story of Elias Esau Daniels' arrival in America as a "penniless and illiterate" 21-year-old from Syria in 1905. Daniels' Syrian background was not previously well known, so it was a surprise last month when news broke that Daniels was accepting the Najeeb Halaby Award for Public Service from the Arab American Institute. He has since taken criticism from some on the far right for taking an award from the Arab group.

Daniels' remarks at the event -- video of which had not been previously released and is at the bottom of this post -- focused on the classic immigration story of his paternal grandparents.

"There is nothing at all remarkable about the Daniels family heritage except that it's happened millions of times in America. And it's so very, very typical of the opportunity and the promise and the lives that this blessed land has enabled," he said.

He said that, after arriving in America, his grandfather went on to do well in his adopted hometown in Pennsylvania, partly by running a "numbers racket" at a pool hall. His grandfather later returned to Syria in the early 1920s to find a younger wife, Hannah Afifi, the woman who gave birth to Mitch's father. Daniels said his grandfather and great aunts went on to endow a hospital in a small village in Syria.

"Now I am so proud that brave Syrians have stepped forward ... against apparently brutal threats and repression [and] have stood up for the right to dream and to live free and try to pursue better lives for themselves," he said. "I'm so thrilled about it."

Here is the video, with Daniels' speech beginning at the 16:20 mark: