Rand Paul, America's dumbest senator, will not be enslaved by your "right" to basic healthcare

The government will drag doctors out of their homes and make them heal people at gunpoint, according to an adult 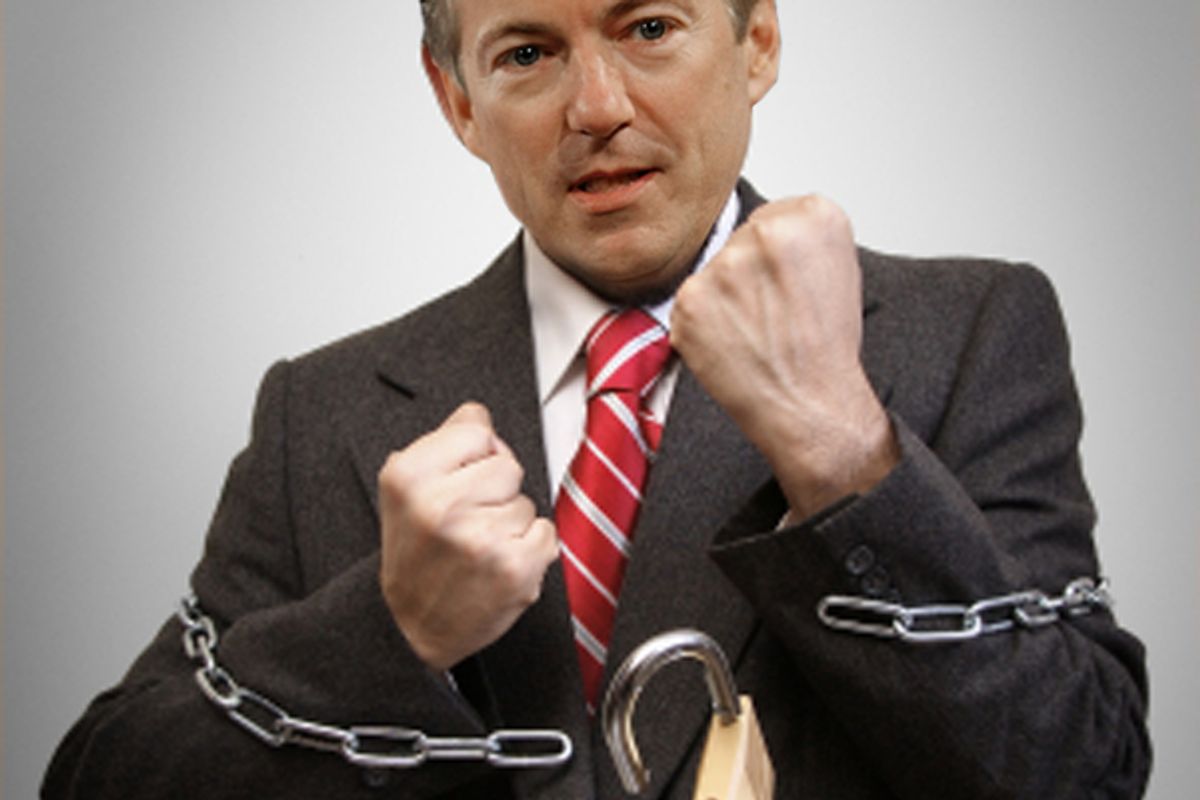 Rand Paul is stupid. Or, at least, he is not very bright. I say that not because I disagree with him politically, but because he regularly says stupid things. Stupid things that he thinks are very clever. (Also, he seems pretty ignorant of the history of the state he was elected to represent and the powers of a senator, but ignorance is different from dumbness.)

So considering his history of smugly saying stupid things, no one should be surprised that Sen. Paul said this:

Offensive, insulting, infused with the self-pitying victimology of the very privileged, and so self-evidently dumb that a college freshman who just discovered Ayn Rand would be embarrassed to have said it. It's a Rand Paul argument, all right! Why are you trying to enslave Rand Paul, by having the government offer him money to treat people? That is literally human bondage. You jackbooted "Medicare" thugs will get Doctor Paul's phoropter from his cold, dead hands!

Has Rand Paul read the Constitution? Serious question! Because it bans slavery, yet it also says people shall "enjoy the right" "to have the Assistance of Counsel" in criminal prosecutions! Does Rand Paul know that we have been enslaving lawyers for 200 years?

The nice thing about Paul is that he makes many Randian arguments sound precisely as stupid as they are. If I were a non-stupid libertarian I would probably not get much joy from Paul's success and prominence.