Michele Bachmann will run for president if you give her $50 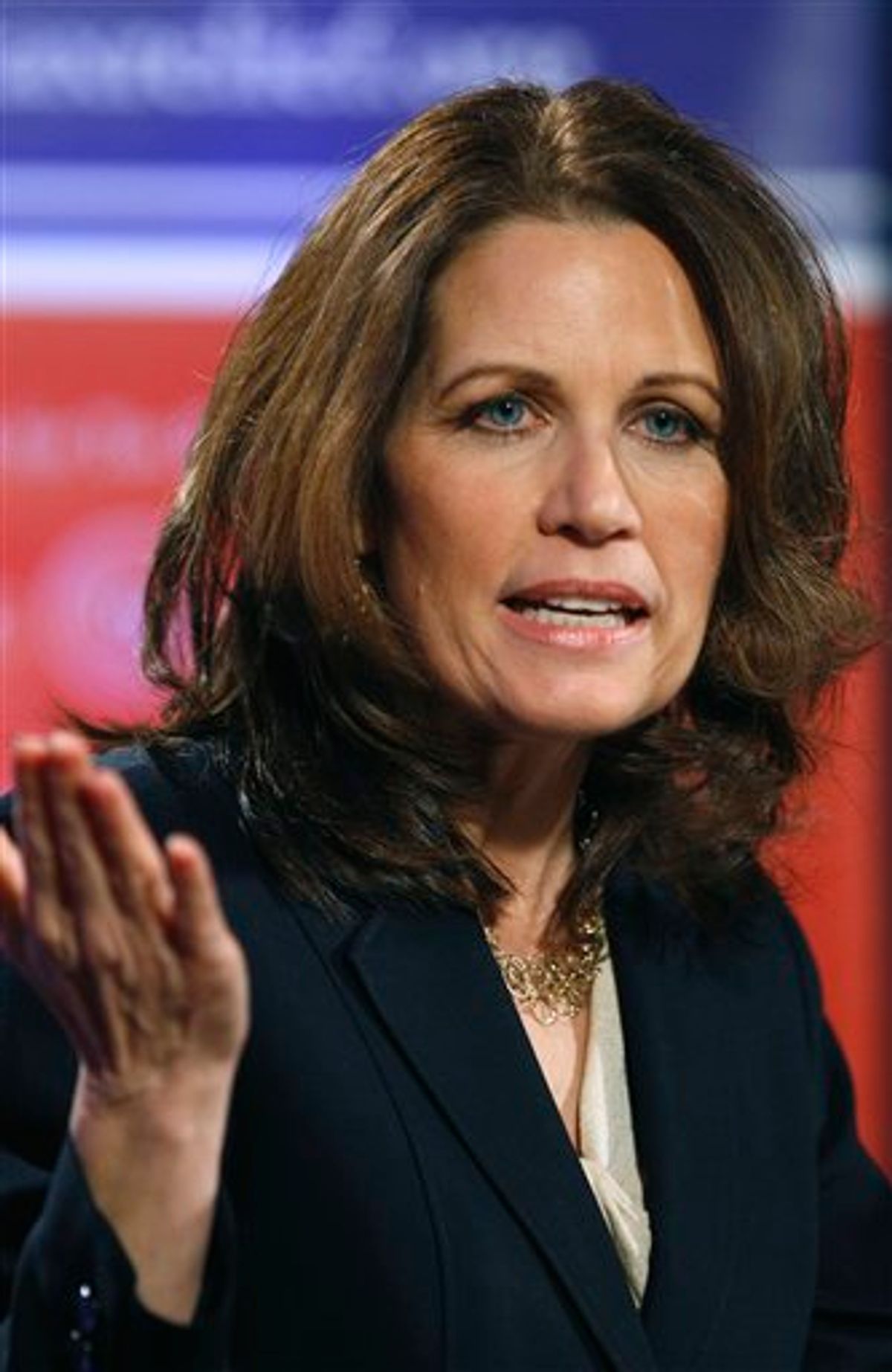 FILE - In this Jan. 21, 2011 file photo, Rep. Michele Bachmann, R-Minn. speaks in Des Moines, Iowa. Now this is a fundraising frenzy. Former Massachusetts Gov. Mitt Romneys presidential exploratory campaign is organizing a big phone bank fundraiser in Las Vegas next month. Former Minnesota Gov. Tim Pawlenty has been holding friendraising meetings in places like Florida, Puerto Rico, Nevada and California. And Mississippi Gov. Haley Barbour has been meeting finance and political operatives in California, Florida and New York while also making more traditional campaign stops in early voting states. GOP presidential hopefuls are scurrying behind the scenes in a cut-throat dash to raise cash and assemble influential backers during the key April-June fundraising period. With the 2012 primary campaign off to a relatively late start, the candidates are under intense pressure to demonstrate their credibility this quarter before a slower summer fundraising season kicks in. (AP Photo/Charlie Neibergall, File) (AP)
--

Rep. Michele Bachmann, R-Maple Street, keeps threatening to run for president. She is currently exploring the formation of an exploratory committee. Despite the fact that she has not yet made her decision, she is already fundraising, because she is only running for president to go on TV and raise money.

The founder of the House Tea Party Caucus sent an email to her supporter list asking them to take a poll about the 2012 race, but what she really wants is for them to vote with their wallets:

How much should one donate to help her decide to just go away forever, though? (I am guessing the answer is, "you couldn't afford it.")

Considering the odd quasi-success of Herman Cain and the fact that the party's base has very little interest in all of the rest of the candidates, Bachmann would probably wield quite a bit of influence in the primaries. It could be fun to watch supposedly serious-minded candidates grovel for her approval once she dropped out, I guess. And these days she's all buddy-buddy with Ron Paul, so maybe she will soon announce that she is also pro-heroin?

I am just looking for some sort of silver lining to the continued, demoralizing political prominence of a person who is very obviously deranged. It's going to be a long election!