Libyan leader taunts that he is "in a place where you can't get me." 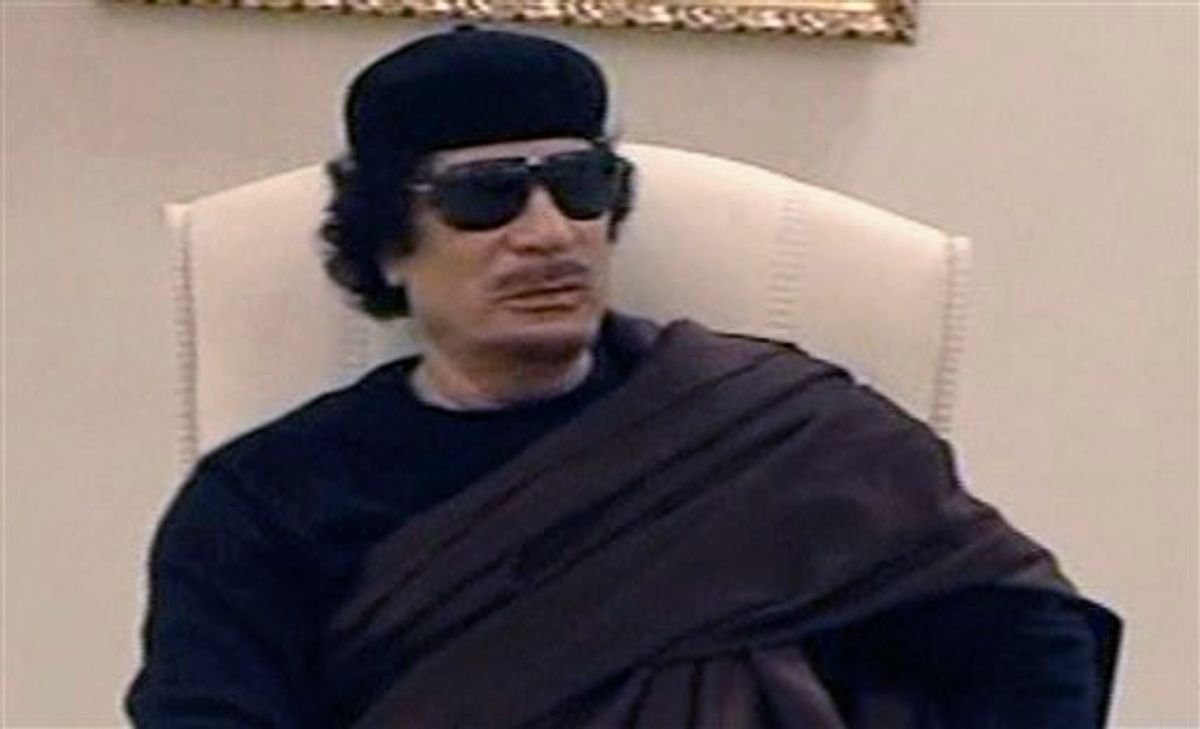 In this image made from Libyan TV, Libyan leader Moammar Gadhafi holds a meeting with tribal leaders from eastern Libya, in Tripoli, Libya, Wednesday, May 11, 2011. (AP Photo / Libyan TV via APTN) TV OUT LIBYA OUT (AP)
--

Libyan leader Moammar Gadhafi says in an audio recording he is alive after NATO attacks and "in a place where you can't get me."

Gadhafi appeared on state TV but has not previously been heard speaking since a NATO attack on a Tripoli residence two weeks ago, which officials said left his son and three grandchildren killed.

He taunts his opponents in Friday's recording, saying he received many calls of concern following a NATO attack on Bab al-Aziziya, his compound in Tripoli. NATO says it hit on a command and control bunker complex.

Gadhafi says "I tell the coward crusaders. I live in a place where you can't get to me. I live in the hearts of millions."