Laura Prepon is Chelsea Handler (kind of), Amanda Peet's in love with the help, and the return of Buffy's Giles 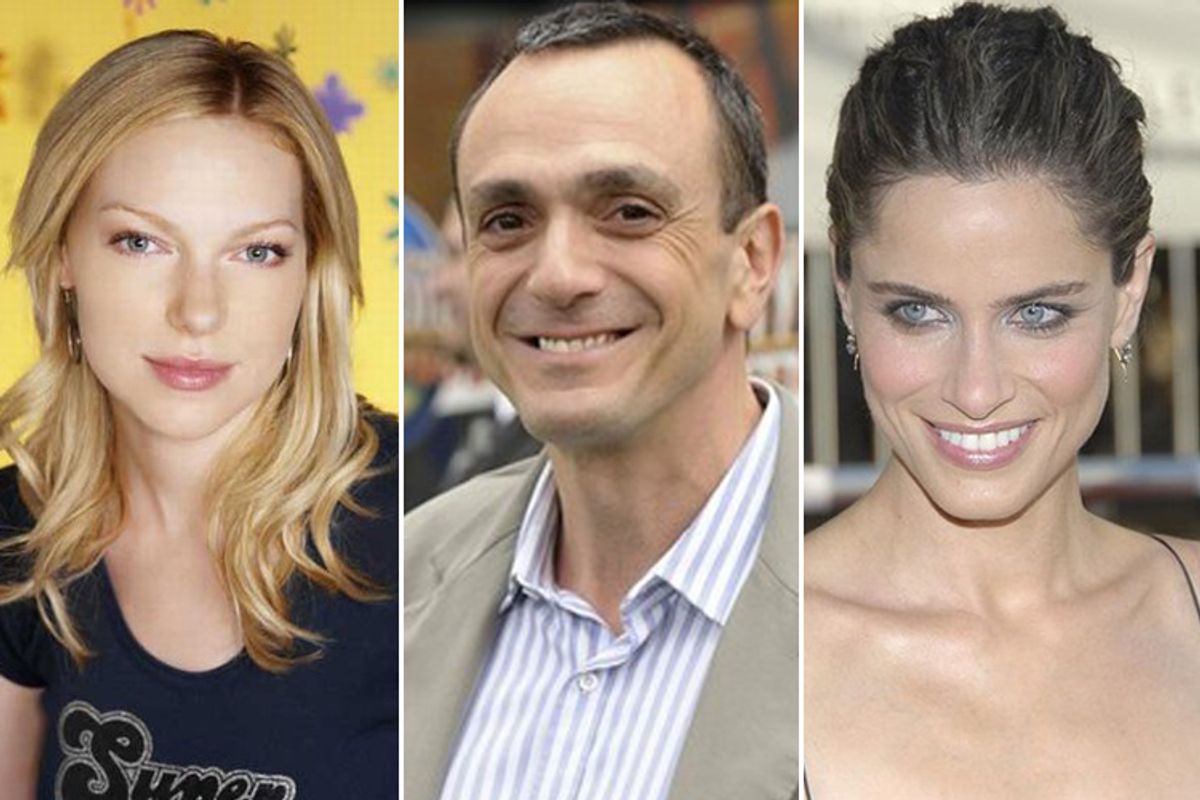 It's been a good week for "That 70's Show" alumni. First Ashton Kutcher got himself the world's sweetest gig taking over for Charlie Sheen on "Two and a Half Men," and now Laura Prepon (Donna) has just snagged the lead in one of NBC's four new comedies.

"Are You There, Vodka? It's Me, Chelsea" has been adapted from Chelsea Handler's memoir into a scripted sitcom starring Prepon as Handler. So was Elizabeth Banks not available, or is there just a rule against appearing on too many NBC sitcoms in one year? Because as much as I loved her as Donna, I'm not sure Prepon can pull off Chelsea's wackiness.

Meanwhile, three other shows have been picked for the peacock's lineup, including "Free Agents," an American remake of a British comedy about the romantic lives of P.R. executives. Exciting! Hank Azaria and Kathryn Hahn star in the Americanized version along with Anthony Head (Giles from "Buffy"), who will be reprising his role from the original series.

Then there is "BFFs," which I refuse to discuss until it starts spelling itself correctly. You're a TV show, not a text message. Get it together, iCarly.

"Bent" is a divorced Amanda Peet falling for her contractor, David Walton. What's keeping them apart? She's rich and he's a surfer. I'm giving it two episodes before that gets tired.

Out of all these shows, I have the most hope for "Free Agents," which NBC is clearly hoping will have the same cross-pond success as "The Office." Azaria hasn't been given a lead for a long time, and has been wasted in countless movies as the douchey boyfriend of the female love interest.

I've saved the best news for last: "Outsourced" has been canceled! Thank the lord. So has "The Event," proving that, no, America wasn't really dying for a show that combined "Lost," "24" and aliens.