The Libyan government cut money to the Libyan-North American Scholarship Program after the U.S. froze its assets 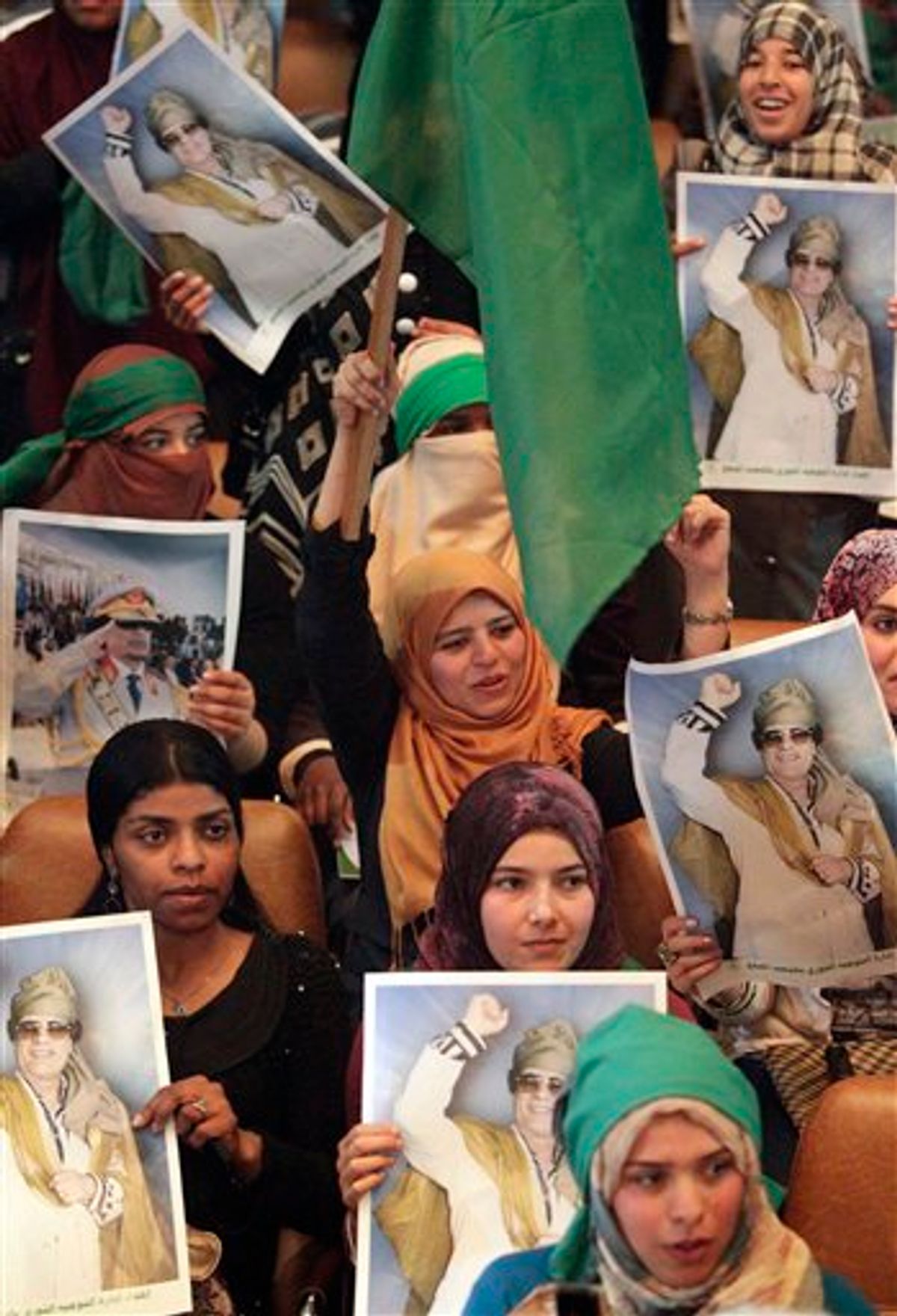 Educators say about 2,000 Libyan students who attend college in the United States are losing financial support from their home government.

The Spokesman-Review reports the Libyan government stopped funding the Libyan-North American Scholarship Program after the U.S. froze about $30 billion of its assets.

Nearly 40 Libyan students at Washington State University are among an estimated 2,000 nationwide who no longer will receive money for education and living expenses from the Libyan government at the end of the month.

Students who can't afford to pay expenses out of their own pocket could lose their visas. They can seek temporary protection, apply for asylum, or return to Libya. But those opposed to Col. Moammar Gadhafi's regime fear retribution if they go back.