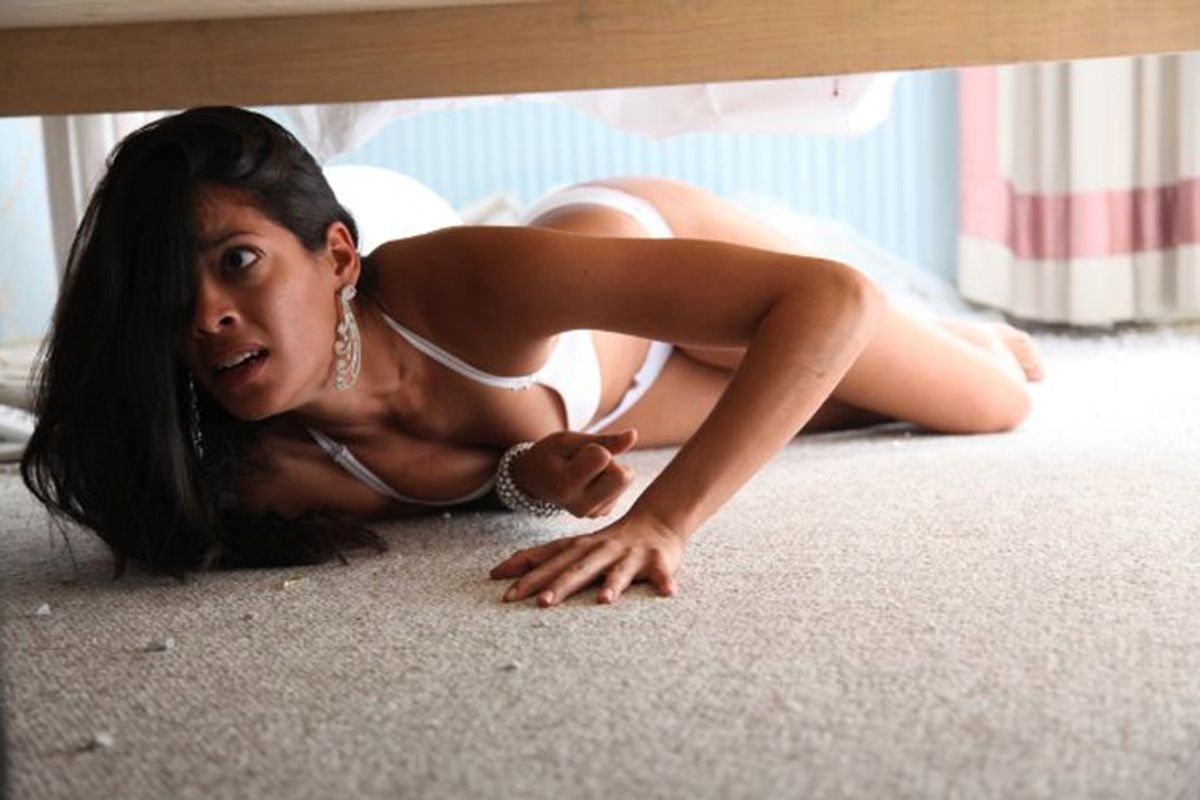 CANNES, France -- Despite this festival's long-standing reputation as a home for worthy and difficult dramas where nothing happens, its programmers have begun to embrace genre movies in recent years. Our first 2011 example arrived on Friday, with the premiere of Mexican director Gerardo Naranjo's pulse-pounding "Miss Bala" in the Certain Regard competition. I heard one prominent critic in the hallway after the screening complaining that some of Naranjo's plot twists were implausible, but give me a break. First of all, much of Naranjo's point is that almost nothing is implausible in the upside-down world of Tijuana, where it's nearly impossible to identify a clear line between cops and criminals. Secondly, while "Miss Bala" strives for a naturalistic feeling and draws on some recent criminal history, it's a bullet-riddled downhill thrill ride about a would-be beauty queen and a drug lord, not "The Bicycle Thief."

I don't have time for a full review right now, but this movie's definitely worth a quick shout. A canny and stylish director who was trained in the United States and has worked on both sides of the border, Naranjo has already made a couple of film-festival favorites ("DramaMex" and "I'm Gonna Explode") and may reach international fame with "Miss Bala." It tells the story of leggy, likable Laura Guerrero (Stephanie Sigman), a 23-year-old who leaves her home on the outskirts of Tijuana one day in hopes of auditioning for the Miss Baja pageant. (The film's title is a play on words; "bala" is Spanish for bullet.) I'm tempted to tell you what happens in the heartbreaking scene when Laura finally reaches the pageant stage, but I won't. Let's just say that this is one of those movies where a normal person takes one step off the straight and narrow path and winds up on the highway to hell.

Simply by walking into the wrong nightclub, Laura comes face to face with a notorious narcotraficante named Lino (Noe Hernández) in a situation where he could easily decide to kill her. He doesn't, maybe because she's cute and maybe because she could be useful, but mostly for the hell of it, and then we're off to the races. Over the next few days Laura witnesses numerous bloody shootouts between Lino's gang and various Mexican and American law enforcement agencies, smuggles guns and weapons across the border, seduces a police commander and tries on several expensive dresses. She tries to get away from Lino periodically, but maybe not as hard as she might -- her father and little brother are in danger, and after all there's a beauty pageant to compete in. Terrifically choreographed, violent and amoral, but never wantonly cruel, "Miss Bala" is another impressive Mexican breakthrough.