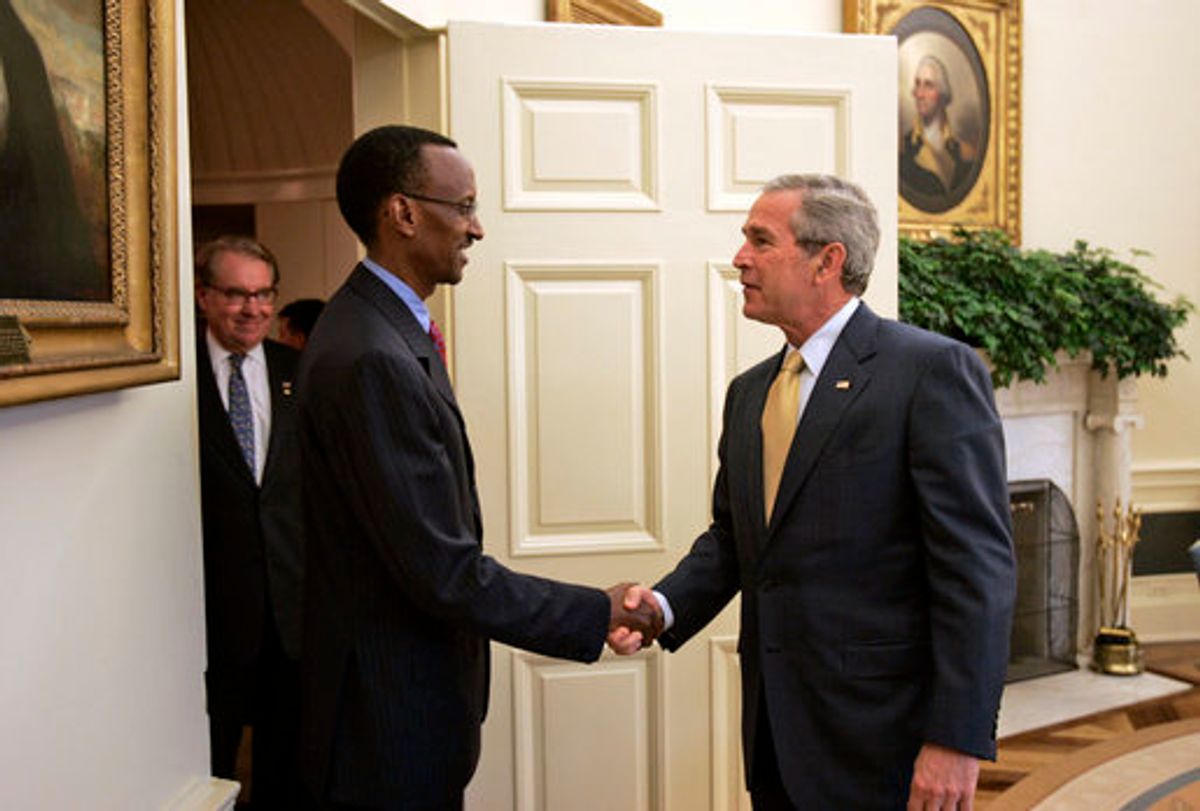 When a British journalist tweeted that Rwanda's longtime president was "despotic and deluded" he got a sharp reply -- from the African leader himself, setting off an unprecedented online spat between a head of state and one of his critics.

President Paul Kagame fired back with 14 tweets, including one in which he told journalist Ian Birrell simply: "Wrong u r."

Even Rwanda's foreign minister chimed in, telling Birrell in a tweet: "wld u care 2 know what 11.000.000 Rwandans think of Paul Kagame b4 u spread ur formed opinion? 2 big a challenge 4 u?"

Birrell, a former editor at The Independent newspaper and a former speechwriter for British Prime Minister David Cameron during his 2010 campaign, sparked the exchange Saturday by tweeting: "No-one in media, UN or human rights groups has the moral right to criticise me, says despotic & deluded (Kagame)."

The same day, along came a comment Kagame himself: "Not you either...no moral right!"

Kagame appears to closely monitor Twitter for any mentions of Rwanda. His official feed is dominated by notes of thanks to others who have tweeted Rwanda-related developments.

Kagame is renowned for his role in helping to end the 1994 Rwandan genocide during which more than 500,000 people were slaughtered, though human rights groups have questioned his record in recent years. He was re-elected last year after opposition parties were banned from the vote. An opposition Rwandan journalist was killed and a top opposition political party said some of its members were beaten by police while in detention.

In one of his tweets, Kagame said that while the U.N., human rights groups and the media often criticize, they have serious flaws themselves that they don't like to have examined.

"It is great (Kagame) engaging with a critic like me on Twitter," Birrell noted. "Just shame he doesn't allow such debate in Rwanda with his own people."