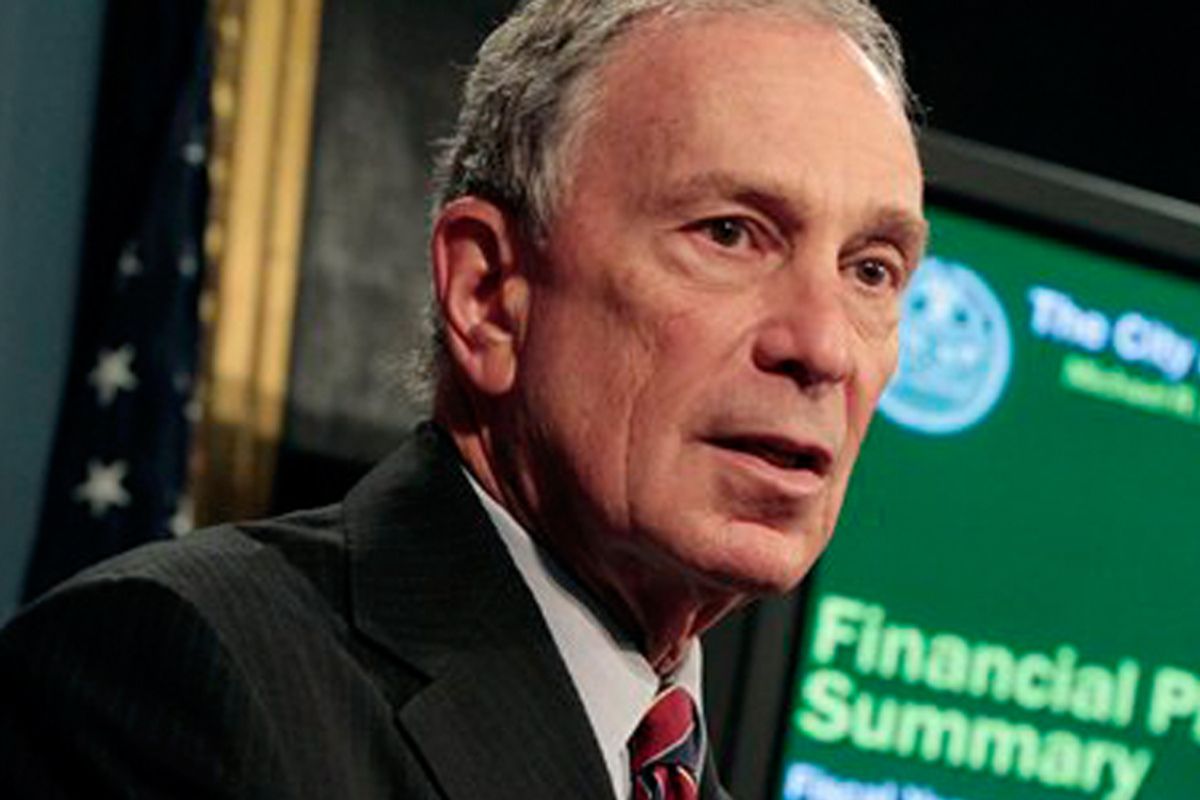 In the age of information overload, Twitter plays many roles. It keeps friends in touch, broadcasts breaking news and spreads pithy aphorisms. Most important of all, though, it provides the platform upon which many political memes are first kneaded into the culture.

This is why following political journalists on Twitter is one of the best ways to remain media literate in our Idiocracy. Doing this doesn't teach you much about actual news, because today's political journalists more often trade in speculation, prognostication and gossip. But you do get to see in real-time how media narratives are synthetically manufactured, and how factually inaccurate those memes are from their very conception.

Case in point is this weekend's tweet from Michael Barbaro. As one of the New York Times' top metro reporters, he helps sculpt the prism of assumptions through which New York City politics are debated and discussed. On Saturday, he constructed a storyline about the city's wildly unpopular mayor, Michael Bloomberg -- a storyline deliberately suggesting that Bloomberg is now despised by huge portions of the city only because he's just so darn principled in his supposed defense of "freedom." Tweeting to a followership comprised of fellow politicos and reporters, Barbaro wrote the following (which was subsequently blasted out to other media outlets by Bloomberg's deputy mayor Howard Wolfson):

As mayor of the Big Apple, Bloomberg is a national political figure -- and his positions supporting dissident Chinese artist Ai Weiwei, backing gay marriage and defending the right of an Islamic center to be built in Lower Manhattan are certainly of national interest, laudable and pro-freedom. However, two of those three positions (Ai Weiwei and gay marriage) are hardly politically courageous in a socially progressive city like New York. More important, citing these three isolated examples to declare Bloomberg "The Freedom Mayor" who represents a "full-throated defense of liberty" is a propagandistic whitewashing of his larger anti-freedom record -- and such hagiographic sloganeering is particularly disturbing coming from an allegedly objective meme-shaper like Barbaro.

Bloomberg, you may recall, is the autocrat who tried to make it all but impossible to peacefully protest the 2004 Republican National Convention in New York. Specifically, he barred protesters from key public spaces and oversaw what the Washington Post notes was "the largest number of arrests associated with any American major-party convention" -- arrests that were often made without any charge. Barbaro's own paper later revealed that contrary to his public denials, the mayor had police "covertly monitor political activity" as they spied on protesters before the convention even started.

OK, you say, even if all that's true -- is Barbaro right that Bloomberg has now become Mr. Liberty in his third term? Not even close.

As Barbaro's newspaper recently reported, Bloomberg has made New York the city that "arrests more of its citizens for using pot" than any other on earth. Indeed, the "Freedom Mayor" is so committed to using police power against his own citizens that he's spending an extra $75 million a year on such marijuana arrests at a time when he is also citing budget shortfalls to justify massive education cuts. Worse, Bloomberg -- who, of course, opposes marijuana policy reform -- has disproportionately targeted black and Latino neighborhoods for such arrests, contradicting his previous assertions that he's against racial profiling.

At the same time, NBC New York reports that the overall "number of stop-and-frisks performed by the NYPD has increased dramatically" under the Bloomberg administration -- the same Bloomberg administration which used those stop and frisks to create a massive police database of innocent citizens for future surveillance. Not surprisingly, as more critics now seek information about Bloomberg's record on civil liberties, the "Freedom Mayor" recently dispatched city lawyers to try to halt a court order telling his administration to release data about how many people have been gunned down by his police force.

On top of all of this, Bloomberg is now the leading political voice for the Big Brother-ization of America. That's right, in the very week Barbaro was cheering on Bloomberg's supposed "full-throated defense of liberty," the mayor was in Britain to figure out ways to intensify his regime's already unprecedented use of camera surveillance. When previously asked about civil liberties issues related to such surveillance, the "Freedom Mayor" publicly lambasted questioners as "ridiculous," refusing to even address the substance of their queries.

All of this means one of two things -- each with their own troubling implications.

The first possibility is that one of the New York Times agenda-setting metro reporters is simply ignorant of Bloomberg's record. Barbaro, of course, could never admit that to be the case because A) he is professionally employed to know the ins and outs of Bloomberg's record and B) many of the facts of Bloomberg's anti-freedom record have been reported by his own newspaper. But it's certainly possible that, denials aside, Barbaro's self-declared posture of reporting on Bloomberg -- i.e. reporting on him as "The Freedom Mayor" and setting up "The Freedom Mayor" as a new meme -- is a larger commentary on the sheer, unadulterated ignorance that often defines political media today.

The second possibility is that Barbaro knows about the Bloomberg administration's stunning arrest rates, institutional racism, database tracking system, surveillance policies, and suppression of public records, but that Barbaro simply doesn't care about all that because it's a part of the record that gets in the way of Barbaro's political starfucking.

This is a very real possibility not just because journalism in general has become more about sucking up to politicians than challenging them, but because that dynamic of subservience is particularly amplified when it comes to Bloomberg. He is, after all, the owner of a major media conglomerate that -- as Barbaro himself reported -- is now in the process of rescuing has-been reporters from the unemployment rolls. That prospect of a future lucrative journalism job may be a powerful factor driving reporters like Barbaro to dishonestly shape their coverage to make it more favorable to Bloomberg.

Whether ignorance or willful deception is at work here, the bottom line is clear: Be on the lookout for more of such whitewashing from New York's press corps. In a mediascape that is part Orwell and part Vonnegut, war is peace, ignorance is strength and now Michael Bloomberg is the Freedom Mayor. So it goes, from Twitter's 140 characters and out to the world.