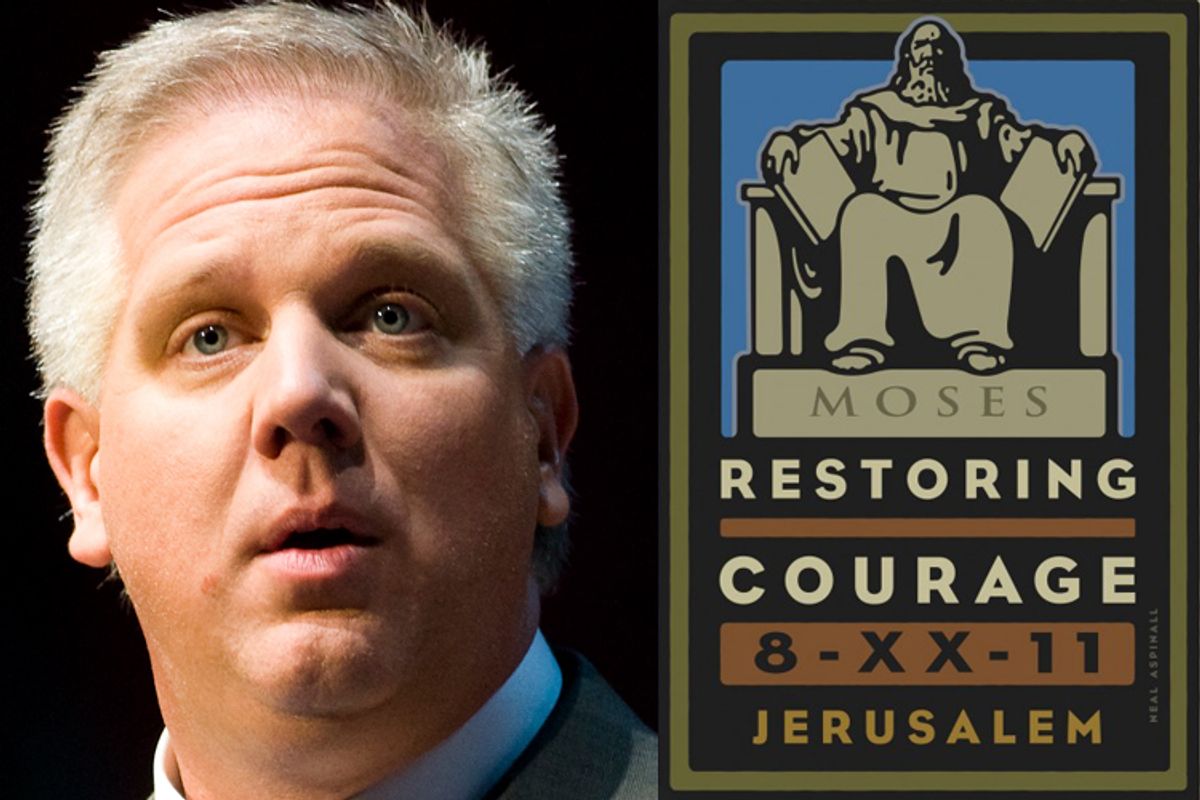 Glenn Beck announced on his radio show Monday that he is planning to hold a rally in Jerusalem in August called "Restoring Courage." Beck's "Restoring Honor" rally drew hundreds of thousandsWashington, D.C. in August of 2010, but Beck said that drawing as many to Jerusalem will be more difficult.

Beck told his listeners that a disaster is about to strike Israel, and that unspecified enemies "are going to attack the center of our faith, our common faith, and that is Jerusalem. And it won't be with bullets or bombs. It will be with a two-state solution that cuts off Jerusalem, the old city, from the rest of the world. "

Translation: The rally will be filled with ambiguous messianic rhetoric and will oppose any sharing of Jerusalem between Israelis and Palestinians, both of whom claim the city as their national capital.

The announcement comes just days after Beck returned from a surprise trip to Israel, during which he visited tourist sites, broke his raw food diet, and donned a yarmulke. (One Israel press report also said Beck would be meeting Prime Minister Benjamin Netanyahu, but if that happened, it was not publicly reported.)

Beck, a Mormon, has not always had the best relations with the Jewish community. He, for example, took flak last year for a week-long attack on the liberal philanthropist -- er, "Puppet Master" --George Soros that was steeped in anti-semitic tropes. The Anti-Defamation League ultimately forgave Beck because of his right-wing pro-Israel stance.

It's not clear whether Beck has much of a listenership in Israel, and it seems unlikely that this rally will be anywhere near as well-attended as the event in Washington last year.

Here's the video of the announcement: