Why was Child Protective Services called on Mariah Carey? 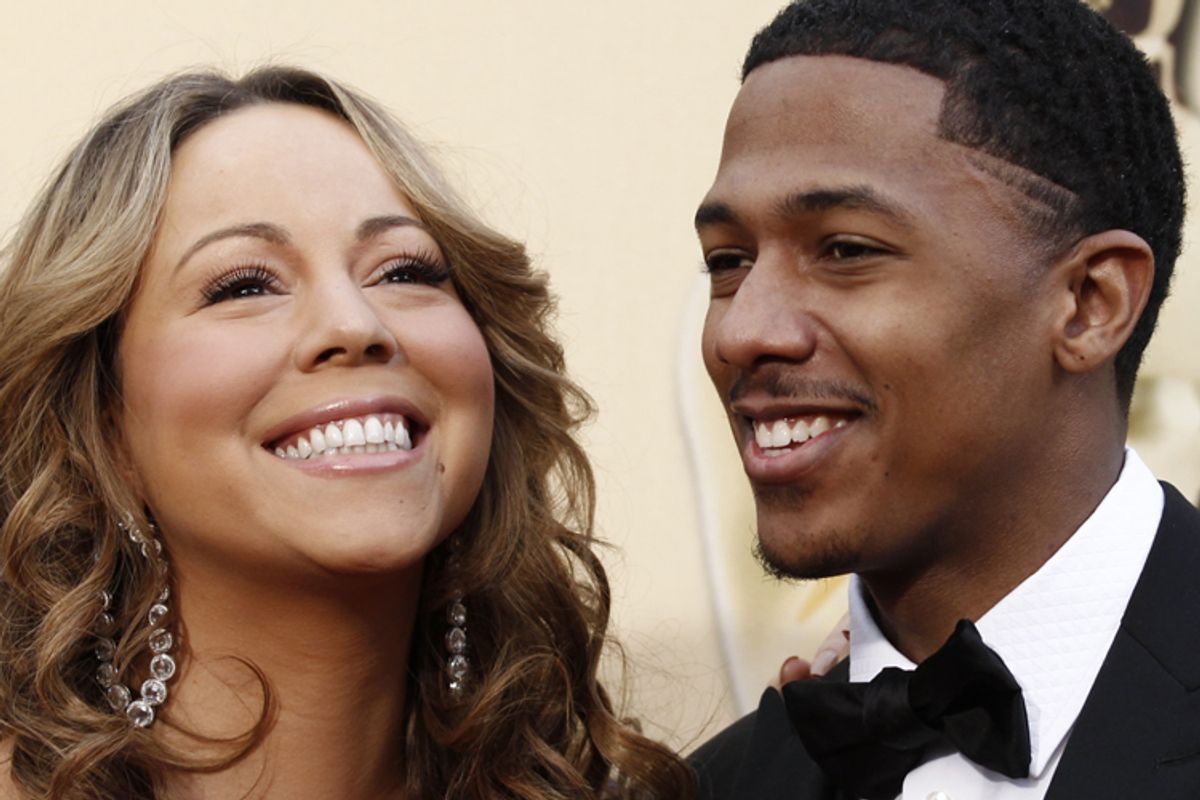 You never forget the first time you hold your baby in your arms. The first time you change his diaper. The first time Child Protective Services comes knocking on the door. OK, so maybe Mariah Carey's family will mark different milestones than some us. Speaking on Piers Morgan recently, Carey's husband, Nick Cannon, explained that shortly after the birth of their twins on April 30, the authorities were called with "allegations that there was some drinking and drugs going on while in the hospital."

The accusation, Cannon says, "makes no sense -- how would a hospital even allow that?" His theory on how the rumor started? "A nurse suggested to my wife that if you drink Guinness -- a small amount of Guinness, the dark beer, that the yeast improves breast-feeding. I guess someone overheard that. Then they were saying that my wife was drinking beer and all that stuff ... When I spoke to the person from Child Protection Services, they said, 'This is ridiculous, we're going to make sure this isn't the case.'"

Of course it's possible there's more to the story than meets the eye. For the 42-year-old new mom to be drinking so soon after a C-section, when she was likely still on pain meds,  doesn't sound like the greatest advice a nurse could give. And Cannon's assertion that "It's really sad when you think about people trying to make a buck off newborn babies" might have more credibility coming from a guy whose wife wasn't naked on an "ALL ABOUT THE BABIES!" magazine cover just last month.

But is the idea of CPS being called in over a beer far-fetched? Well, when you consider that pregnant women routinely get kicked out of bars -- whether they're drinking or not -- it's not such a stretch to consider that the butting in doesn’t stop when her womb releases its offspring. And if you know that moms can find themselves defending their parenting to CPS because a kid wanders off without shoes, it's likewise not hard to see how a celebrity's maternity ward brew could turn into a tabloid fiasco.

Carey, she of the memorable "TRL" meltdown and subsequent hospitalization for "exhaustion," has spent her public life attracting criticism and second-guessing. She seems to have figured out long ago how to take it in stride -- and any diva who will tweet a photo of her giant, butterfly-painted abdomen is one who likely doesn't give a crap about what anyone thinks of her Guinness consumption. She also knows that if anybody wants to call CPS on her, she's got the financial means to dispute it.

But whether you're Mimi or just a new mom hoisting a pint, it's undeniable that once you reproduce, your world suddenly becomes chock-full of people who believe you're entitled to their opinions about your behavior, from the beverages you drink to why your kid is crying so loudly to whether your baby should be wearing a hat. It's absurdly easy to fail as a mother in the eyes of others, to have your humanity and fallibility branded as incompetence. And with a few different circumstances, with investigators maybe not so quick to brush it off, it could easily spiral into a reputation-shredding nightmare. As Cannon told Morgan, "To even have to deal with that, with my wife in the state that she's in while we're in the hospital, to even have to think about someone possibly wanting to investigate your children ... it's sad at the end of the day."