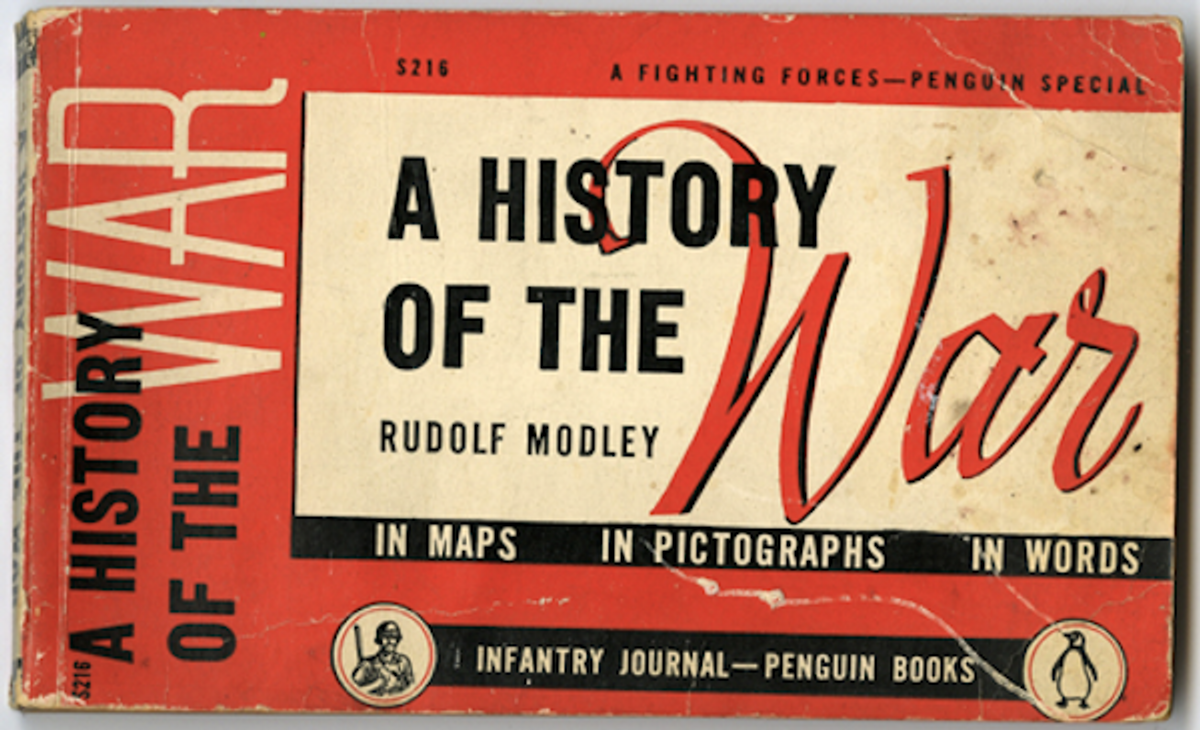 The above book published by Penguin, originally issued at the outbreak of American involvement in World War II, was devised by Rudolf Modley, the pictograph expert and associate of Otto Neurath. In over 100 charts, maps and pictographs, the events and strategies leading to war are made accessible to the average GI. With information graphics in such vogue these days, this early adoption is of interest. Here's what Modley had to say in a 1944 reprint (the war was not yet over):

In November 1941 the U.S. Army, realizing the need to acquaint American soldiers with the events leading up to the defense preparations then in progress, invited several eminent scholars to draw up a series of fifteen lectures to be used as guides by speakers in Army camps ...

He noted that by 1943 the Orientation was more comprehensive:

It was now possible to rework the material into an entirely new book. The contents have been enlarged and reorganized. A second color has been added to the illustrations. Most of the maps and pictographs have been redone and a good part of the text has been rewritten.

Maps ... are the most logical medium to present campaigns and areas of present or future combat. Economic warfare involves resources of the combatants and their mobilization. Pictographs are the logical medium for the presentation of this part of the story as well as the description of the techniques, tools and organization of warfare. Words are used to guide the reader through the events, to provide necessary explanation and to bind the material together in one unit.

The information is rather simplistic given today's knowledge of the war's complexities. But Modley was a master at clarification through graphics. And this book, though not among his most famous, is a good example of how to inform using visual aids.