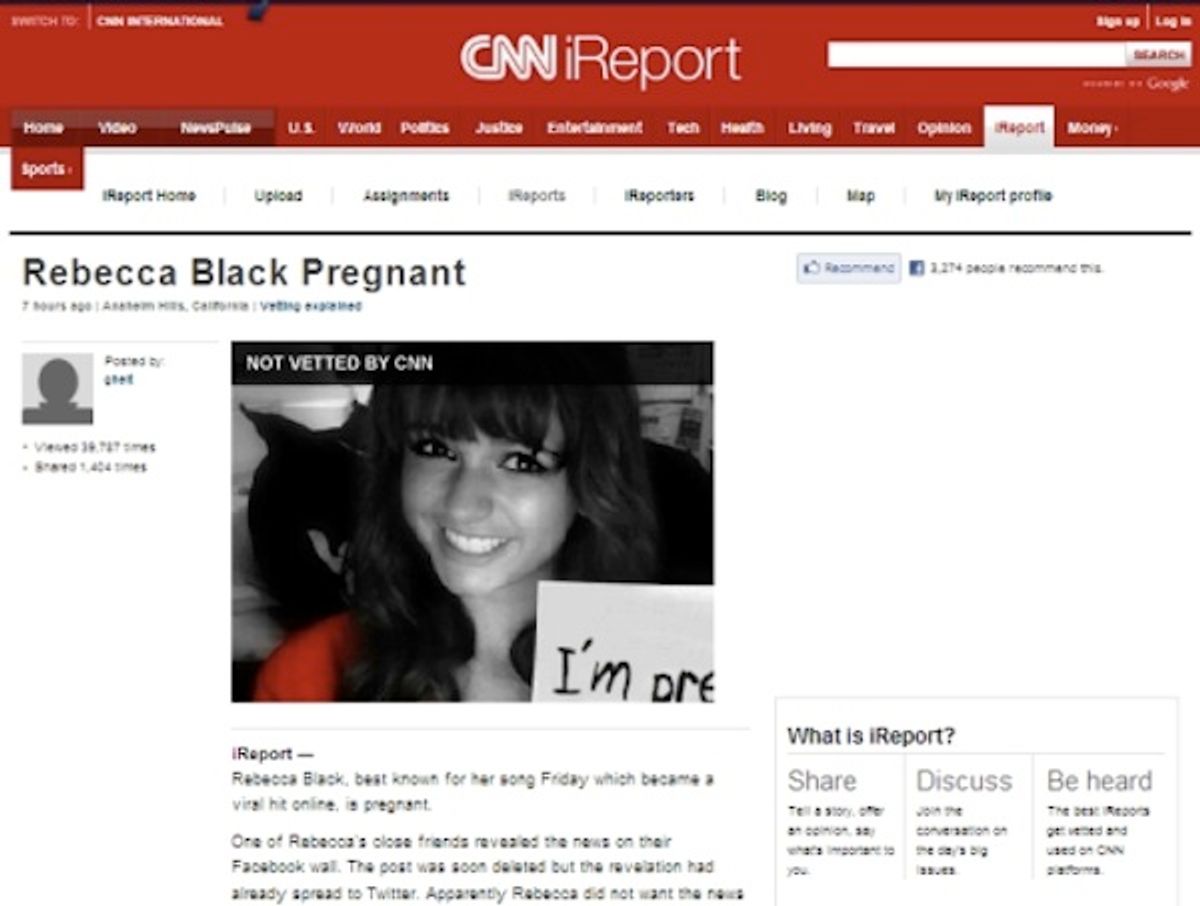 It’s been almost two months since the world took a collective dump on Rebecca Black, a 13-year-old girl from Anaheim Hills whose only crime was singing a catchy (if insipid) pop song. Though her single from ARK Music Factory hit 5 million views on Youtube in one weekend, it also spawned countless parodies, intense examples of cyber-bullying and a condescending Andrea Channing interview. After the Internet realized what a mean girl it had been, everyone kind of silently agreed to forget about "Friday" and lost interest in Rebecca … until this weekend.

First, a little background: CNN has a website called iReport, which is the network's attempt to cash in on that citizen journalism craze, and where anyone can post a story and have it headlined under the cable news' brand. Which is great for CNN if one of their self-appointed journos is first on the scene when a plane crashes into the Hudson River, but not so much when it begins operating like a 4Chan backchannel.

This weekend, someone posted a pretty terrible Photoshop of Rebecca Black holding up a sign announcing that she was pregnant. By "terrible" I mean both that it was a bad thing to do, and also that it was very poorly done. Here's the doctored photo that appeared on iReport's page next to the actual picture that Black had originally posted.

Very realistic MSPaint job, and you can totally see how this photo would be taken as the God's honest truth and passed around the web like a juicy piece of high school gossip. Eventually, Rebecca was forced to comment on the story from her Twitter account:

I thought it was May 15th...not April Fools Day. I'm absolutely NOT pregnant.

The story has since been taken down from iReport.