In a brash article, the comedian explains all you need to know about the former "Two and a Half Men" star 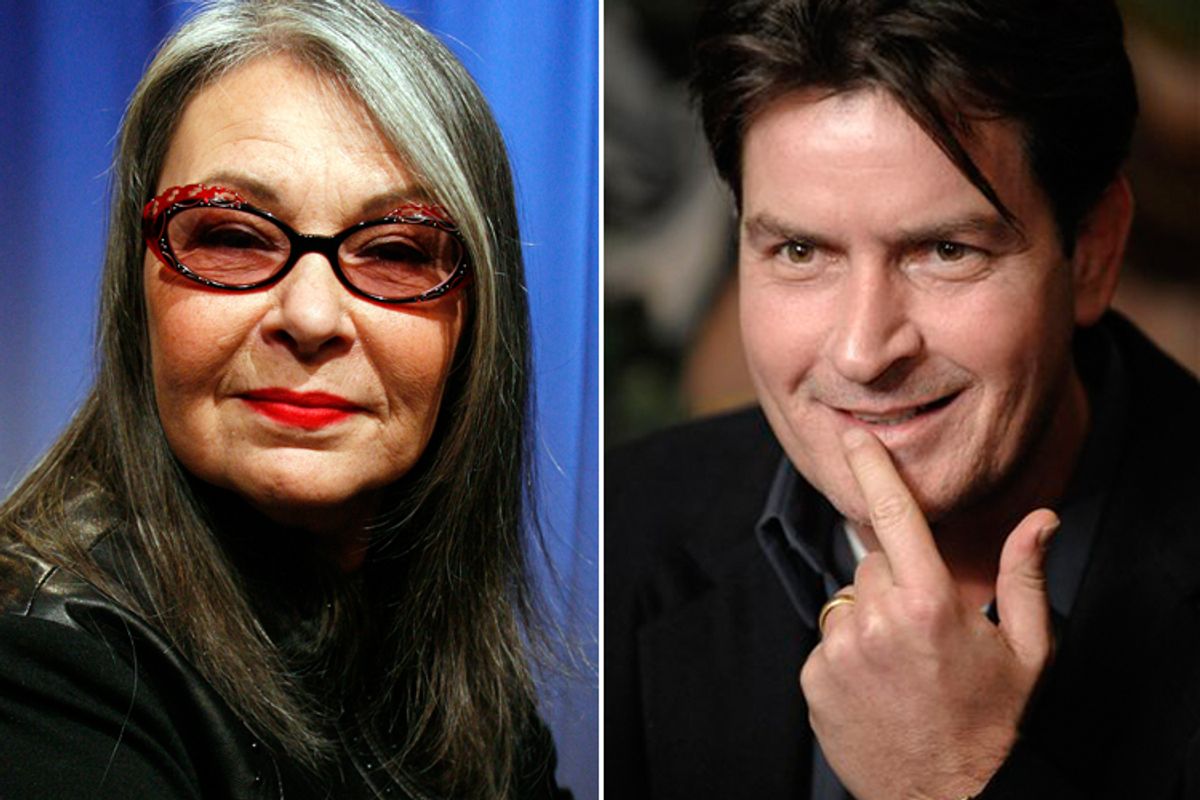 Roseanne Barr may have retreated from the limelight and be working some seriously stunning gray hair these days, but she hasn't mellowed a bit. Thank God.

In a fearless piece on her life inside the television comedy bubble for New York magazine this week, the legendarily loudmouthed comedienne opens up about her admiration for Dave Chappelle, her rise to fame, her disdain for television's "enterprising, overmedicated, painted-up, capitalist whores claiming to be housewives," her thoughts on "starring on a sitcom, fighting with producers, nasty divorces, public meltdowns, and bombing through a live comedy tour" – just like another famous television star. But while she admits she knows it's like to "brag about winning when one is actually losing," don't compare her to Charlie Sheen.

"Charlie Sheen was the world’s most famous john, and a sitcom was written around him," she writes. "That just says it all." And in the most acidly funny observation we'll likely read all week, she lays it on the line: "Doing tons of drugs, smacking prostitutes around, holding a knife up to the head of your wife—sure, that sounds like a dream come true for so many guys out there, but that doesn't make it right!" All you other would-be winners out there, take some advice from one of television's greatest moms.