I was right, Chris Matthews was wrong 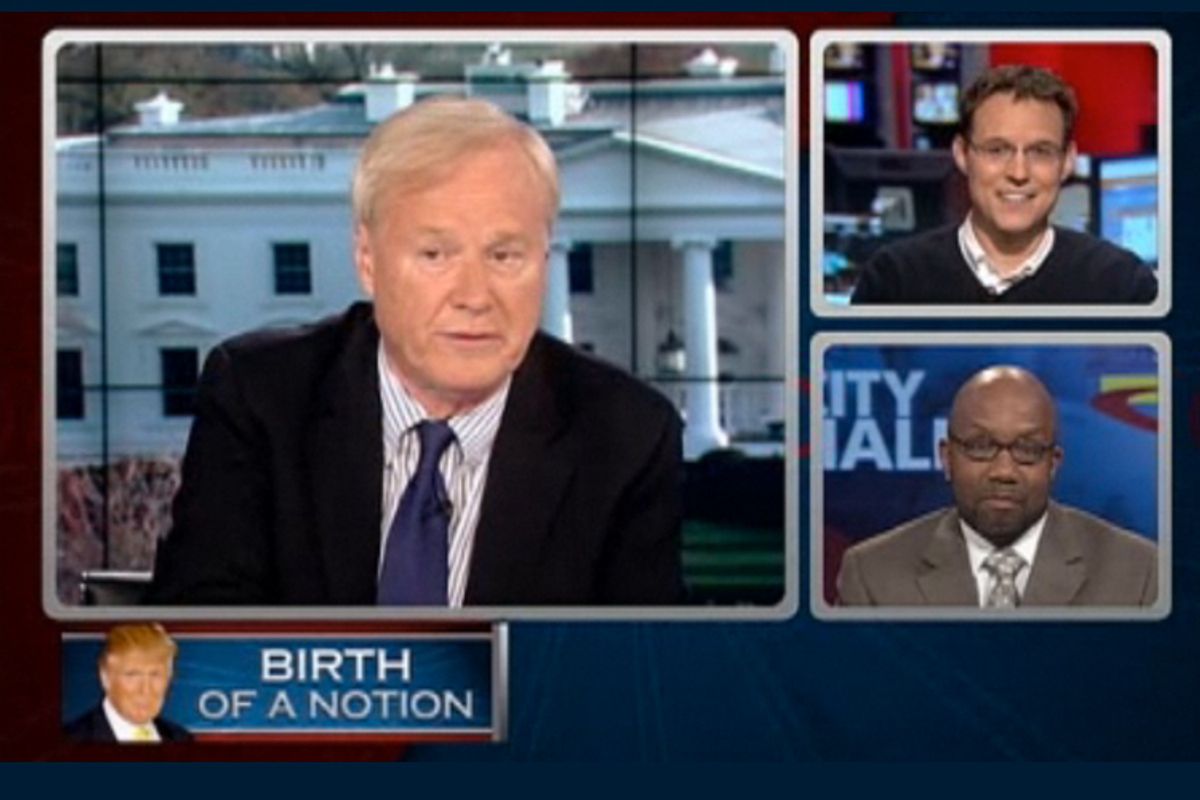 My betting career, such as it is, is marked with humiliating failure. I liked San Diego State to win this year's NCAA tournament, loved Penn State in the 2009 Rose Bowl, and have bet more than one 20th place finisher in the Kentucky Derby. I may also have put money on the Washington Generals once or twice.

So please forgive me for bragging, but I don't get to do this much: I finally won a bet.

Regular Salon readers may recall that, when Donald Trump began pretending to run for president a few months ago, I staked my entire savings account -- a muscular $184.27 -- on the proposition that he would ultimately back out, long before a single primary ballot was cast. I was hardly, to be sure, the only political observer to realize that Trump -- an accomplished media manipulator and veteran of two previous fake presidential campaigns -- was full of it, but I'm pretty sure I was the only one to put his life savings up. And I held my ground even when Trump's over-the-top antics momentarily propelled him to the top of some GOP polls. And now he's out, and my money is safe.

My condolences to Jeffrey Stafford, the Salon reader who won our contest and who would have been eligible to receive my $184.27 if Trump had actually run. But don't despair, Jeffrey: The Donald seems to do this every 12 years, so you'll have another chance in 2024.

I can think of no better way to close this contest -- and our short national nightmare -- than with a clip from my last appearance on "Hardball," back in early April, when Trump was riding something called "birtherism" to surprising polling success. I tried to tell Chris Matthews why it was a temporary phenomenon that said far more about the state of the GOP field than about Trump's "seriousness," but....eh, just watch for yourself. The fun really starts in the last minute or so: