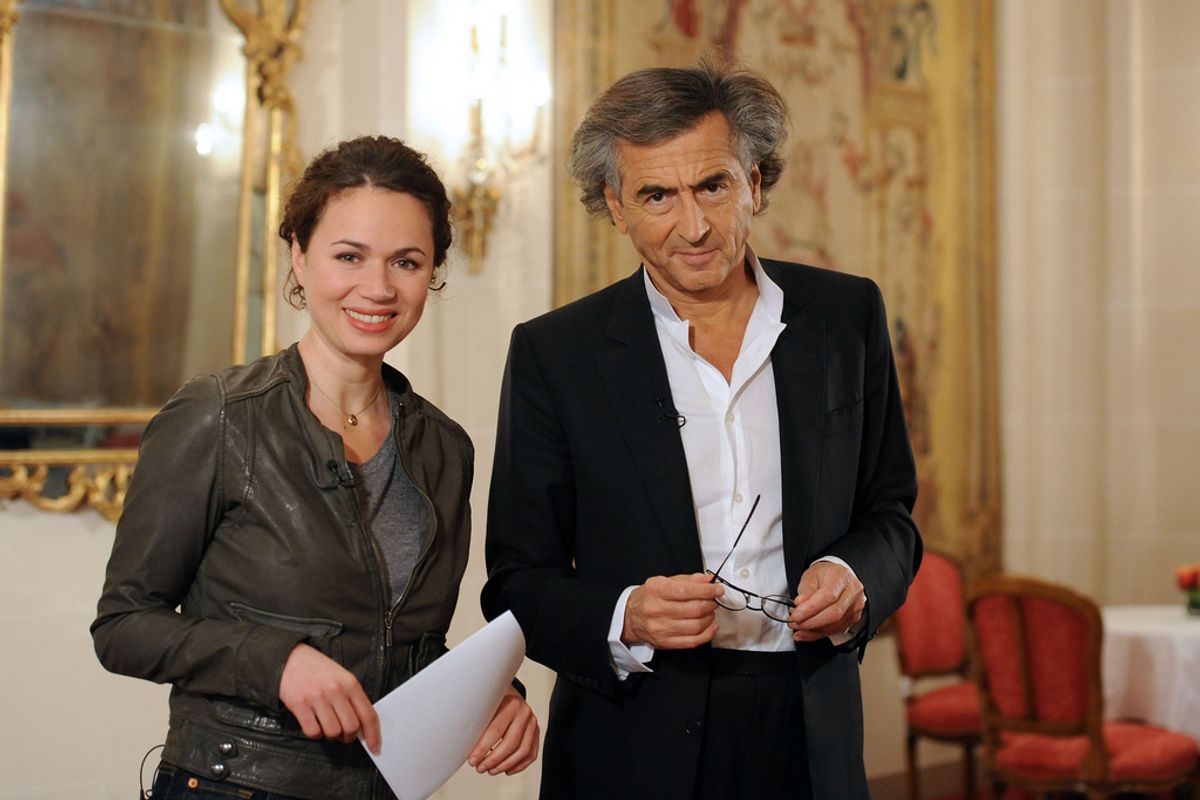 This column by French philosopher/unbuttoned shirt-wearer Bernard-Henri Lévy, written in defense of his friend Dominique Strauss-Kahn and inexplicably published by the Daily Beast, should, if there's justice in the world, deal a lasting blow to BHL's reputation:

I do not know—but, on the other hand, it would be nice to know, and without delay—how a chambermaid could have walked in alone, contrary to the habitual practice of most of New York’s grand hotels of sending a "cleaning brigade" of two people, into the room of one of the most closely watched figures on the planet.

And I do not want to enter into considerations of dime-store psychology that claims to penetrate the mind of the subject, observing, for example, that the number of the room (2806) corresponds to the date of the opening of the Socialist Party primaries in France (06.28), in which he is the uncontested favorite, thereby concluding that this is all a Freudian slip, a subconsciously deliberate mistake, and blah blah blah.

Of course there should be a presumption of innocence in the Strauss-Kahn sexual assault case. But BHL is going way beyond that, engaging in baseless conspiracy-theorizing and veering into blaming of the alleged victim. A bit more:

What I know as well is that nothing, no earthly law, should also allow another woman, his wife, admirable in her love and courage, to be exposed to the slime of a public opinion drunk on salacious gossip and driven by who knows what obscure vengeance.

And what I know even more is that the Strauss-Kahn I know, who has been my friend for 20 years and who will remain my friend, bears no resemblance to this monster, this caveman, this insatiable and malevolent beast now being described nearly everywhere. Charming, seductive, yes, certainly; a friend to women and, first of all, to his own woman, naturally, but this brutal and violent individual, this wild animal, this primate, obviously no, it’s absurd.

This morning, I hold it against the American judge who, by delivering him to the crowd of photo hounds, pretended to take him for a subject of justice like any other.

The leader of the French Green Party also decried the fact that Strauss-Kahn was made to do a perp walk like any other defendant.

It's worth remembering here that BHL played a significant role -- after making a covert trip to Benghazi earlier this year -- in convincing President Sarkozy of France, and thus the United States, to bomb Libya. (That story is told here and here.)